If Women Led the World: Midwifing the World Anew 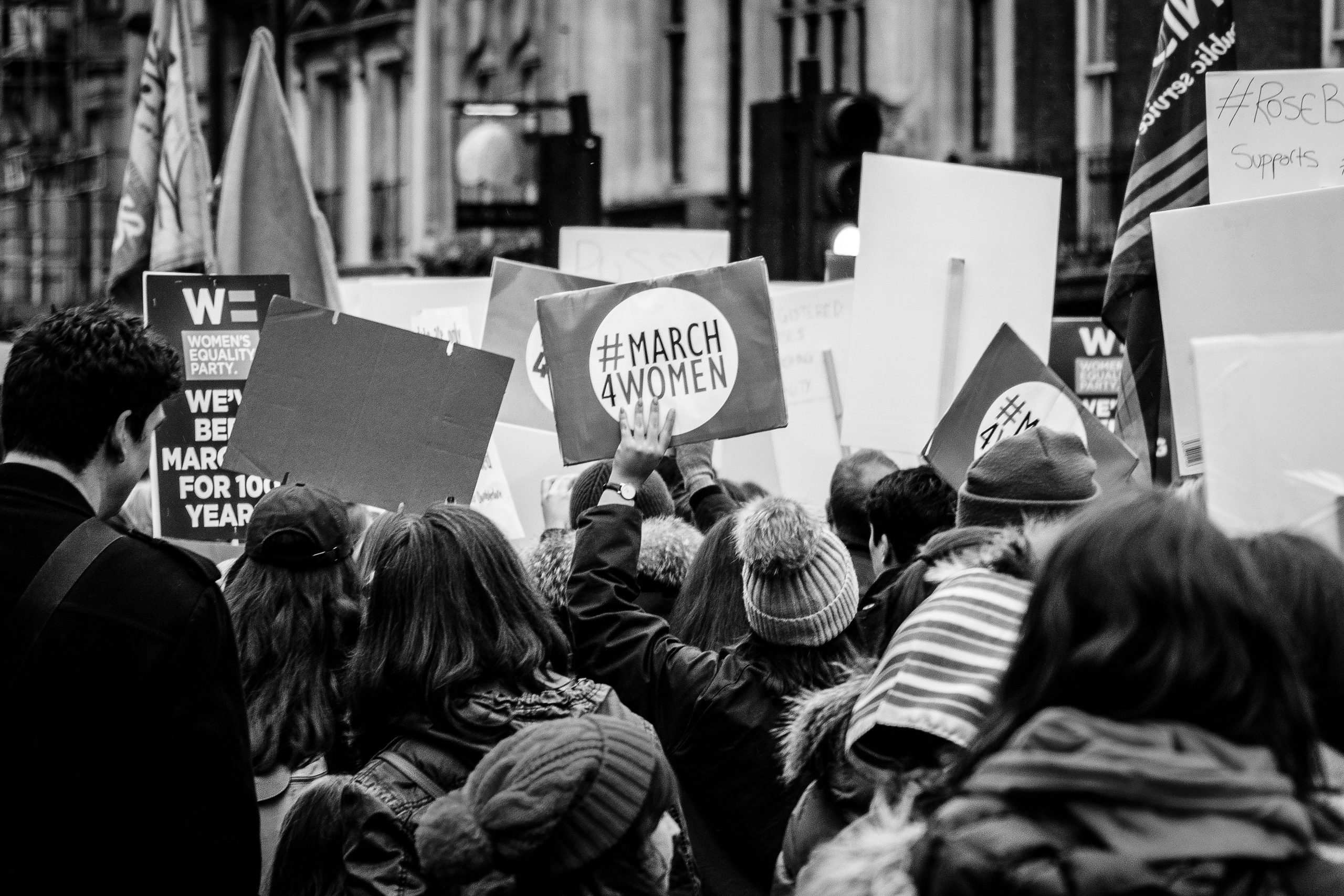 Women are innovating our leadership approach by challenging people to think beyond representation and access to power. Women leadership fundamentally transforms our relationship with the world to produce equity in justice movements. Philanthropy must prioritize funding women-led movements to sustain this transformational shift in community building. As feminine resurgence continues to shape the struggle for change, we must move with it to sustain a committed vision of a life-giving future for all.

In this conversation hosted by Sahana Dharmapuri, we hear from leaders Vanessa Daniel, Tia Oros Peters, and Jensine Larsen as they share their visions and challenge us to reckon with the violence of years of imbalanced decision-making.

This is an edited transcript of a panel discussion from the Bioneers 2020 Conference.

SAHANA: My question to all of you is what do you find affirming in your work? Where do you find hope in the midst of this challenging environment?

VANESSA: There is brilliant leadership in Georgia working for over a decade to build the possibility of the voter turnout around the Senate runoff. Groups like New Virginia Majority led a 10-year campaign to re-enfranchise 150,000 people with felony convictions in that state and then registered 20,000 of them to vote back in 2016. After having their voting rights restored, they turned out at a 79% rate to the ballot box during that election. They created the margin of victory necessary to bring in more progressive leadership in the governor’s office. The state has now flipped, and now we see many progressive pieces of legislation moving through Virginia. That ongoing work is why grassroots relationship-building is so critical.

We are in a moment in history where we can turn toward what we have only previously been able to conceive of as impossible. Before COVID, we couldn’t have imagined creating the access kids have to computers they have now. Many people did not think it was possible to defund the police; however, a significant number of school districts have gotten rid of cops in schools following many uprisings. Philanthropy and movements have focused their work inside the beltway rather than collaborating with communities. Transforming our approach to work from the ground up is necessary and critical in creating a new future.

TIA: I agree with Vanessa. We’re not saying that we must forgo men because we are in a time of women; instead, we must restore balance to produce equity in our work. Equity does not simply come when we gather people with different skin colors into the same room. Equity is a balance that comes when we fundamentally transform our relationship with culture, identity, humanity, and the planet. We must dismantle the systems built to devour, colonize, destroy, enslave and hold people captive while stealing our right to things like healthcare. We can’t assume anything’s coming to save us. No policy or law will save us or fundamentally transform our relationship with the world. It is our responsibility to create the world we envision. The call now is to trust Indigenous leaders and women who built those grassroots movements that philanthropy must prioritize.

JENSINE: Something that brings me hope is seeing how feminist movements create spaces that allow people to breathe. They develop these self-sustaining spaces through intersectionalism which makes them able to celebrate everyone’s strength. These spaces create people who––not only can challenge existing systems of oppression––but envision a better future.

Technology propels social justice movements. Today, some of the most significant mass political movements began with little resources, imagination, and fire, so I shiver thinking about an investment in sustaining these movements and fortifying their online connectivity.

SAHANA: That’s terrific. What’s fascinating about what you’re all saying is that the examples you’re giving are very concrete. They’re very tangible, and they are very relatable to the everyday person. I’m hearing and valuing what you all are saying about the role women can play when people listen to us as leaders and when women take action in a valued society and move things forward.

I think one of the things that would be interesting to hear is, if you could wave a magic wand over our world now, what would you like to see be different?

TIA: Change is not some utopian dream we arrive at perfectly without struggle. No magic exists that will suddenly change the violence that ravages our planet and communities. We can dream about that world and, in that dreaming, begin to make it so.

With the new administration, people believe that the struggle is over and Black and Indigenous people no longer need to fight for justice. Some people think that a few women in the cabinet signal an end to the struggle. We cannot lie to each other because there is still a long way to go. We must stay rooted in mindfulness, ceremony, and integrity to sustain a determined commitment to change.

VANESSA: As my great colleague and friend Maurice Mitchell of the Working Families Party and the movement for Black lives says so beautifully: “Biden is a doorway, not a destination.” Progressives made the mistake of thinking representation, and access to power meant we could take our foot off the gas when Obama was elected. We have no more time to continue to make this same mistake, and philanthropy needs to show up to ensure we have the resources to move forward. Of the $75 billion in philanthropy, only .06% go to women-of-color-led work. Progressive organizing led by People of Color must be the recipient of the majority of philanthropic giving. The single most significant force that prevents this from happening is white supremacy, with its tenacious unwillingness to share power and resources. Relinquishing systemic dominance and control is not the same thing as being marginalized.

Let’s be clear about something: white women voted in a more significant majority for Trump after seeing what he was capable of for four years than they did the first time around. Although many white women worked alongside communities of color, we have to be frank about how white liberal women continue to advocate for gradualism around dismantling white supremacy. It would be best if white people were to risk the privileges afforded to them to benefit communities of color and actively dismantle the system that benefits them. We are building a multi-racial movement, and everyone has a place in it.

A quote I like from Brene Brown goes, “This is not an issue of giving voice to the voiceless. It’s about forcing ears for the earless.” I want people who hold power to listen and relinquish their control and get behind women of color. The Indigenous disability movements at the global level are the most extraordinary yet unheard movements that we must regard with significant consideration. World Pulse is building an alliance with sister organizations and networks across the world to create a resource for these movements to be heard to accelerate the building of bridges.

SAHANA: I have one last question for everyone. Some scholars believe that gender bias is the deepest bias in the human psyche. What in your work informs how we might respond to that? How do we change it?

VANESSA: It’s essential to look at it all together, and that’s why I like the brilliance of black feminists like Kimberly Crenshaw. She brought us the intersectionality framework that allows us to look at race, class, gender within the context of capitalism, colonialism.

The challenge is if gender is the primary organizing force, particularly in the United States, why is it that so many white women voted for a misogynist? We have to look at how gender intersects with white supremacy in this country, which has a powerful primary function.

Many poor white women in this country are losing their homes because they voted against universal healthcare and can’t pay their medical bills because they didn’t want people of color to get a handout. White supremacy trumps gender in significant ways because that is how it operates. We can’t get to liberation by just solving for gender. We have to put white supremacy at the center of that equation and destroy that as well.

Jensine Larsen is an award-winning digital impact entrepreneur, international journalist, and expert on using technology to strengthen global women’s power. She is the founder of World Pulse, an independent, women-powered global social network connecting tens of thousands of women from 190 countries and bringing them a greater global voice.

Sahana Dharmapuri is the Director of Our Secure Future, a One Earth Future Foundation program, and was previously an independent advisor on gender, peace, and security issues to many major international organizations, including USAID and NATO, The Swedish Armed Forces, and the International Peace Institute.