Restorative Justice: Healing the Cycles of Violence, Incarceration and Wasted Lives of Youth of Color 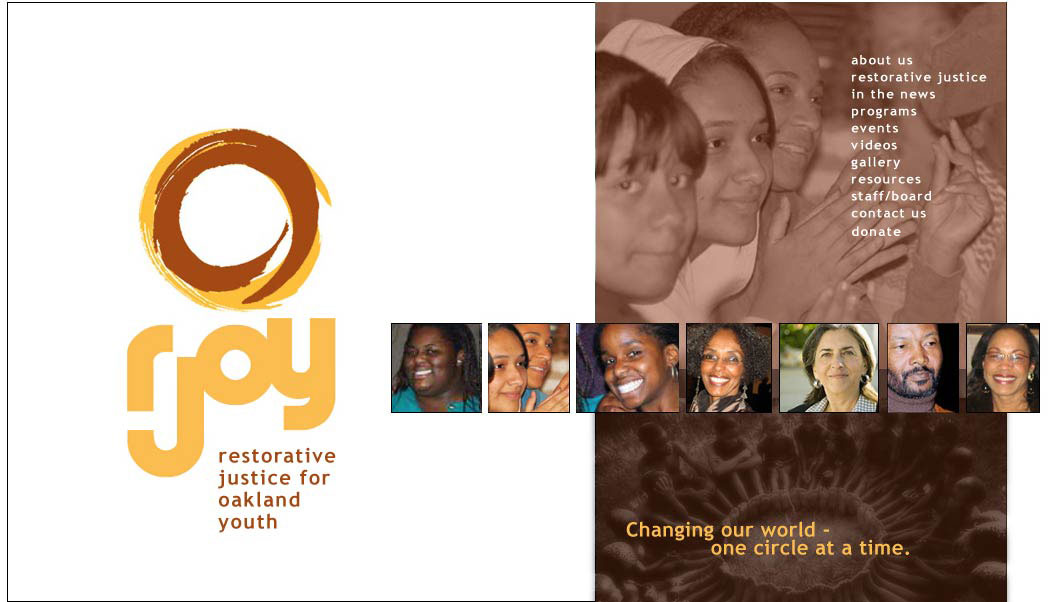 Jodie Geddes is helping shift the focus of justice from punishment to healing. As the Community Youth Organizing Coordinator for Restorative Justice for Oakland Youth (RJOY), she is using a framework that meets the needs and responsibilities of all involved so that relationships and community can be repaired. RJOY’S work in West Oakland Middle School has eliminated violence and expulsions and reduced suspension rates by 87%. Jodie will be leading a workshop at the 2018 Bioneers Conference for youth entitled Tell Your Story to share strategies to interrupt the tragic cycles of violence, incarceration and wasted lives. Jodie talks about her work in this Bioneers interview.

BIONEERS: How did you get involved in restorative justice work?

JODIE: My work involves truth-telling, racial healing, and reparations coordination based on a national truth and racial healing process for the United States. All of that grounds my work as a healer. Telling the truth about our nation’s history with race and oppression, and ultimately to be able to shine a spotlight on ourselves as a nation is an example for others because there are so many relationships between violence and oppression in the US and around the world. 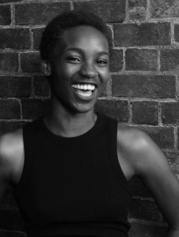 My personal journey began in Jamaica, West Indies where I was born. At age 6, I came to the United States. I didn’t know where I was going. I arrived in a new world where there was an energy in the atmosphere that made me realize that oppression existed.

I received a lot of messages about being different. There are a lot of cultural differences between Jamaica and the U.S. Race does exist in Jamaica, but more in a form of colorism and shadism and not these clear distinctions between black and white because in Jamaica the national identity is a primary marker. I began to shift my understanding and became more nuanced in my intersectional identity – being Jamaican living in America and seen as American as my accent went out the window.

I started out from a place of anger because I wanted the world to see the blackness that I saw. I wanted people to see the joy that I saw in my community, despite the stories being told about it. I also wanted folks to see the real pain that was happening and how that manifested as a result of the racial history of the country.

Where I grew up in Crown Heights, Brooklyn, gentrification is putting additional pressure on the Black and Hasidic Jewish communities who have a history of tension and separation between them. Many of the properties are owned by Hasidic Jews. It’s interesting to think about the kind of trauma that we perpetuate on each other, even when there are similarities of historical oppression and genocide.

I was an angry organizer who wanted to flip the system on its head. I’d been organizing in high school for different parties and groups, but the anger persisted. The organizing action would feel good, but I was still angry. There was a deep rage towards white people. It was quite problematic, honestly, and could have been dangerous.

I found a justice class with an incredible professor who really challenged us. There were a lot of women of color sharing, for the first time, their stories that were deep and traumatic. I realized that many people don’t recognize oppression and don’t see these incidents through an equity lens. That’s when I decided to get into justice work.

I did a justice circle on my college campus with refugees and immigrants, young folks from places like Cameroon that I worked with in North Carolina. I did it in a selfish way, for my own healing, for my own sake so that I could take off many of the masks that I wear. I wanted to be able to hold that space for all people especially the most marginalized.

BIONEERS: What does restorative justice means to you?

JODIE: It’s hard to talk about restorative justice because there are so many ways it has shown up in community. Restorative justice is a process of how we look at harm and how we lean into healthy relationships in our community. The deeper relationships we have, the less disposable we become to each other. It doesn’t mean that we won’t get into arguments. I will get into an argument with my best friend and say we’re no longer best friends, but there’s a pathway for us to get back to who we used to be in relationship with each other.

Often in our social and justice systems, there isn’t a pathway. Emotion can fester and we could dwell in a place of hatred or disagreement and not recognize that often it’s miscommunication more than anything else. In my work, I’ve come to understand that restorative justice is a process of remembering that there’s a way to create a sacred space and be with each other in community in that sacred space.

It is also being able to hold the nuances of who we are in the emotions that we carry. There are waves in society that we have to choose one or the other. If you identify Indigenous, somehow other identities don’t exist. If you identify black, you can’t be Indigenous. So, I would say it’s a process of remembering what it means to be in deep relationship and community with each other in a way that centers our voices, and centers our story, that doesn’t just center on harm, but centers on joy. It’s okay to hold onto joy, and to also speak of it. I think there’s something about the way that restorative justice is being used now that isn’t joyful enough. Yes, harm exists, but what can come from that? What kind of joy can be tapped into?

BIONEERS: What are some of the ways that you’ve brought restorative justice into West Oakland and other communities?

I had a meeting with Reverend Curtis Flemming. He’s also originally from the East Coast. One of the things he talked about was leaning into the wisdom that existed here when he arrived. I think that’s critically important. I thought about the way that he made his ministry, his church, a place that he could be unapologetically Christian, but also build up youth leaders in the community to the point where his voice wasn’t the one that was the loudest. People know him, but it’s not like he’s the one that’s leading everything or he’s the one that’s doing everything.

What does it mean to build multiple leaders and not just have one person leading who everyone is looking at and saying, “This is the one person who’s saving us?” But instead to recognize the wisdom in the way that folks have always taken care of each other.

That affected our approach at RJOY. Anytime we go into a community to do an event or to host a circle, we always make connections beforehand. We never just go in and pop up with an event. We find out who the elders and the key people are in the community. We invite and connect with local organizations so that they can say to their community that this is an opportunity that they can tap into.

Honoring that wisdom and sacred power of the community is really important to us. So even in West Oakland, East Oakland, and North Oakland, where we’re doing restorative justice circles, that is a huge part of it. Are we asking folks to come to the table? Are we bringing the table to them? All of that is a part of a process of remembering and being in community.

Continuing to center on young people is critical. We’re always asking, “Who are the youth? Are youth coming? How are they going to get here? Do they need bus passes?”

We bring radical hospitality, which was named for us by some folks in Chicago at the Restorative Justice Hub. We’re always greeting people, hugging people, even when they don’t want hugs. I used to be the type of person who didn’t want hugs. Now, we’re going to love on you.

And have food, that’s essential. Sometimes people are going to meetings not having food or a place to live. How are we meeting people’s essential needs? I think all of that is the way that we engage in community. If a youth needs something because they’re preparing for a child, we ask, “Do we need to do a baby shower?” It’s asking a lot of those essential questions. All of that affects our approach into community; we’re not trying to do to folks, we’re trying to be with folks.

Our community restorative justice work throughout Oakland is about tapping into the capacity of folks in the community to hold space for and with each other. Not so much to build their capacity, because that’s there, but tapping into it to recognize the realities of the everyday lives people are living. Also, we want to name the dreaming that can happen. For all of us, there’s a way that our dreaming can stop. You can feel hopeless, especially in this political climate. You can be the most awake organizer, and then you see a report on CNN and you’re like, “Oh my God, it’s doom and gloom.” So, continuing to hold a space for people to dream and to begin to come alive, a lot of that happens with our community.

BIONEERS: What are some of the ways that RJOY empowers young people?

JODIE: We have justice circles every second and fourth Thursday. It’s a youth-led and youth-owned space. There’s always going to be food. We also have our Sisters Rising circle, which is our intergenerational circle with young women. It’s really important to continue to elevate multiple narratives, because there’s often just one narrative about men of color. There’s a way that that erases the narrative of women who are being pushed out of the system, particularly in a hyper-sexualized way. That’s why we have our Sisters Rising circle. We have a Black Male circle as well. All of that can be found on our social media sites – SnapChat, Facebook, Instagram, and Twitter @RJOYOakland.

If people are interested in being an intern or just volunteering, they can just reach out to me through our website or volunteers@RJOakland.org

Youth are a part of all of the processes. Letting a young person know that their voice is valued if they are interning with us, that we don’t want to use you; we want to be in community, in relationship with you until you’re a part of all of our decision-making practices.

We also want to know what young people are interested in and what they want to give. What they think RJOY should be doing and why. We open the door to that, to listen, and to be in relationship with young people in community.