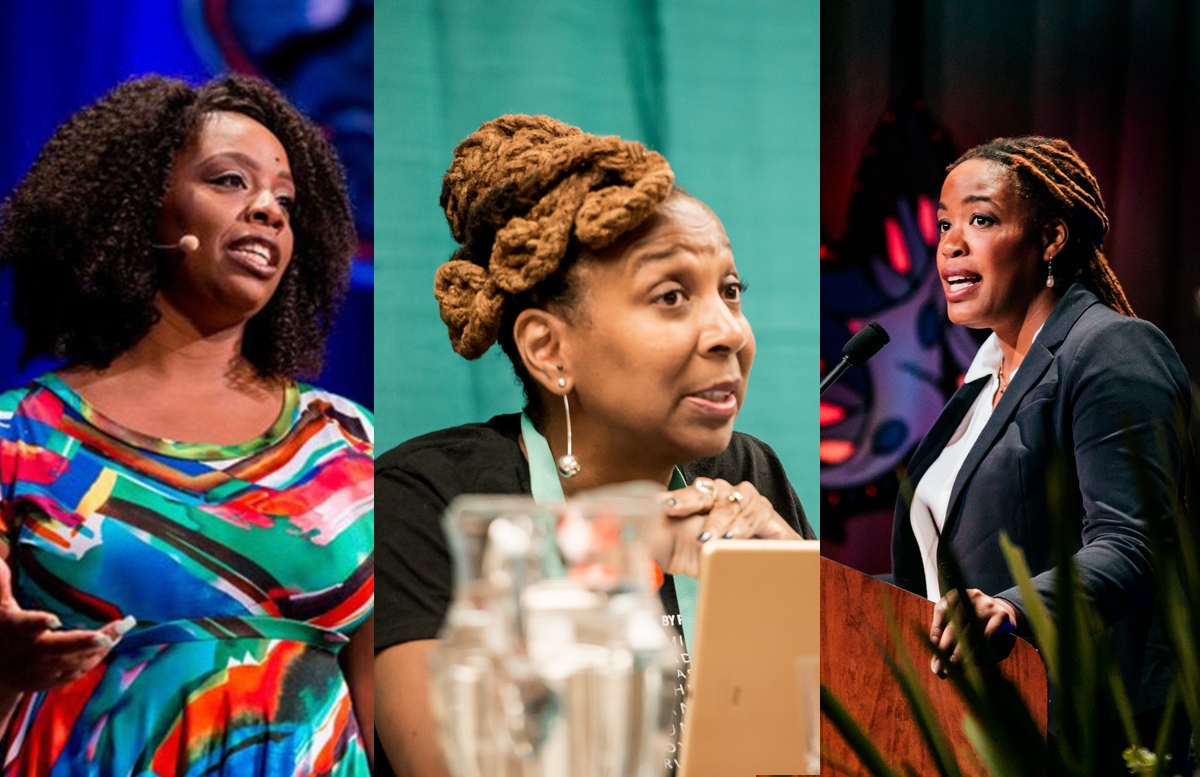 We’re currently witnessing a national and international uprising, demanding an end to the systemic racism that enabled the unforgivable police murder of George Floyd and many other black men and women. In support of this movement for change, we’re sharing the following series of short episodes.

Bioneers · Kimberlé Crenshaw on the Origins of the #SayHerName Campaign

Kimberlé Crenshaw on the Origins of the #SayHerName Campaign

At the Bioneers Conference in 2016, we spoke with visionary law professor and changemaker Kimberlé Crenshaw. A respected attorney, Crenshaw popularized the concept of intersectionality and was instrumental in the creation of the #SayHerName campaign to raise awareness about the many women and girls who are killed by the police.

In 2018, Patrisse Cullors, co-founder of Black Lives Matter shared a moving speech at a Bioneers Conference. Cullors is a performance artist and award-winning organizer from Los Angeles, and is one of the most effective and influential movement builders of our era. She was a key figure in the fight to force the creation of the first civilian oversight commission of the LA Sheriff’s Department, but is most widely known as one of the three original co-founders of Black Lives Matter and for her recent, best-selling book, When They Call You a Terrorist: A Black Lives Matter Memoir.

Bioneers · Heather McGhee On Confronting The Denial Of Racism

Heather McGhee on Confronting the Denial of Racism

At the Bioneers Conference in 2017, we spoke with Heather McGhee, Distinguished Senior Fellow at the organization Demos. McGhee describes how the election of Barack Obama resulted in both a racial backlash and the illusion that we were suddenly living in a post-racial society. She also shares a hopeful story that demonstrates a pathway towards healing the divisions that harm us all.

Click here to browse the full collection of programs. You can also tune in on Apple Podcasts, Spotify, Soundcloud, Google Podcasts, and Stitcher!

The Bioneers: Revolution From the Heart of Nature is an international, award-winning radio and podcast series. Free to everyone, this series offers listeners and 165 radio stations access to in-depth interviews with leading social innovators, scientists, and diverse grassroots leaders. Our programs cover a wide range of topics, including intelligence in nature, climate justice, gender equity, Indigenous knowledge, youth activism and more.

If you’re already a listener, thanks so much for your support. Please recommend Bioneers to your friends and review us on your platform of choice!