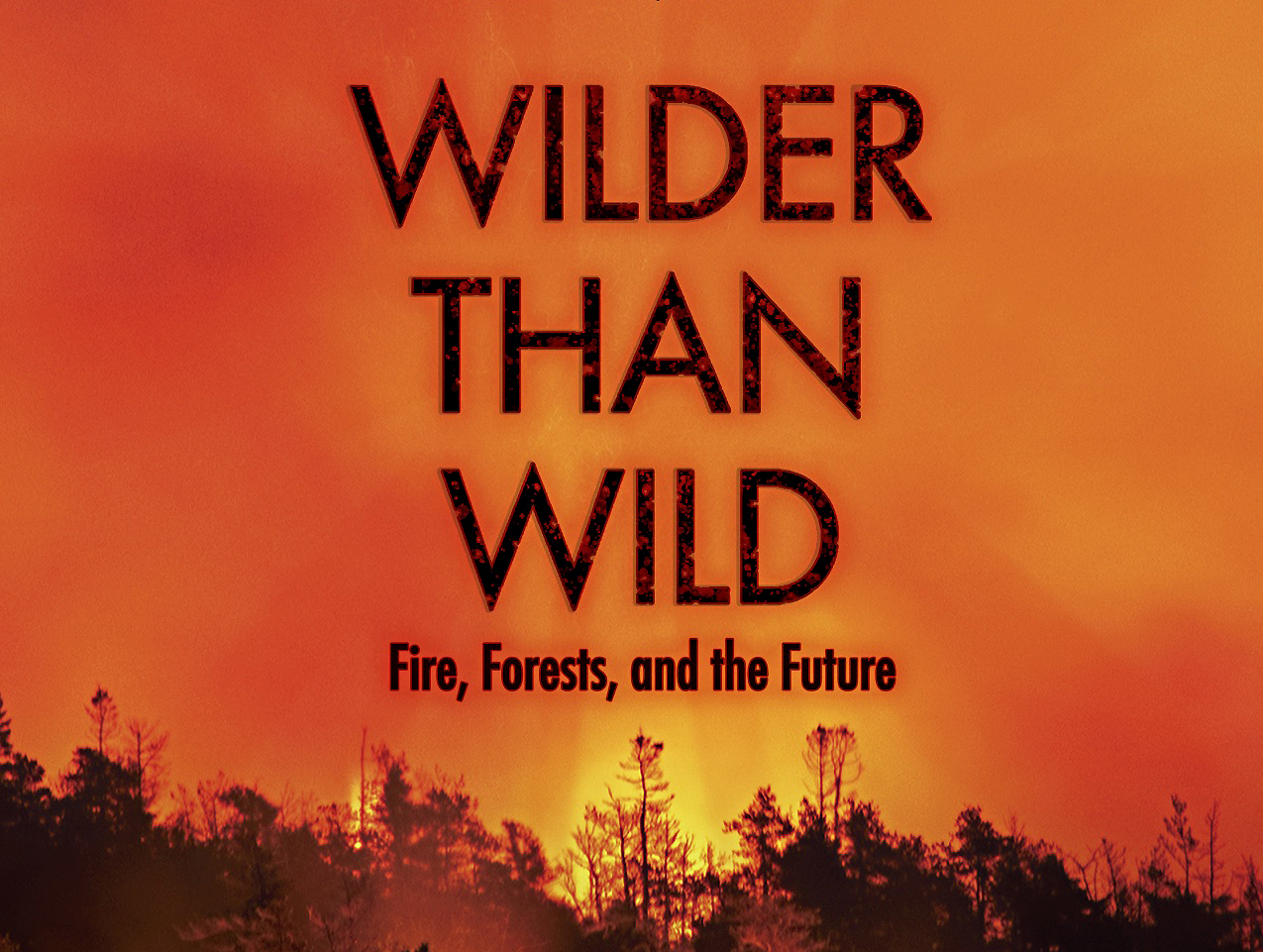 Bioneers is honored host a screening of Wilder than Wild: Fire, Forests, and the Future. This compelling one-hour documentary reveals how fire suppression and climate change have exposed our forests and wildland-urban landscapes to large, high intensity wildfires – and explores strategies to mitigate the impact of these fires.

The screening will be followed by a panel with guests:

Quinn Gardner, Emergency Manager for the City of San Rafael

Kevin White and Stephen Most, Filmmakers

About Wilder than Wild

“The new wave of environmental documentaries, epitomized by local filmmakers Kevin White and Stephen Most’s smartly focused Wilder Than Wild: Fire, Forests and the Future, recognizes that it’s no longer necessary to galvanize public attention about an urgent problem. The relevant conversation is about solutions and strategies.” – KQED

According to Cal Fire Chief Ken Pimlott, “We are experiencing now the fires of the future.” The documentary Wilder than Wild reveals how fuel build-up and climate change have exposed Western wildlands to large, high intensity wildfires, while greenhouse gases released from these fires accelerate climate change. This vicious cycle jeopardizes our forests and affects us all with extreme weather and more wildfires, some of which are now entering highly populated wildland-urban areas.

Filmmaker Kevin White takes us on a journey from the Rim Fire of 2013, which burned 257,000 acres in the central Sierra, to the wine country wildfires of 2017, which destroyed 9,000 buildings and killed 44 people. Along the way, we learn how the proactive use of prescribed fire can reduce reliance on reactive fire suppression, and we meet stakeholder groups working with scientists and innovative resource managers to build consensus on how to restore and manage the lands we love and depend on.

The “fires of the future” include urban wildfires, as Wilder than Wild shows in a sequence on the destruction of thousands of homes in Santa Rosa in October, 2017. “Things are changing,” says Berkeley firefighter Mike Shuken, “and if we don’t change as well, we’re going to see more subdivisions become annihilated in these types of fires.”

Elizabeth Azzuz says, “If you look anywhere around you, the earth is smothered out, suffocating. So if we cannot clear that and help the earth breathe, we’re all going to suffer.”

Learn more about the film at the Wilder than Wild website.

Kevin Smith is an Emmy Award winning producer, director, and writer who has worked in media since 1982. In 1984 he founded Full Frame Productions, and in 1988 he created the non-profit Filmmakers Collaborative SF with Michal Aviad. Kevin has produced and directed dozens of films including Not All Parents Are Straight, We Bring a Quilt, Speaking Up, A Land Between Rivers, Restoring Balance, Returning Home, Return Flight, From the Ground Up, Freedom’s Desert, A Simple Question, and Return Flight. His films have been screened at the Berlin Film Festival, San Francisco Film Festival, Hot Springs Film Festival, Wild & Scenic Film Festival, the International Wildlife Film Festival, and many others. His work has received multiple awards including Emmys, CINE Golden Eagles, ACE Awards, while also being broadcast on PBS, National Geographic, Discovery, Bravo, BBC, ZDF, and Arte. In 2010, Kevin and his colleague David Donnenfield received the Harold Gilliam Award for Environmental Reporting from the Bay Institute for their How On Earth video series.  Kevin and Stephen Most have collaborated on multiple projects, including From the Ground Up and A Land Between Rivers, both airing extensively on PBS.

Stephen Most is an author, playwright, and award-winning documentary filmmaker. His book Stories Make the World, Reflections on Storytelling and the Art of the Documentary, which Berghahn Books published in 2017, includes a chapter about the making of Wilder than Wild. He is the writer/producer of the documentary River of Renewal, which won the “best documentary feature” award at the American Indian Film Festival, and the author of River of Renewal, Myth and History in the Klamath Basin, published by the University of Washington Press in 2006. Documentary films Stephen has scripted include Oil On Ice, which is about the controversy over drilling in the Arctic National Wildlife Refuge; A Land Between Rivers, a history of central California; and Green Fire: Aldo Leopold and a Land Ethic for Our Time. Wonders of Nature, which he wrote for the Great Wonders of the World series, won an Emmy for best special non-fiction program. The Bridge So Far: A Suspense Story, won a best documentary Emmy. Promises, on which he worked as Consulting Writer and Researcher, won Emmys for best documentary and outstanding background analysis and research. It was nominated for an Academy Award in 2002. Berkeley in the Sixties, which Stephen co-wrote, also received an Academy Award nomination for best documentary. He is writer/producer of Nature’s Orchestra, which is about Bernie Krause’s soundscape ecology expedition in the Arctic National Wildlife Refuge. It was broadcast in the KRCB/PBS series Natural Heroes.