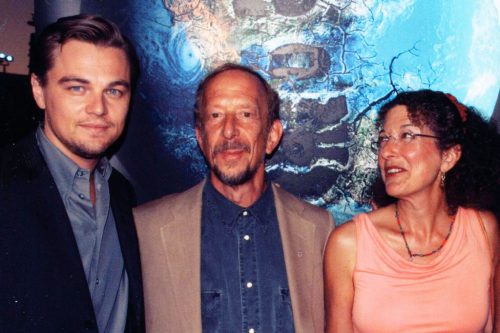 It takes a lot more courage than you might think to do what Leonardo DiCaprio did at the 2016 Oscars. When Leo accepted his richly deserved Best Actor award, he passionately and forcefully called out climate change.

“Making ‘The Revenant’ was about man’s relationship to the natural world — the world that we collectively felt in 2015 as the hottest year in recorded history. Our production had to move to the southernmost tip of this planet just to be able to find snow. Climate change is real, it is happening right now, it is the most urgent threat facing our entire species, and we need to work collectively together and stop procrastinating. I thank you all for this amazing award tonight. Let us not take this planet for granted; I do not take this night for granted.”

A little over 10 years ago, Leonardo invited me to join him at the Cannes Film Festival for the world premiere of his feature documentary, “The Eleventh Hour,” produced by our friends at Tree Media. I had been a central advisor to the movie, bringing in 30 bioneers (half the film’s interview subjects), and appearing in it myself. Leo brought me to LA for the Hollywood premiere, where we spent two long days doing press.

I got to see up-close-and-personal the kind of madness Leo has to confront for taking a stand, daring to use his celebrity for a higher purpose. Reporter after reporter asked embarrassingly trivial questions, while incessantly attacking the messenger. If you really care about climate change, why do you fly in a private jet? In fact, Leo flies commercial. What right do you have as a movie star to speak to such a complicated scientific issue? In truth, Leo is exceptionally knowledgeable and has been a diligent learner since his youth who has done his homework and can hold his own with most “experts,” and is far better informed than most politicians.

But the press did not care. They just kept flogging him with the tired old archetypes of a Hollywood airhead and gilded hypocrite. He is neither. It was painful to witness, yet inspiring to see his personal courage and willingness to take the heat in hopes of staving off the planetary heat.

In his Oscar acceptance speech, Leo also said this:

“We need to support leaders around the world who do not speak for the big polluters or the big corporations, but who speak for all of humanity, for the indigenous peoples of the world, for the billions and billions of underprivileged people who will be most affected by this, for our children’s children, and for those people out there whose voices have been drowned out by the politics of greed.”

Leo’s Oscar and brave speech are very personal for us at Bioneers. We are profoundly honored by the Leonardo DiCaprio Foundation’s unwavering support of Bioneers’ leadership over the past decade-plus. In late 2015, here’s what Executive Director Justin Winters wrote to us:

“This multi-year commitment and increase in our funding reflects our firm belief in the unique value of Bioneers. We see you as being among the most important movement-building forces in the world today, the rare ‘big tent’ that brings together a genuinely diverse set of key players and influencers making real breakthrough change and innovation in the world. The Bioneers gathering is a place to convene and provide practical guidance on creating a sustainable world to a broad network of committed change-makers. So much happens because of Bioneers that otherwise might not.

“We recognize your exceptional gift for spotting talent early and serving as a hatchery to bring countless key figures to far wider recognition and influence. The Foundation itself has benefitted directly with invaluable connections such as Chief Oren Lyons, Paul Stamets and Janine Benyus. As a connector, Bioneers is unparalleled, catalyzing important collaborations and novel new networks with remarkable diversity and creative power, which we are grateful exist today.”

Leonardo DiCaprio is showing the kind of leadership we deserve to see in our leaders. He knows the planetary peril we face and he’s calling on all of us to face it squarely and work together to turn the tide.

Yay, Leo!!!! You deserve a second Oscar for your climate action and environmental leadership.