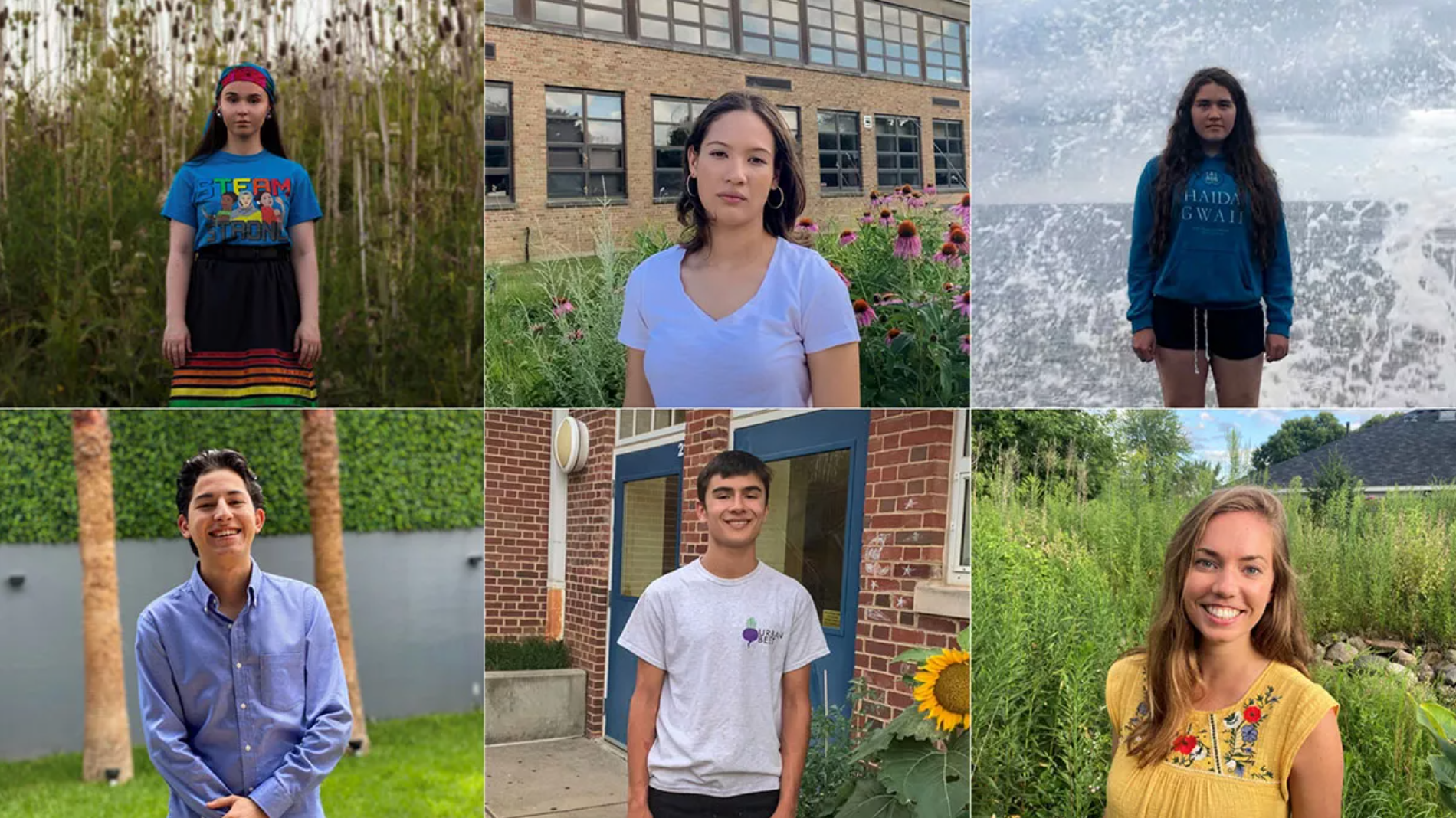 This article was originally published on Earth Island Journal.

Every year Earth Island Institute’s New Leaders Initiative recognizes six young environmental activists from North America, ages 13 to 22, for their outstanding efforts to promote ecological sustainability and social justice. We are excited to announce the 2020 recipients of the Brower Youth Awards.

In 2018, Alexandra Collins discovered that for 30 years industrial sterilization company Sterigenics had been emitting high levels of ethylene oxide (EtO) — a colorless gas that is a known carcinogen — near homes and schools in her neighborhood in Hinsdale, Illinois. Collins’s community suffers from a cancer rate nearly nine times the national average. After learning that many students and teachers were unaware of the danger EtO posed, Collins and her sister co-founded Students Against Ethylene Oxide (SAEtO), which harnesses the energy of young people to fight for a ban of ethylene oxide emissions, especially near schools and residential areas.

In the fall of 2019, SAEtO and allied community groups persuaded the Sterigenics facility near Collins’s home to close.

After teaching her first kindergarten science class at age 10 in Troy, Michigan, Ojibwe youth Danielle Boyer became acutely aware of how disparate access to quality STEAM (Science, Technology, Engineering, Art, and Math) education among low-income students disadvantages them and impacts the future of our Earth. She’s been working to increase STEAM education accessibility and affordability ever since through innovative programs that promote technical competency and develop a tangible love for our Earth. In January 2019, Boyer founded her own educational organization, The STEAM Connection, to further this cause.

Haida Gwaii
Suing Canada for Its Role in the Climate Crisis

A member of the Tsitts Gitanee clan of the Haida Nation on Haida Gwaii, Haana Edenshaw is one of 15 Canadian youth suing the Canadian federal government for its contributions to climate change. Edenshaw has been an environmental justice and Indigenous rights activist for much of her life, organizing climate strikes, speaking alongside Greta Thunberg at the 2019 Rally for Climate Justice in Vancouver, and delivering a speech in the Masset dialect of the Haida language at the United Nations Permanent Forum on Indigenous Issues last year.

In the lawsuit, Edenshaw and her co-plaintiffs argue that their rights to life, liberty, security of person, and equality, and their public trust rights, are being violated by the Canadian federal government due to its continued support of fossil fuels. The lawsuit is part of a global movement of youth, supported by the nonprofit law firm Our Children’s Trust, holding governments accountable for their role in the climate crisis.

Diego Arreola Fernández created Green Speaking after learning about the devastating consequences of plastic pollution and excessive consumerism while at the 2019 Ocean Heroes Bootcamp in Vancouver, Canada. His campaign uses in-school engagement, social media, and motivational videos to encourage children, schools, and businesses in Mexico to fight plastic pollution by modifying their habits, policies, and strategies.

In a country contending with serious gang-related violence, deep poverty, and pervasive social inequality, raising awareness about the environment is no small task. But the need for it is urgent.

Arreola Fernandez’s next goal is to turn his campaign into an environmental organization with the mission of cultivating more environmental leaders prepared to raise their voices for the planet and inspire people towards a truly sustainable future.

After noticing a lack of fresh produce at his school in Bethesda, Maryland in 2016, Chander Payne connected his school food pantry with a local rooftop farm and began delivering 20 pounds of fresh produce to the pantry each week. That summer, he fell in love with regenerative agriculture and returned to school with a mission to use the practice to help marginalized youth grow food. He founded Urban Beet farm in his high school’s courtyard and invited young people from the Washington DC-based Homeless Children’s Playtime Project to grow and harvest vegetables there.

Over the past two years, Urban Beet has provided 2,500 pounds of produce to underserved families and people experiencing homelessness, and it has begun to replicate its work at other schools across the country.

While volunteering with incarcerated youth at a juvenile detention center in Warrenville, Illinois, Isabella Wallmow came to realize that the youth needed healing, not punishment. After learning about the holistic, community-oriented approach of permaculture agriculture in 2018, she had an idea: set up a gardening program. With support from the Resiliency Institute, which uses permaculture design to transform suburban communities, as well as enthusiastic detention center staff, Wallmow launched the Seeds for Change Garden Program in 2019.

Seeds for Change puts voices, visions, and dreams of incarcerated youth at the forefront of running the garden. It creates a safe, healing space for them and equips them with a marketable skill.

Save the Date: Join us for the 2020 Brower Youth Awards! The awards will be celebrated virtually on October 15 and will be followed by a virtual Q&A session with the winners on October 20. To register for these events, visit: broweryouthawards.org.