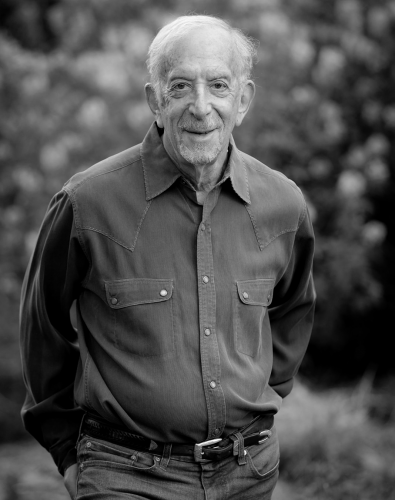 Kenny Ausubel is an award-winning social entrepreneur, author, journalist and filmmaker. He is the Founder and CEO of Bioneers, the internationally recognized nonprofit dedicated to disseminating breakthrough solutions for restoring people and planet. He launched the annual Bioneers Conference in 1990 with his business partner and wife Nina Simons, Bioneers Co-Founder and President.

Kenny is a writer, filmmaker and media professional. Since 2004, he has served as executive producer and co-writer of the award-winning international radio series The Bioneers: Revolution From the Heart of Nature.He acted as a central advisor to Leonardo DiCaprio’s feature documentary, The 11th Hour, and appears in the film.

He has written four books and edited several volumes of the Bioneers anthology book series. His most recent book Dreaming the Future: Reimagining Civilization in the Age of Nature (Chelsea Green 2012) won the Nautilus Grand Gold prize in the Ecology-Environment category. He writes for the Huffington Post.

Kenny co-founded the national company Seeds of Change in 1989 and served as CEO until 1994 to restore “backyard biodiversity” into the food web through marketing organic, biodiverse heirloom seeds to gardeners.

His critically acclaimed feature documentary film Hoxsey: How Healing Becomes a Crime and related reportage were named for the Best Censored Stories award for investigative journalism. The film played in movie theaters and aired on HBO and international TV, and enjoyed a special screening for member of Congress at the Kennedy Center, reported on NPR. He later published the acclaimed book “When Healing Becomes a Crime.”