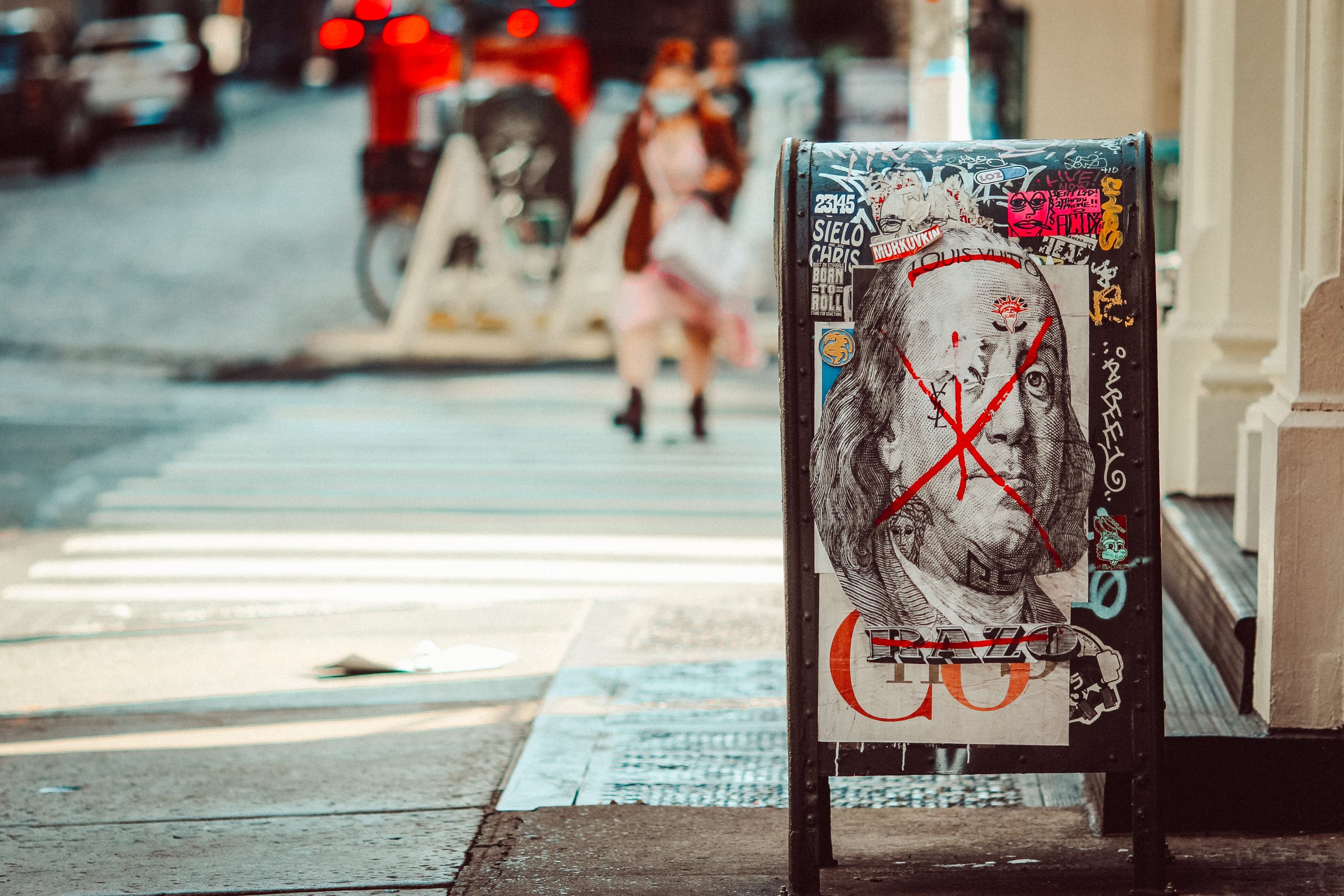 In defense of an economy that destroys the planet while marginalized communities languish in the corners of society, economists often appeal to a normative concept of “humanity.” It is assumed that exploitative and narrow class interests that arise at the expense of the earth and community is human nature. However, as the world fell into isolation and uncertainty brought on by a global pandemic, humanity proved itself capable of uniting and showing compassion for others. With the pandemic came a moment of pause – a space in which we glimpsed the possibilities of what the future can hold.

Manuel Pastor is a professor of Sociology and American Studies & Ethnicity at the University of Southern California whose research focuses on issues facing low-income urban communities and the social movements seeking to change those realities.

Dr. Chris Benner is a Professor of Environmental Studies and Sociology at the University of California, Santa Cruz. Rooted in an urban political ecology approach, his research examines the relationships between technological change, urban and regional development, and structures of economic opportunity.

In their latest book, Solidarity Economics: Why Mutuality and Movements Matter, Pastor and Benner offer a powerful blueprint for an equitable future. In this excerpt, they define the possibility and urgency of solidarity economics guided by principles of mutuality and solidarity.

Solidarity Economics: Why Mutuality and Movements Matter is available for preorder here.

So what do we mean by solidarity economics? As suggested earlier, we see three fundamental and interlocking premises: (1) our economy is not some abstract natural phenomenon driven by immutable forces, but rather created by people through collaboration as well as competition; (2) when we recognize and reinforce those collaborative elements, we end up with not only better social outcomes but also better economic outcomes; and (3) because some people benefit from the current system and would seek to divide us, social movements for change are critical to economic success, both because they can help shift power and because they can help build and broaden our sense of mutuality.

The first premise, increasingly emergent in the realm of behavioral economics, has to do with the conception of human nature. The general assumption by most economists since Adam Smith has been that people act purely (or at least largely) out of self-interest. For neoliberals, the good news is that the market will coordinate all that selfishness to a blissful outcome, and so limited government is the best recipe. On the left, there is often a similar take on what drives economic behavior, with the caveat being that bliss is not likely to be distributed justly; as a result, the state must act to constrain the worst instances of selfishness and so, corral our economy into serving the common good.

But as became evident in the COVID-19 crisis and in many other disaster situations, people also act out of impulses of solidarity with one another. And this is not just in moments of stress; care for one other is as much an impulse as is fear of the other, and generally the world goes better when this, rather than fragmentation, is the norm. The challenge, as articulated by economist Sam Bowles in his brilliant book The Moral Economy, is that we have structured our economic and political systems to either reward or tame self-interest rather than to promote our connection with one another.

To be fair, traditional economic models do not deny that people have impulses for mutuality, but they assume that these impulses are expressed outside the economy – in family life, neighborhoods, churches, charity work. But assuming that people check their humanity when they enter the economy creates highly problematic blinders: the resulting economic models make invisible the unpaid labor of mostly women in the home and community; they undervalue the essential human interactions in caring work that stretches across much of our service economy; and they ignore the ways that collaboration is an essential part of innovation, teamwork, and many other economic activities.

Traditional economic models are also often blind to the ways our economy is rooted in the places we live and work. Much of economic activity is rooted in locally serving industries, and in fact, the vast majority of our economy is rooted in creating, maintaining, and improving the social and physical environments in which most people live. Most work cannot happen without workplaces, even if those workplaces are home offices for some, and overall our economy cannot exist without the ecosystems on which we depend. Yet traditional economic models largely neglect our connection to place and planet, as well as our connection to each other.

Of course, one person’s (or group’s) mutuality might be another person’s exclusion. As critical race theorist john powell has suggested, our current system has devised and perpetuated in- and out-groups, often by race and place, to determine who can belong in our circle of solidarity. This sets boundaries around who should benefit from job security and social support, and who should be thrown to the market wolves – as well as which places will be thriving, gentrifying, or dying. The challenge is that when wolves are left to prowl, it is dangerous for everyone; accordingly, challenging structural racism and broadening the circle of belonging in our economy is actually in the common interest.

This sets the stage for our second major premise: that building on a spirit of mutuality can actually lead to broader prosperity, a point also made by Heather McGhee in her brilliant new book The Sum of Us. We recognize that this runs straight up against the traditional economic perspective that inequality is necessary to incentivize and facilitate a strong economy – the classic equity–efficiency trade-off. But as we discuss in more detail in chapter 2, high levels of income disparities, racial segregation, and social fragmentation actually tend to limit the sustainability of income and job growth, both nationally and regionally.

More broadly, the evidence is increasingly mounting that our current scenario of economic inequality, structural racism, and environmental destruction is suboptimal for nearly all of us. By contrast, recognizing and reinforcing mutuality could have benefits in many spheres. If we supported the collaborative elements necessary for innovation to flourish, and reduced the unequal private appropriation of the commons, we would increase investments and steer innovations toward the common good. If we recognized collaborative contributions to our economy through a social wage, it would help reduce the tremendous economic burden of poverty, poor health, and homelessness. If we extended our sense of mutuality to the planet and future generations, we would have a healthier environment and prevent being overwhelmed by the economic costs of environmental pollution and climate-change-driven disasters.

And this gets to our third premise: we will only get to that better world through active organizing that seeks to rebalance power. Mutuality and cooperation may be the goal, but getting there will require the antagonistic friction of politically defining who benefits from current arrangements and determining how to diminish their influence in order to promote the interests of the many. This dialectic of embracing mutuality as a goal and movements as a strategy is a difficult balancing act – but it must be done if change is to take place.

And this presents another challenge to conventional wisdom: economics as a discipline often proceeds as though empirical research documenting problems and outlining solutions is enough to lead policy makers to decide on a more inclusive course of action. But this perspective – thinking that racial differentials, wealth disparities, and environmental destruction are problems to be corrected – is misplaced. Such “problems” are not bugs in the system but rather features of an inequitable structure of domination that can only be disrupted by the efforts of social movements to enact solidarity at scale.

This emphasis on movements is also deeply tied to the idea of a frame, the concept with which we began this section. The newest theories of social movements talk about the importance of the construction of a shared identity through narrative understanding. We need an economic policy package, to be sure, but we also need a story. Neoliberals have a convincing one, a vision that always comes back to individuals, freedom, and markets (even if the actual results are inequality and disadvantage). We need a tale that resonates, that draws on the deep human sense that we can get through most anything if we band together, and that becomes a sort of mental default so that any economic question about a social challenge that gets asked gets a new sort of answer: mutuality and movements.