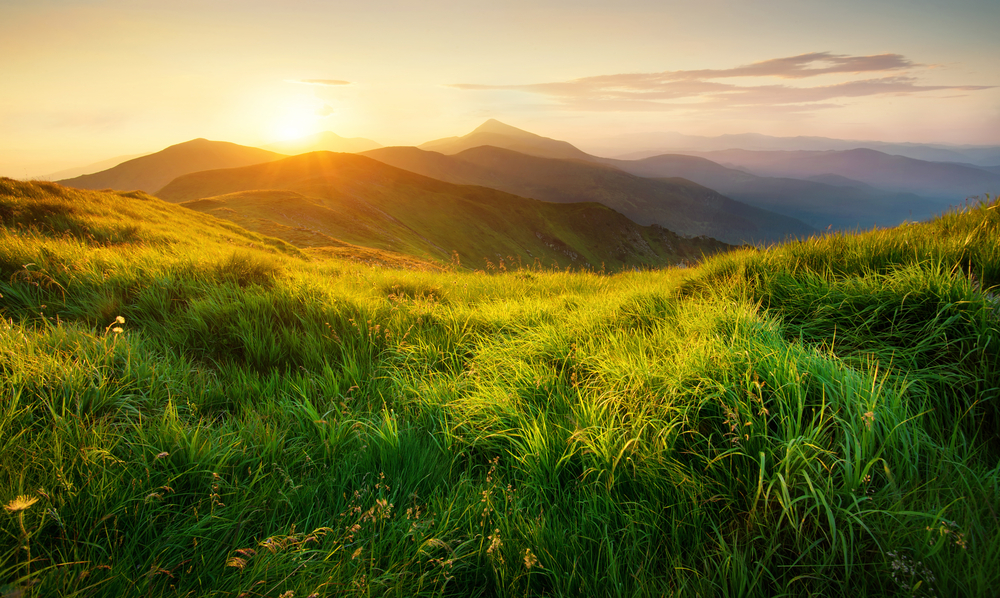 Zainab Salbi, a celebrated humanitarian, author, and journalist, co-founder of DaughtersforEarth.org, “Chief Awareness Officer” at FindCenter.com, and host of the Redefined podcast, founded Women for Women International, an organization to help women survivors of conflicts, when she was 23, and built the group from helping 30 women to reaching nearly half a million and raising tens of millions of dollars to help them and their families rebuild their lives.

Zainab will be delivering her keynote address, “Daughters for the Earth” at Bioneers 2022.

This article was originally published by One Earth. Read the original article here.

Globally, women experience some of the harshest challenges in wartime and the climate crisis while simultaneously remaining natural caretakers to their families, communities, and the Earth. Zainab Salbi has dedicated her life to empowering these women, acknowledging their work and leadership.

Born in Baghdad, Iraq, Salbi’s early life was on the frontlines of conflict. Her father was the head of the Iraqi civil aviation and former personal pilot of the Iraqi president. As the Iran-Iraq war raged on, her family experienced psychological abuse from Saddam Hussein.

Her family managed to get Salbi out of the Middle East through an arranged marriage to an older Iraqi American living in the US. Yet, Salbi was forced to escape again as the marriage was abusive.

When the Bosnia and Herzegovina war broke out a few years later, Salbi had to act. At 23, she founded Women for Women International with her second husband, Amjad Atallah, to serve women survivors of wars.

The organization began by assisting 33 Croatian and Bosnian women. It grew to reach nearly half a million women, raising 146 million dollars in aids and microloans to help them and their families rebuild their lives.

Salbi developed the philosophy that access to education plus access to resources leads to lasting change in women’s lives. She graduated from George Mason University with a degree in Sociology and Women’s Studies. From the London School of Economics, she earned a master’s degree in Development Studies.

President Bill Clinton honored Salbi at the White House for her humanitarian work in Bosnia. She was also featured several times on The Oprah Winfrey Show and named one of the 100 most influential women in various media outlets such as Time Magazine, People Magazine, and The Guardian.

After nearly 20 years of working with women survivors of conflict, Salbi felt compelled to inspire women further. She resigned as CEO from Women for Women International to explore the media sector.

The Nidaa Show, created by Salbi, was a groundbreaking talk show which aired across 22 countries in the Arab World. It recognized Arab and Muslim women, their narratives, challenges, and accomplishments.

Salbi also launched The Zainab Salbi Project with Huffington Post, #MeToo, Now What? with PBS, and Through Her Eyes with Zainab Salbi with Yahoo! News. Each program addresses women’s issues worldwide.

She has written several books, including the national bestseller Between Two Worlds, Escape from Tyranny: Growing Up in the Shadow of Saddam. Salbi is also the host of the Redefined Podcast, exploring what matters most in life with guest speakers.

Again, Salbi had a revelation that women are also at the forefront of the climate crisis, making strides in preserving and regenerating the Earth. Yet, this work and leadership are often not seen, heard, appreciated, or funded.

Salbi then co-founded Daughters For Earth along with One Earth’s Justin Winters and Wild Lives Foundation’s Jody Allen and Rachel Rivera. It is a new campaign to mobilize women worldwide to support and scale women-led efforts to protect and restore the Earth.

From her experience, Salbi is a staunch supporter of bringing the conversation of climate action to everyday people, as often the climate crisis is conveyed in a scientific manner that can be overwhelming or difficult to understand. Salbi advocates that anyone can make a difference and participate in solutions to help heal our planet.

A champion of women and girls, Zainab Salbi is a leader in making the environment and world a better place to live.