Facing COVID-19 With Community Instead of Fear 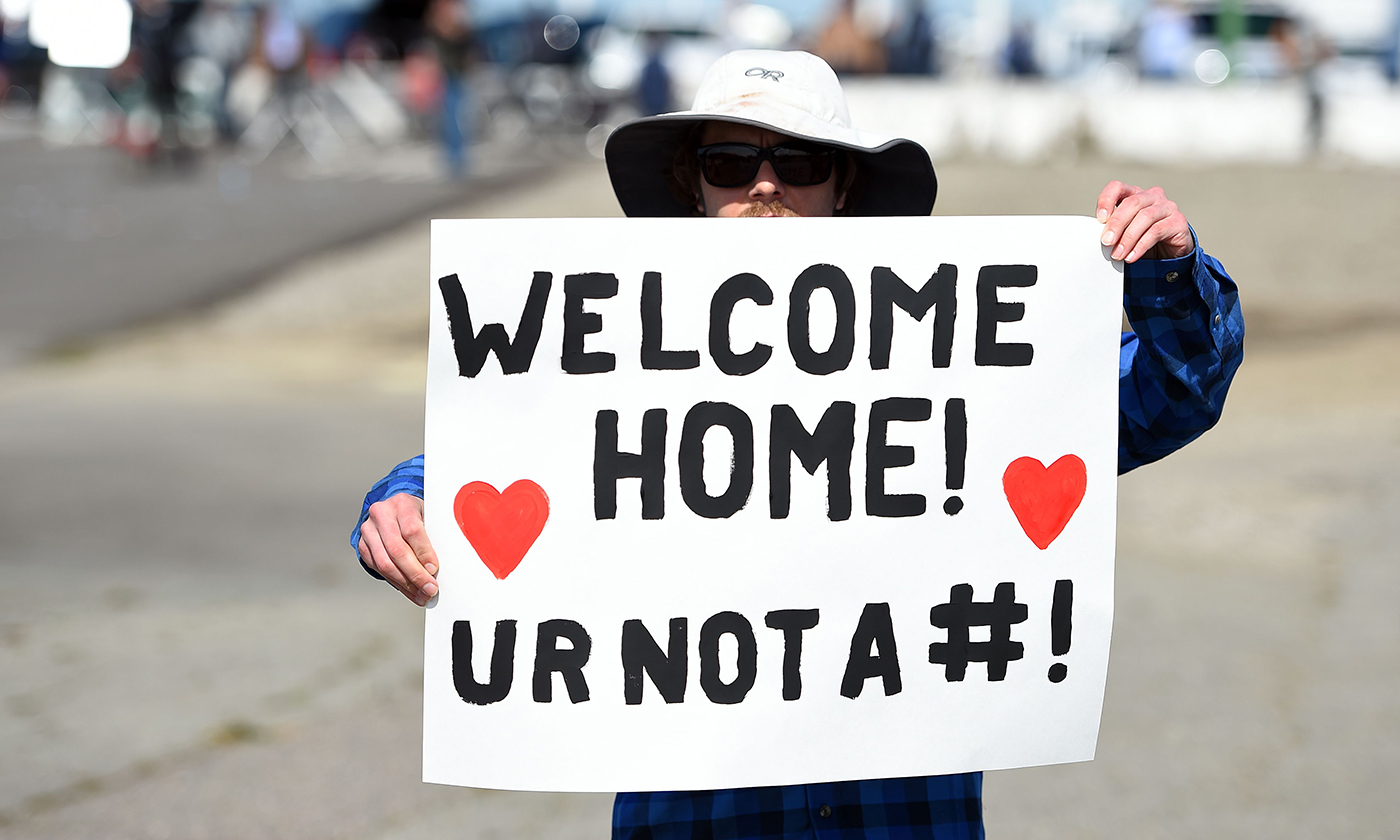 This article was originally published in Yes! Magazine on March 10, 2020 and is licensed under Creative Commons.

Citing the “collective solidarity” of friends and family in China and Hong Kong who have been affected by the coronavirus, a Seattle group has formed an online community to coordinate resources and provide support to those most vulnerable to the infection.

“There has been a lot of collective storytelling in China and Hong Kong, and the people have gotten creative in how to support and protect each other,” one of the group’s organizers says, declining to give a name because, they said, the effort is collective, not individual. “Our hope is to share resources and strategies to protect each other and keep each other safe.”

It’s a rare sentiment amid escalating panic and fear, but one that could gain traction as COVID-19, the potentially deadly disease derived from the virus, continues its rapid global spread.

More than 111,000 coronavirus cases have been reported worldwide, as the U.S. announced its 28th death. Across the globe and here in the U.S., big public events are being canceled, schools and universities are closing, financial markets are in free-fall and companies are urging their employees to work from home.

Meanwhile, incidents of ageism and ableism are on the rise and fear-fueled hysteria is driving an increase in prejudice, xenophobic violence and racism against Chinese people and others of Asian descent, particularly in the West.

In an Instagram video, author, poet, and social justice activist Sonya Renee Taylor, who founded The Body Is Not An Apology movement, urged her 37,000 followers to “banish the binary” so that their thinking around this public health crisis is more nuanced.

If you’re not one of those people panicked by the outbreak, Taylor says, be sensitive to those who are, recognizing that individual health and personal circumstances are different for each person.

“There’s a way in which fear can be one of two things—the great divider or the great gatherer,” Taylor says. “What is the most compassionate, most community-building, the most loving thing right now when everyone is afraid? I think we have an opportunity where we can be great gatherers.”

Every day, stories are emerging about people who, in the face of uncertainty, are doing just that.

The New York Times, for example, wrote about two men who contracted the virus on a Diamond Princess cruise in Japan, stayed in touch through text messages, and are now making vacation plans.

A video showing a group of doctors and other care providers in Iran dancing as a way of keeping spirits high has generated heartwarming reactions from around the world. Iran is coping with one of the world’s highest COVID-19 mortality rates as its economy and health care system struggle under crushing US sanctions.

“Look how they lift the spirit of patients by dancing,” one person commented on Twitter.

Another wrote: “Dancing is great for the immune system and a great stress reliever. I’m sure they are under a lot of stress!”

And, “This gives me hope for the world.”

An Instagram post from a “medically vulnerable/chronically ill person in Seattle” offered a helpful guide for taking care of friends affected during the outbreak.

It includes tips such as offering judgment-free assistance to do specific tasks such as delivering groceries, housecleaning, helping care for children or pets; refraining from purchasing items that sick or disabled people need to survive when they are in short supply; and checking in on isolated friends by calling, texting, etc.

The outbreak, meanwhile, is forcing employers to reexamine sick-leave policies so that employees don’t feel compelled to show up to work sick because they can’t afford to miss a paycheck.

The organizers of covid19mutualaid, who include public health professionals, say their work is geared toward supporting just such individuals. It was modeled after other communities created by family and friends in China and Hong Kong, who share stories about illness, stigma, and navigating the quarantine.

“The dilemma that workers face having to choose between health and economic survival is similar there and here,” the Seattle group says. “The collective solidarity folks there have expressed in the midst of panic and epidemic has been inspiring.”

Before the outbreak in Seattle, they say, they had conducted fundraisers and sent care packages to Asia, some of it with the help of PARISOL, or Pacific Rim Solidarity Network, an anti-capitalist Chinese/Chinese-diaspora organization focused on revolutionary international solidarity.

This latest, broader online effort is more grassroots. They are calling for no new prison, jail, and detention center bookings statewide; that major employers pay a work-from-home, quarantine wage; for the creation of neighborhood stations with free testing and food supplies, and that property developers with empty apartments give free housing until the crisis is over.

They urge people to hold their government to account, citing an inadequate response on the local and federal levels to a crisis that is hitting marginalized communities hardest. “It’s great to keep washing our hands, but we don’t want an individualized solution that targets only individual behavior change for what is a structural problem,” they say.

Recommendations to work from home, for example, target people who hold desk jobs that can be done remotely, leaving those who lack that option—those employed in food, health care, and service jobs—vulnerable. They created a letter template that those who feel unsafe in their jobs can adapt and present to employers.

Government recommendations “don’t begin to serve folks in our community who live with chronic illness or other factors that put them at risk for coronavirus being hard-hitting, whether that’s health-wise or financially,” they say.

Meanwhile, the state of health care in prisons and jails leaves populations there completely unprotected, without options to self-quarantine, they say. “What happens if there’s an outbreak at the Northwest Detention Center in Tacoma, where a lot of detained people are already suffering immensely from medical neglect?

“We are planning out some actual events to do mutual aid and solidarity work involving loved ones who are incarcerated. They are the most vulnerable.”

This article was originally published in Yes! Magazine on March 10, 2020 and is licensed under Creative Commons.