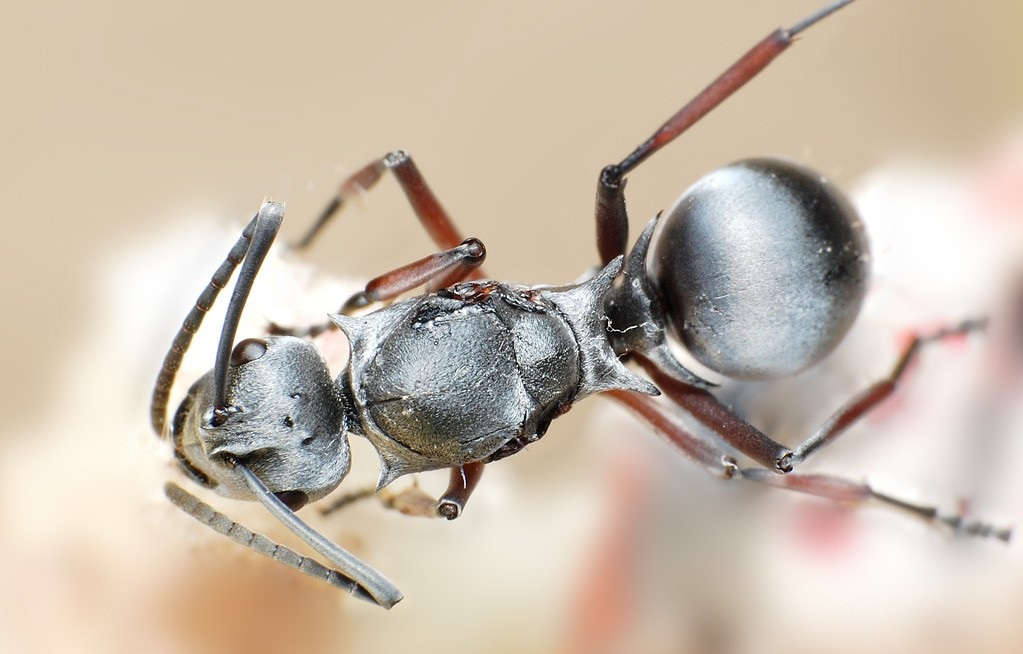 This article was originally published by the Biomimicry Institute. Bioneers 2018 will host the presentation of the $100,000 Ray of Hope Prize to one of these innovators in October.

Not everyone looks at a jellyfish and sees a renewable energy solution. But for a team of Georgia Tech students, the jellyfish’s bell-shaped body gave them insight for how to make their tidal energy harvesting design more efficient and effective. Farther north, a team from Cornell University found clues for how to prevent mosquito-borne diseases in the structure of carnivorous plants. For a team from China, the kingfisher’s eyelid provided a whole new way to think about preventing soil erosion. In Taiwan, a team is ensuring that their community can breathe easier by mimicking the Saharan silver ant.

Game-changing ideas begin by seeing the possibilities for a sustainable world reflected in the living systems that surround us. That’s what we celebrate each year in the Biomimicry Global Design Challenge—a competition that asks innovators to create radically sustainable human designs inspired by the natural world.

There are a lot of solutions to celebrate. Eight teams from around the world have been chosen as winners in the 2018 Biomimicry Global Design Challenge. In addition to cash prizes, these teams will be invited to join the Biomimicry Launchpad, an accelerator program for early-stage biomimetic start-ups, to work to bring their innovations to market. At the end of the Launchpad program, one team will win the $100,000 Ray of Hope Prize®, sponsored by the Ray C. Anderson Foundation.

Read on to learn more about how each winning team is working to develop a more sustainable world, using nature as a guide:

This team from Georgia Tech wanted to find a more resilient way to harvest renewable energy, so they created a nature-inspired energy generator that produces clean renewable electricity from underwater sea currents. The design was informed by the bell-shaped body of jellyfish, how schools of fish position themselves, how heart valves move liquid, and how kelp blades are adapted to rapidly flowing water and maximize photosynthesis. Their goal is to create a more efficient way to generate power, decreasing cost, and making this approach available to areas vulnerable to electricity shortage.

This University of Utrecht-based team created an automated, open-source design to protect tea plants from frost damage. Climate change has resulted in more unpredictable night frosts in Kenya, which damages tea plantations and leads to economic losses and unstable incomes for farmers. Inspired by the giant groundsel (Dendrosenecio kilimanjari) and giant lobelia (Lobelia deckenii) plants, both native to Kenya, the team developed HABARI to automatically deploy a mesh where frost deposits, covering the plants and preventing the frost from settling on the leaves. HABARI increases farmers’ resilience to weather conditions, and connects the farms with the local community by using local and sustainable products.

Graduate students at the Tung Hai University developed the Psephurus Air Cleaner Equipment (PACE) to improve air quality in urban environments. Residents of densely populated cities are at greater risk for health issues due to fine particulate matter in the air. In order to make the air quality in outdoor public spaces better, this team created an air-cleaning device that is incorporated into signage on city buildings. These solar-powered signs have filtering mechanisms inspired by marine creatures like salpidae, paddlefish, and peacock worms, and derived their energy strategy from prairie dog burrows, the Saharan silver ant’s light-reflecting capabilities and more.

This team of marine biologists, engineers, designers, and geologists wanted to develop a better way to create resilience in coastal zones most at risk for climate change-related issues. Current coastal defense systems such as breakwaters, seawalls and revetments, replace natural habitats, creating tremendous pressure on the fragile marine and coastal ecosystems. This team studied natural tide pools, rocky shores and oyster beds to develop a fully functional and constructive coastal defense unit which encourages growth of diverse plants and animals native to the project’s environment.

This team worked to develop a way to combat soil erosion problems resulting from the Three Gorges Dam in China—the world’s largest hydropower station. Yearly water fluctuation means that there is a constant erosion problem. The SSE team developed an approach inspired by the kingfisher’s “third eyelid”—a protective, retractable layer that covers the bird’s eyes while it plunges into water. Their device is a mesh structure that covers soil while it is submerged and flushed with water. The device can be retracted after the water level is lowered, ensuring that it will not affect plant growth and damage the ecosystem.

This California State University at Long Beach team developed Genrail to harness wind generated on urban freeways and convert it into energy, essentially creating a wind farm in an urban environment. This system was developed with Los Angeles in mind but is adaptable to all high-speed roadways. The team replicated the compressible elasticity of the cockroach to create safe impact zones, mimicked the California condor’s wing shape to help create energy harnessing fans, and gathered inspiration from the structure of the desert snail shell to create a system of vacuums aided by the venturi effect propelling the wind forward and providing extra power for the city. Genrail is designed to have a small footprint, be highly efficient, and be easy to produce and implement in cities worldwide.

This Cornell University team created the UPod, a mosquito-control device inspired by the mechanism of the carnivorous Utricularia vulgaris plant. Higher average temperatures and increased precipitation events due to climate change are contributing to the expanding threat of mosquito-borne diseases like dengue, malaria, and chikungunya. Current mosquito-control strategies can be harmful to people and the environment, so this team developed the UPod to be an environmentally friendly, self-sustaining, reusable and affordable solution. Similar to how the Utricularia vulgaris plant traps prey, the UPod is a solar-powered device that pulls water and larvae into a tightly-sealed water chamber by means of a trap door that functions through a smart sensor mechanism. Larvae are suffocated in the water chamber, and then pumped out as new water and larvae are pulled in. UPod can help individuals, communities and nations take control of larvae populations and prevent the spread of mosquito-borne diseases.

This team, also from California State University at Long Beach, developed a biomimicry-inspired insulation grid meant to be applied to exterior walls of existing buildings. Intended to be used in urban coastal regions like Southern California, this system is designed to reduce interior temperatures of buildings passively without the need for electricity. The system includes three layers. The shade-grid layer has a wavy patterns and reflective surface inspired by the cactus and Saharan silver ant. The air channel layer, inspired by cathedral termites, directs hot air up and out of the system. The capillary layer was inspired by the Saharan camel and wheat, and can collect the morning dew from the air or pull up gray water from an underlying trough. Phalanx requires no electricity, has no moving parts, can be assembled on existing architecture, makes use of otherwise wasted water, and ultimately saves money while it cools.

This article was originally published by the Biomimicry Institute. Bioneers 2018 will host the presentation of the $100,000 Ray of Hope Prize to one of these innovators in October.