Symbiotic Earth: How Lynn Margulis Rocked the Boat and Started a Scientific Revolution 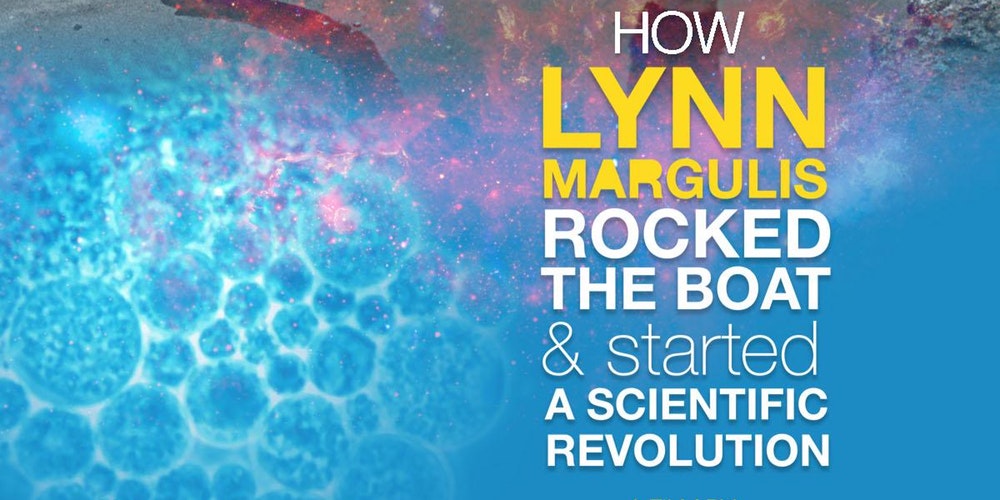 Bioneers is honored to be co-hosting the US Premiere of Symbiotic Earth: How Lynn Margulis Rocked the Boat and Started a Scientific Revolution.
Lynn Margulis was a brilliant biologist, most well known for her groundbreaking work on symbiosis, which upended the conventional thinking that evolution was strictly a competitive enterprise. Dr. Margulis’ research showed that, in fact, collaboration and mutual exchange were just as fundamental as competition to the evolution of life on earth.
Lynn was also an inspired trailblazer in an era where women were few and far between in the biological sciences. Bioneers was honored to have Lynn deliver a plenary address to our conference before her death (along with her son, Dorian Sagan) and her work remains inspirational to many who have graced our stage.
We’re thrilled to be partnering with Hummingbird Films to co-host this first American screening of this essential film along with The David Brower Center and Fritjof Capra in Berkeley, CA on March 18th.
The full press release from Hummingbird Films is below:

A new film about a female scientific rebel who challenged entrenched theories of evolution to present a new narrative: life evolves through collaboration Hummingbird Films is proud to announce the release of its new film Symbiotic Earth: How Lynn Margulis rocked the boat and started a scientific revolution premiering worldwide in March 2018. Premiere screenings will take place at Oxford University on March 3, the Museu Blau of the Natural Sciences Museum of Barcelona on March 7 and the David Brower Center in Berkeley on March 18. The premieres will launch a worldwide series of community screenings.

Symbiotic Earth is the story of a scientific rebel. A model of female empowerment, Lynn Margulis fought the male establishment and, through her persistence, triumphed. As a young scientist in the 1960s, Margulis was ridiculed when she articulated a theory that symbiosis was a key driver of evolution. Instead of the mechanistic view that life evolved through random mutations and competition, she presented a symbiotic narrative in which bacteria joined together to create animals, plants and all other non-bacterial organisms. The idea that all of life is deeply interconnected and collaborative has radical implications for how we look at our selves, evolution, and the environment.

Filmmaker John Feldman met Lynn Margulis in 2005 when making a film about evolution. With Margulis’ help, he began to develop a film about new ideas in evolutionary biology, but when she died
suddenly of a stroke in 2011 at the age of 73, he decided to make a more ambitious film about the scope and implications of Margulis’ and her colleagues’ groundbreaking new views. Feldman’s goal in making Symbiotic Earth was to engage audiences in rethinking their assumptions about life on Earth. In particular, the film explores how a belief in the scientific veracity of the metaphors
&quot;survival of the fittest&quot; and &quot;the selfish gene&quot; has been complicit in creating a culture of greed and selfishness leading to global economic and environmental exploitation.

Symbiotic Earth explores radical ideas with a sense of humor and a deep respect for science. Daryl Taylor, the host of a preview screening in Melbourne, declared, “Lynn’s energy, optimism, good humour, mischief and awe leap off the screen.” The filmmakers’ distribution plan is focused on getting people together in community screenings to converse about the ideas explored in the film. Individuals and organizations around the world have begun to schedule community screenings in theaters, libraries, schools, and living rooms for dates following the March premieres.

Each of the premiere screenings of Symbiotic Earth reflects a specific aspect of Margulis’s work. The Oxford premiere’s panel discussion, led by evolution scientist Denis Noble, author of The Music of Life, will focus on the “third way” of evolution which offers pioneering scientific alternatives to Neo-Darwinism and Creationism. In 2009 while Margulis was a visiting professor at Oxford, she engaged in a now famous debate with Richard Dawkins which is chronicled in the film.

The Barcelona screening will focus on the awe-inspiring history and importance of bacteria. Throughout her career Margulis stressed that a human is not an individual organism but a consortium of many organisms, notably bacteria. This idea is now widely accepted. She spent many years of her career in Barcelona. Intellectuals and universities across Spain embraced and honored her. The screening at the Museu Blau will be presented by the Barcelona Knowledge Hub, Academia Europaea and by the Barcelona Museum of Natural Science. Prof. Ricardo Guerrero, Margulis’ long-time companion and colleague at the University of Barcelona, is hosting the premiere along with Anna Omedes, the director of the Natural Sciences Museum of Barcelona.

The American premiere in Berkeley, California is being co-presented by the Bioneers and the David Brower Center. Following the screening, author and systems theorist Fritjof Capra will lead a discussion focused on the environment, systems thinking, and the Gaia theory – which Margulis co-developed with James Lovelock. The Bioneers’ mission is to promote practical and innovative solutions to global environmental and bio-cultural challenges. The David Brower Center provides a home for the environmental movement by advocating for the beauty, diversity and ecological integrity of Earth.