The New Monopoly Capitalism and the Urgency of Mutual Aid 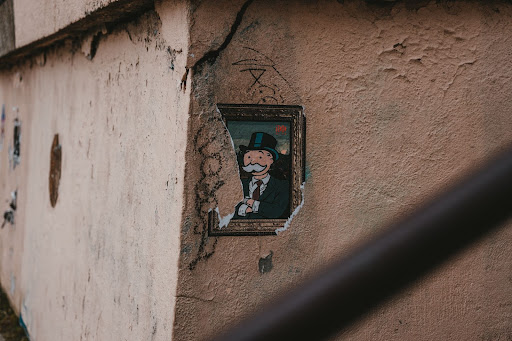 One of the only things critics of capitalism and true believers in Adam Smith-style “free markets” agree upon is how destructive monopolies are to economies and social fabrics. It’s been easy in recent weeks to (justifiably) vilify Russia’s kleptocratic oligarchs, but our own American economy can also very fairly be described as plutocratic. Wealth inequality is even higher than in the “Robber Baron” era and perhaps higher than it’s ever been. Tiny handfuls of enormous enterprises that only the most naive fail to characterize as monopolies control most of our communications media and main economic sectors from energy to agriculture to pharmaceuticals to retail to aerospace.

In this newsletter, we highlight some penetrating analyses of our current form of monopoly capitalism and share models of citizen engagement that point the way to a far more dynamic, creative, fair, and humane economy, that inspires us to move from “greed is good” and “greenwashing” to a society based on unbridled creativity and mutual aid.

Owning the Sun: A People’s History of Monopoly Medicine from Aspirin to Covid-19 Vaccines

Through the sharing of discoveries and knowledge, humans have throughout history sought to achieve progress and increase wellbeing, but the ever greater privatization and commodification of knowledge, especially in the domain of medicine, are now drivers of inequality and pose immense threats to public health. In his new book, Owning the Sun: A People’s History of Monopoly Medicine from Aspirin to Covid-19 Vaccines, New Orleans-based investigative journalist Alexander Zaitchik tells the unknown story of Big Pharma and explores the long,  contentious fight over the legal right to control the production of life-saving pharmaceuticals.

The extreme concentration of corporate power and the prevalence of monopoly are indeed inarguable. In today’s new Gilded Age of rule by the wealthy, rising anti-trust movements are challenging the stranglehold of corporate monopoly. In this first part of a two-part program, we travel back and forth in time to explore the battle between democracy and plutocracy that goes back to the very founding of the United States.

Bill McDorman is the founder of a number of small regional seed companies and seed organizations and the former Director of Native Seeds/ SEARCH. He is currently the co-founder and Director of the Rocky Mountain Seed Alliance working to connect communities with locally adapted seeds. McDorman was interviewed by Bioneers Restorative Food Systems Director Arty Mangan.

The urgency of our present moment calls for a massive civilization transformation. At Bioneers 2022, we’ll dive deep into solutions, visions, strategies, and paradigm shifts to do just that. We’re excited to return to an in-person event this year in San Francisco, CA, at the Palace of Fine Arts, with live virtual access worldwide for those who can’t make it in person.

Read more here.Kate Aronoff, a Brooklyn, NY-based staff writer at The New Republic, is the author of Overheated: How Capitalism Broke the Planet–And How We Fight Back. Aronoff is a former Fellow at the Type Media Center whose work has appeared in The Intercept, The New York Times, The Nation, Dissent, Rolling Stone, and The Guardian, among other outlets, and is the co-editor of We Own the Future: Democratic Socialism, American Style.

As the power, influence, and scale of the major firms that dominate Silicon Valley continue to grow, the collective response might be best described as befuddled. From our mental health to influence on elections to copyright and fair business practices, the impacts are wide-reaching and complex. Bioneers sat down with Cory Doctorow to discuss the overall state of Big Tech at the moment. Doctorow is a prolific journalist, blogger, creative commons advocate, Electronic Frontier Foundation Fellow, and award-winning science fiction writer.

The Chacruna Institute for Psychedelic Medicines is hosting three days of panels and discussions exploring the role psychedelics may have played in the history of religion, as well as the role that religion plays in the modern psychedelic renaissance. Indigenous spirituality, religious freedom, drug policy, and how psychedelics intersect with both Eastern and Western religious traditions. Register now!