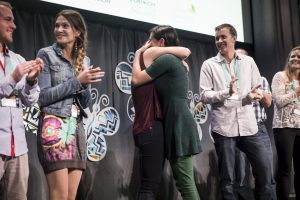 From Bioneers to boardrooms, these biomimicry entrepreneurs are getting ever closer to bringing their food system solutions to market.

A year ago this October, Camila Hernandez and Camila Gratacós stood in front of 2,000 people on the National Bioneers Conference main stage and accepted the first-ever Ray of Hope Prize® for their nature-inspired soil restoration solution called BioPatch. The BioPatch, inspired by hardy “nurse” plants that survive in harsh conditions and pave the way for new plant species to grow, was created as a way to grow and protect new plants while restoring health back to the soil.

With the $100,000 grand prize in hand, the team got the chance to make their goals for BioPatch a reality. Today, they and the rest of their team are working hard to bring their design to market, engaging manufacturing and sourcing partners, rigorously testing prototypes, and linking up with business networks that promote circular economy business models. “Daring to participate in the Biomimicry Global Design Challenge was the first step to lose the fear of starting something new and start to believe that our ideas could be realized,” said BioPatch co-founder Camila Hernandez. “Life can be full of problems or full of solutions, depending on your point of view. This experience has helped me declare my love for solutions that are friendly to the environment and society.”

The six other teams who were part of the inaugural Biomimicry Accelerator cohort are also forging ahead with their nature-inspired food system solutions. From winning prestigious spots in international business incubators to speaking at conferences around the world to scoring additional funding, it’s been a busy year for these biomimicry entrepreneurs. Read on to find out what they’ve been up to and where they are now. Oasis Aquaponic Food Production System Shortly after winning second place funding in the Biomimicry Accelerator for their aquaponic 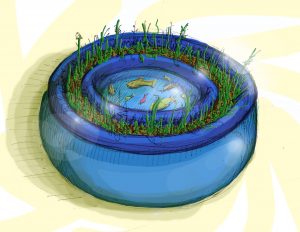 Shortly after winning second place funding in the Biomimicry Accelerator for their aquaponic growing system, Team Oasis was one of ten winning teams in the Blue Economy Challenge, a program that funds sustainable aquaculture innovations. With this combined funding, the team was able to rent a manufacturing space, purchase equipment, and travel to Uganda and Tanzania to establish community organization partners to test the Oasis design. They have manufactured and shipped 13 demo systems to East Africa for these partner organizations to test for six months. At the same time, the team is working on honing their design by improving the aesthetics of the Oasis and making manufacturing more efficient.

Shortly after winning second place funding in the Biomimicry Accelerator for their aquaponic growing system, Team Oasis was one of ten winning teams in the Blue Economy Challenge, a program that funds sustainable aquaculture innovations. With this combined funding, the team was able to rent a manufacturing space, purchase equipment, and travel to Uganda and Tanzania to establish community organization partners to test the Oasis design. They have manufactured and shipped 13 demo systems to East Africa for these partner organizations to test for six months. At the same time, the team is working on honing their design by improving the aesthetics of the Oasis and making manufacturing more efficient. 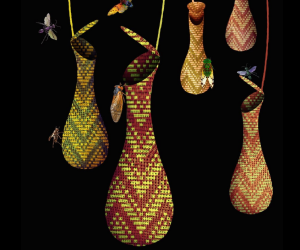 This team, with members from Thailand and the U.S., developed a bio-inspired chamber for capturing edible insects, a more earth-friendly source of edible protein. After winning third-place funding in the Biomimicry Accelerator, they created and shipped their first prototypes to the U.S. in April. They are planning on hosting their own biomimicry challenge in Thailand, asking the public to help improve on the existing Jube concept. Jube team leader Pat Pataranutaporn was invited to give a TEDx talk at Arizona State University where he is currently a student and spent the summer interning for IBM’s Watson group in New York City. Pat is looking forward to combining what he learned during his internship to develop biomimetic algorithms to apply to various software development solutions. 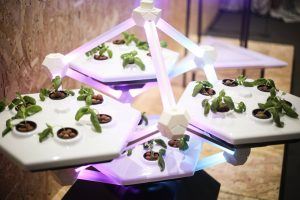 Over the past year, this international team has won multiple awards and coveted spots in start-up programs worldwide. Hexagro Urban Farming’s Living Farming Tree is a modular aeroponic growing system that enables people to grow healthy, fresh food in urban areas. After forming a for-benefit corporation in Italy, Hexagro won the Switch to Product contest sponsored by the Politecnico di Milano and earned a spot in the school’s startup incubator. They have also displayed their designs at conferences all over the world, including at a technology display in Lyon, Milan Design Week, Seeds and Chips in Milan (where Barack Obama gave the keynote address), Tech Open Air in Berlin, and at universities in Costa Rica and Slovenia. They were one of 20 teams chosen to attend the Thought for Food Summit in Amsterdam. They also participated in the Katana Bootcamp in Stuttgart, Germany, where they were selected as the #1 pitch out of 100 teams participating in the bootcamp. Most recently, the team was invited to be part of the Kickstart Accelerator program in Switzerland, where they will compete for a $25k prize. They have also been selected as a semi-finalist for the Lee Kuan Yew Global Business Plan competition in Singapore this fall.\ 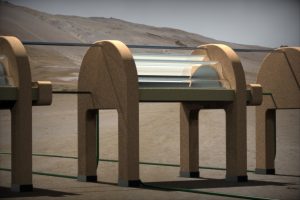 This Italian team created the Mangrove Still, a desalinating still inspired by how coastal plants process seawater that costs five times less than traditional solar stills. The Mangrove Still teamhas been busy expanding their design from individual units to a complete system that is adaptable to regional climates and locally available materials. Their goal is to develop communities of practice that will incorporate the Mangrove Still design into their local context. They were awarded a grant from Dubai Expo 2020 and are using those funds to run a design hackathon to hone the Mangrove Still system and test the system in Egypt, India, Namibia, Cape Verde, and Cyprus. The team is also working on setting up a crowdfunding campaign and has been presenting their design at conferences, including the European Biomimicry Summit in Utrecht, Netherlands. 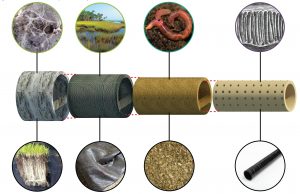 The Living Filtration System team developed a biomimetic drainage system that keeps nutrients in the soil rather than leaving the field in runoff and was inspired by earthworms and the human digestive system. Members of this University of Oregon team have graduated and are currently pursuing careers. They are all actively working to incorporate biomimicry into their career plans. 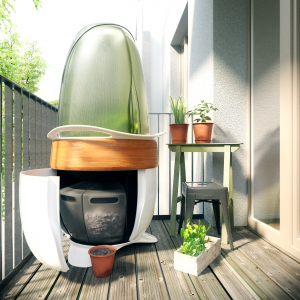 The BioCultivator team from Slovakia developed its lizard-inspired, self-sustaining growing system to encourage more urban dwellers to grow fresh food. The team was invited to take part in Startup Awards Slovakia’s bootcamp and was chosen as a finalist in the Art and Design category. This award event was broadcast on national television and was attended by Andrej Kiska, the President of the Slovak Republic. The team was also invited to be part of a mission of Slovak businesses to the Republic of Croatia this past June, was selected to be part of the Women in Tech Forum at PIONEERS 2017 in Austria, and participated at the first CEE Founders’ Summit in December. The team has manufactured 11 prototypes to date and is looking to finish a proof-of- concept in late fall 2017. Team members are working to make connections with potential investors and business partners in order to create BioCultivator 2.0, based on lessons learned from the first round of prototype testing. 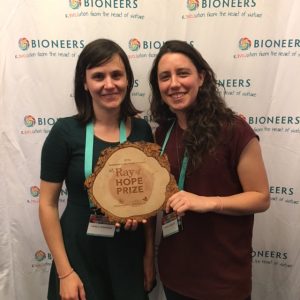 The second Biomimicry Accelerator cohort will be coming to Bioneers on October 21, 2017, for the second annual Ray of Hope Prize® award event. Stay tuned to find out which of these
teams will win the Ray C. Anderson Foundation’s $100,000 prize to take their biomimetic innovations to the next level.You can get a sneak peek at the second cohort’s innovations ahead of the big Ray of Hope

You can get a sneak peek at the second cohort’s innovations ahead of the big Ray of Hope Prize announcement at the Biomimicry Pitch Event and Technology Showcase on October 20, 2017 at the Autodesk Atrium. Watch as the six teams from the 2016-17 Biomimicry Accelerator take the stage to pitch their innovations to a VIP panel, including Biomimicry Institute co-founder Janine Benyus, Green Biz Executive Editor Joel Makower, venture capitalist Ibrahim AlHusseini, and Singularity University’s Robert Suarez.

Plus, a brand-new round of the Challenge—along with the chance to join the fourth cohort of the Biomimicry Accelerator—will open this fall. To learn more, go to challenge.biomimicry.org.