A Karmic Moment: Why Men Must Step Up Now to End Rape Culture 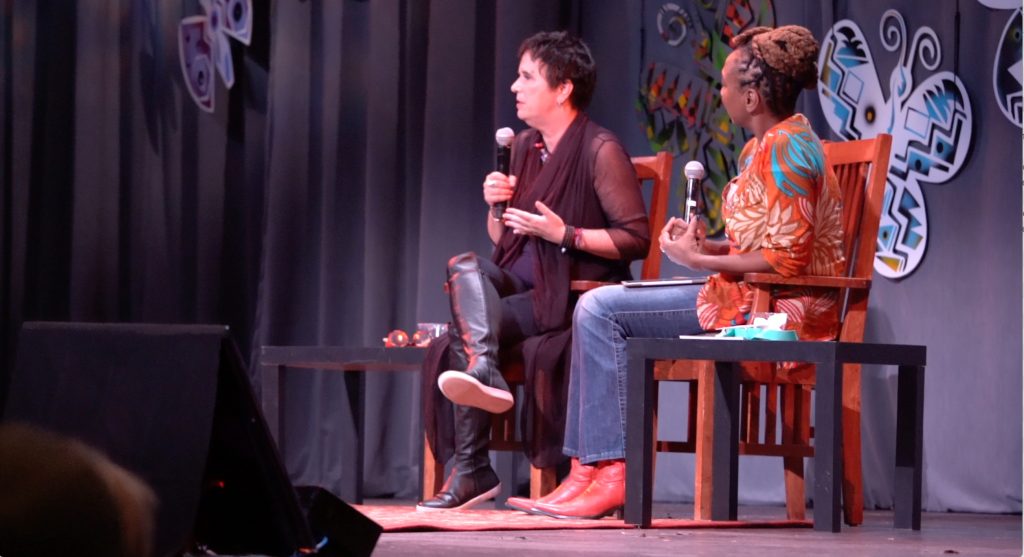 In October 2016, before Trump was elected, Eve Ensler gave a visionary call at the Bioneers conference for men to put ending rape culture front and center in their lives and work.

Candidate Trump, said Eve, is a phenomenon – something larger than the person – because he’s channeling the unprocessed darkness in the environment and swirling it into ever-greater darkness. He’s carrying our collective karma, and we can change that.

Since then, serial scandals have continued to escalate until the dam burst with the Weinstein wake-up-call and the cultural tsunami of the #metoo movement. It’s a watershed moment, but little will actually change, says Eve, unless and until men step up to dismantle the patriarchy, transforming themselves in the process of ending this vicious system that destroys men’s souls as well.

The gender wound may be the deepest social wound of all. At this epic moment of seismic cultural change, what we do now will determine the future for decades to come. This is the moment to begin healing the gender wound once and for all. Please let us know what Eve’s words mean to you.

Below: Eve Ensler speaks on rape culture. Listen to the audio or read her remarks below.

I have actually had contempt for Donald Trump for at least 30 years, like it’s been a long-term passionate contemptuous relationship. And Trump is a phenomena. Phenomenas sweep and swirl in spiral darkness; they collect the darkness that has not been processed in the environment, and they swirl it into more darkness.

It’s manifested years of metastasized racism in this country. It’s manifested sexual violence, which is rampant – 1 out of 3 women and girls will be beaten and raped in her lifetime. It’s manifesting a complete disregard for Mother Earth and its environment, and an understanding that climate change is the most pressing concern of our time. And yet we’re still dealing with it on this very prosaic, barbaric, he-said/she-said, right? As opposed to going to what is underlying what is happening in this country right now.

Trump is not just Trump. Trump is the manifestation of rape culture. And for me, rape culture is this kind of bubble that we are contained within. It has to do with normalizing sexual violence, it has to do with how we treat the Earth and the occupation and the domination and objectification of it, not seeing it as a living, breathing life force. It’s an understanding that some people don’t matter and some people do, and when they don’t matter, you can absolutely do whatever you want, that you don’t ask permission, that you don’t listen to somebody wanting to invite you in or not inviting you in. I mean, I think everything about our world is this dynamic and projection and trajectory of a rape culture.

What can men do to catalyze this and encourage this so that men awaken? Look, it’s not that there are not plenty of good men. There are plenty of good men. Look at all the great men who came out over the last weeks…the sports guys and fathers. But here’s the problem: They don’t make this a centerpiece of their life. They don’t understand that they’re not just doing this for their daughters and their mothers and their sisters, they’re doing this for themselves. To live in a rape culture denigrates your soul day after day after day. To resist it means you want to live in a beautiful soul. You’re not doing it to protect your mother or protect your daughters. I hear this so often. No. You’re doing this because it feels bad to rape women; it feels bad to degrade women; it feels bad to denigrate women; it feels bad to harass women. And I don’t understand what goes on in men. I tried. I have tried and tried. I don’t get it.

I actually am feeling strangely optimistic. I think we are at a point where the window has been opened and now we have got to rise up, every single one of us, in our strongest, boldest, angriest, most visionary selves, and make sure that this window never closes again. Because I think we have that potential at this moment.