Advancing Change in a Time of Disruption: Forging a New Pathway for Nature 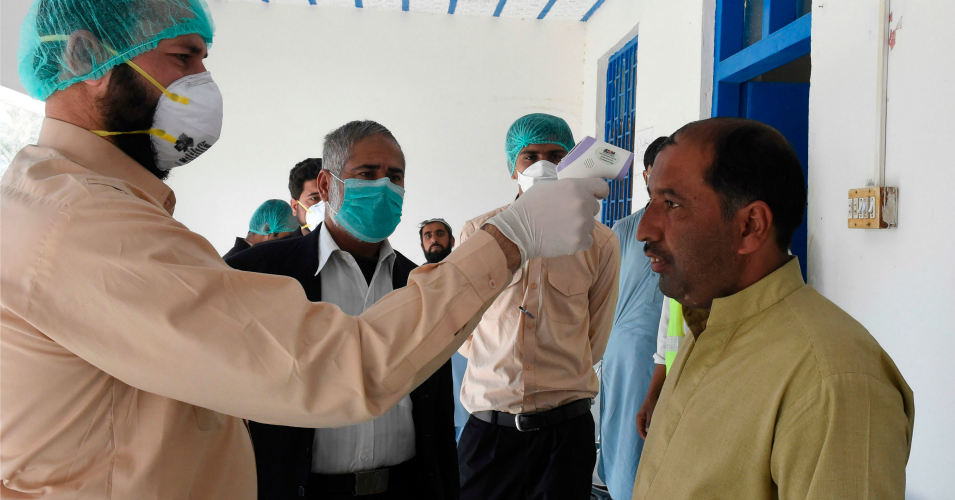 This article was written by Mari Margil, executive director of the Center for Democratic and Environmental Rights. For years, Margil has dedicated her work to upholding environmental protections internationally and advocating the rights of nature.

I first traveled to Nepal in 2012 to meet with members of the Constituent Assembly drafting the country’s new constitution. The central question we discussed was how to tackle global warming from a Rights of Nature perspective.

Home to Mt. Everest, Nepal has witnessed the Himalayas become the fastest warming mountain range on earth.  The kind of change that is needed is obviously significant, and over the years, our discussions have shifted from what the United States should do (“get your country off our back” was a common refrain), to what smaller nations like Nepal must do in the wake of the growing climate crisis.

Toward the end of that first stay in Kathmandu, a taxi strike took place. It was only then, as the heavy air pollution cleared, that I was able to see the Himalayas from my hotel room.

Today we are witnessing something similar in India, China, and elsewhere.  With the disruption of everyday life occurring from coronavirus, air pollution rates are dropping fast.

Without the disruption of a taxi strike or the coronavirus, something that shifts our perspective, it can be difficult to see the world differently.  What’s right in front of us can seem so concrete that it can be challenging to imagine that another reality is possible.

However, in these pandemic days (daze?), our reality seems to shift daily—even hourly.  As we read more headlines about falling pollution levels and other environmental effects, what seemed impossible becomes imaginable.

As it turns out, research shows that times of change can be a good time to change our habits. In a study authored by University of Bath psychology professor Dr. Bas Verplanken and his colleagues, they describe the habit discontinuity hypothesis.  As Dr. Rick Nauert explains, this means that “habits can be changed when you change the factors around the habit (location, context).”

Thus, disruption—in our individual lives, such as moving or getting a new job—and in our collective lives, such as a global pandemic—can provide a window of opportunity to change our habits and make positive change.

The courage to go first

The pandemic notwithstanding, times of great disruption are not always brought about so abruptly.  People on the frontlines of social justice movements struggle for years, decades, even longer, to make the great changes in society that are needed to expand freedom, rights, and protections.  They mobilize to create the conditions for significant shifts in society and law.

In social change movements those who “go first” often show the rest of us that a new reality is possible.

We can glimpse that new reality in something as simple as sitting on a stool.  In 1960, four young black men sat at a segregated Woolworth’s lunch counter in Greensboro, North Carolina.  Their refusal to give up their seats helped reveal to the nation the injustice of Jim Crow segregation.

Their willingness to “go first” led others to follow.  Within two months, sit-ins had taken place in over 50 cities in 13 states.  The Greensboro Four—Ezell Blair Jr., David Richmond, Franklin McCain, and Joseph McNeil—together made visible a path that others could then walk.

In 2008, I went to Ecuador to meet with the elected delegates to the Constituent Assembly who were drafting the country’s new constitution.  We discussed the Rights of Nature—this need to change how nature is treated under the law—from something whose use and destruction is to be regulated, to a living entity in need of protection and respect unto itself.

Ecuador is home to remarkable, biodiverse ecosystems, from the páramo high up in the Andes to the Galapagos islands.

When the people of Ecuador approved the new constitution in September 2008, it was a landmark moment in the budding Rights of Nature movement.  For the very first time anywhere in the world, a country had enshrined constitutional protection of nature—or Pacha Mama.

In the face of overlapping environmental crises—including extinction rates far beyond natural background rates, to climate change—this brave willingness of a nation and its people to “go first” revealed that it is possible to change how we treat nature, from an object of human exploitation to a subject with legal rights of its own.

Within weeks, I spoke with people in India, Nepal, and other countries who were interested to find out how they could follow in Ecuador’s footsteps.

Today, many of us did not envision that we would ever be under “stay at home” social distancing orders.  Maybe the shutdown in Wuhan was too distant to seem a possibility.  Perhaps it was measures first taken in northern Italy that brought that idea a little more into focus.  By now, the cascading events that have led to a practical global shutdown have brought into view a different world, at least for a while.

Social movements often bring into sharp relief prejudice and destruction that is otherwise camouflaged.  In so doing, such movements force our realities to shift, and we are left to wrestle with what we do with that new understanding.

At this moment, in this time of disruption, as we are able to see the possibility of change, the question before us is what we will do.