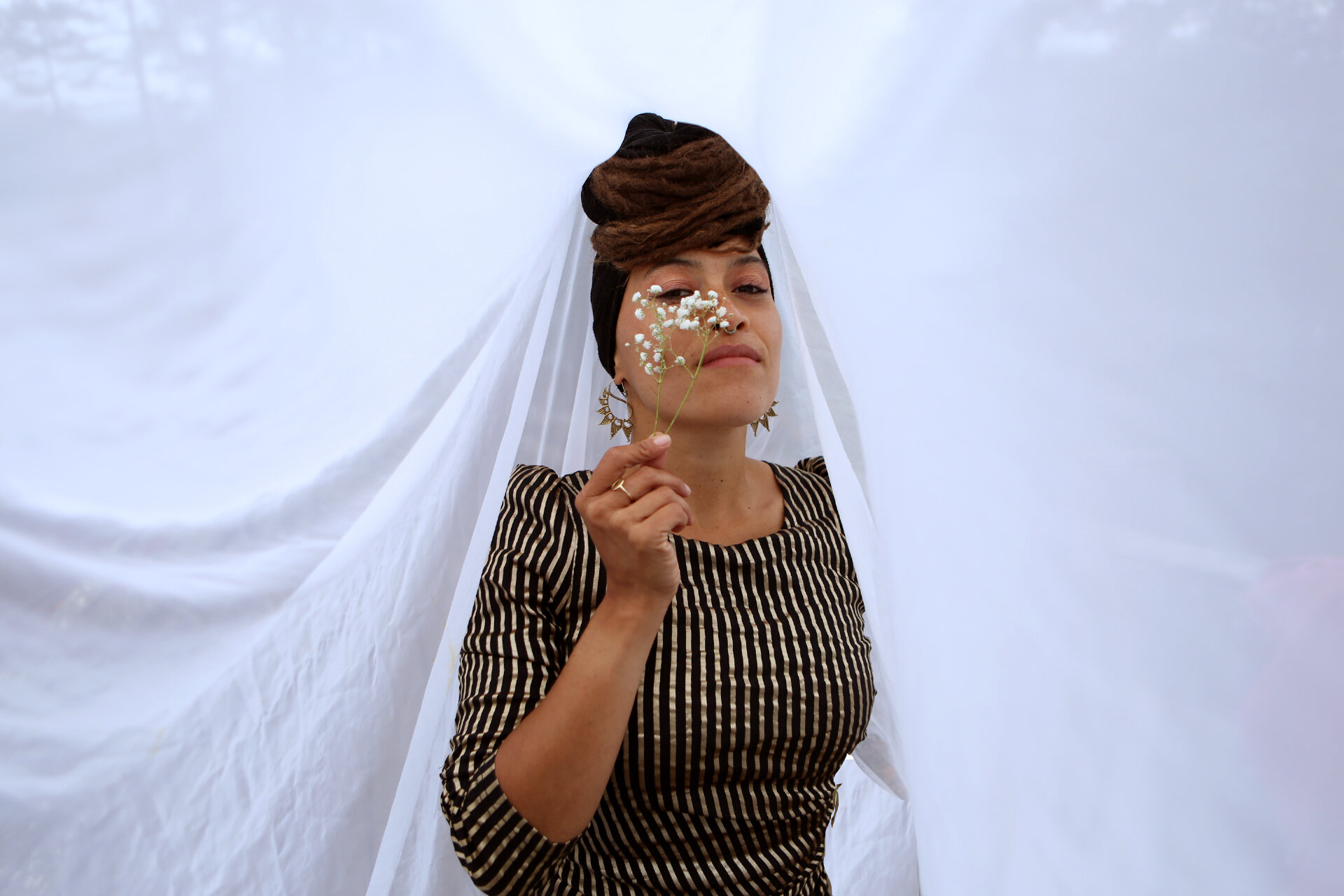 Alixa Garcia has been part of Bioneers’ world for many years. As half of the dazzling and prolific duo Climbing PoeTree, she contributed immensely to our keynotes each year, inviting hearts and spirits to soar in connection with nature, while speaking truth to power about the injustices and harms we face. Alixa is an artist/activist highly accomplished in multiple art forms, as you’ll see if you google her. She is an acclaimed visual artist, a poet and songwriter, a filmmaker, curriculum developer and graphic designer. And she has a heart deeply infused with love a yearning to keep learning and a deep dedication to healing what’s unjust and been broken. Can you tell how much I love and admire her?

This love song to humanity weaves her brilliant poetic synthesis of where we’re at with C. Wood’s soothing voice in an anthem to our resilience and buoyancy as children of Mother Earth. It reminds me to practice releasing old structures and surrendering to what is while maintaining purposeful focus, discerning action, love and resolve as we move through the uncertainty of such big and long overdue change.

Alixa García and BraveWater (aka C. Wood) release their lilting, lyrical, love song to humanity, “Fall Like Rain”, due to drop May 14th on all major distribution platforms. “Fall Like Rain”, produced and engineered by David Williamson of DWP Sounds, is the first single to be released off of this duo’s debut album, IMAGINAL, due to release in 2022.

“Fall Like Rain” is an anthem of inspiration for these hard times. A ballad of remembrance. A lullaby to get us through the complex and complicated. “It’s a soft song with a hip hop sway to pick up the spirit and sooth the mind,” says García. “It was first born a week before the pandemic came to transform us all”.

Wood explained, “Alixa and I went deep into a lava tube, carved out by a rushing volcano, on the sacred Hawaiian land of Big Island. We lit candles and sang together, drawing inspiration from the dark earth-womb around us. The chorus had come to me seven years ago, but the rest of the song had been waiting for this moment with Alixa, before it began to emerge.”

García went on to say “As the weeks unfolded, we thoughtfully sculpted this song as everything came to a sudden halt. The words are a love song for the world and a personal mantra to keep rising and falling, like rain.”

While it is García’s first time working with Williamson, it is the third time for Wood by way of songs “Dusty Road” and “Shell Point”. May 14th will mark the second song released by García and Wood together, the first being “Dust” a song they co-wrote and released on Climbing PoeTree’s 2017 album, INTRINSIC.

Listen to “Fall Like Rain” here on May 14th: Apple Music, Spotify