Making the Invisible Visible: An Interview with Patricia Watts, Founder of ecoartspace 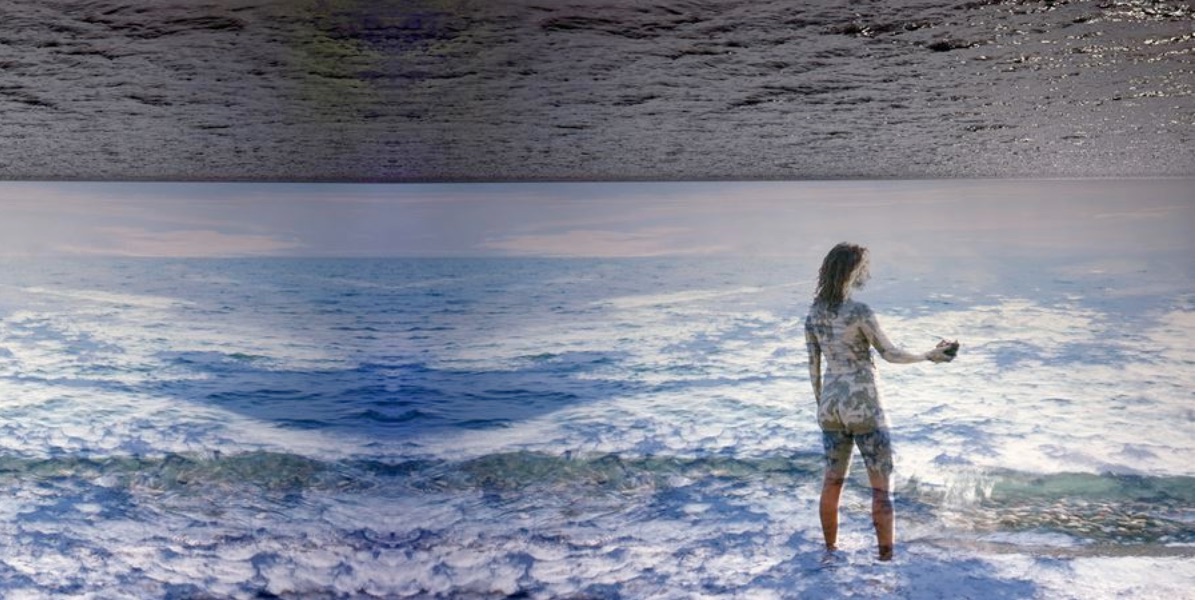 Patricia Watts, the founder (in 1997) of the groundbreaking, highly influential nonprofit ecoartspace, has been one of the world’s most important curators and leading figures in the “eco-art” movement for over a quarter century – for a detailed bio and information about her organization’s work, see: ecoartspace.org

She was interviewed by Bioneers’ Polina Smith.

Polina Smith (PS): Patricia, how did the idea for ecoartspace first come about and how has it evolved over the years?

Patricia Watts (PW): It was conceived in 1997 in Los Angeles. I was a mother of a two-year old and had recently lost a job working on a museum-in-development centered on the creative process. For three years I had researched artists working in and with nature alongside a staff of creativity theorists, anthropologists and exhibition designers. As with most of the unfortunate events in my life, I turned this experience around and decided I wanted to create a place where children and their families could learn about the principles of ecology through immersive environments created by artists. I came up with the phrase ecoartspace, and the following year I created one of the first websites of artists addressing environmental issues.

In 1999, I was introduced to Amy Lipton, a curator in New York City, and we decided to partner and move forward as a team, together in our vision but apart geographically, she on the East Coast and me in California. Our mission was to reach out to museums, botanical gardens, and nature centers to educate them about the work that artists were doing focused on ecology. The actual “place” never came to fruition, though we persisted for twenty years curating over sixty art and nature exhibitions between us, and we gave dozens of lectures and participated on many panels nationally and internationally. Combined, we worked with hundreds of eco focused artists.

In December 2019, I decided to remake ecoartspace into a membership platform, which launched in January 2020, just weeks before the pandemic lockdown. It worked brilliantly. The timing was perfect as artists were looking for ways to connect online. We started doing Zoom events, inviting our members to share about their work. Artists connected with each other and new collaborations ensued. We launched calls for artists to do online exhibitions and publish companion books. The first year we had around 400 members and by 2021, we ended the year with 700. This year, 2022, it’s looking like we will end with 800, although we’ve had almost 1,000 members join since 2020. Over 200 members are from 26 countries outside the United States. And, we have another 1,000 followers who subscribe to our monthly newsletter.

PS: Was there a project that took place during the lockdown period that you felt was especially inspiring?

PW: During the lockdown there were wildfires raging all over the world, in Australia, Brazil, California, etc., that were burning millions of trees. The loss was so profound, and we were all making connections between the difficulty breathing caused by both COVID-19 and the smoke from the fires. We were also making connections with how mycorrhizal networks connect forests with rivers and creeks. The lights started going off, so we created a monthly Zoom event called Tree Talk hosted by Sant Khalsa, in which our members making work about trees can share their work. We then put out a call for artists for an online exhibition titled Embodied Forest, which launched in September 2021. Almost 200 artists applied and 90 artists were included. We have now printed the second edition and only have a few copies left! A third edition is in the works.

PS: Is there a project on the horizon you’re especially looking forward to?

PW: This year we put out a call to our members to submit recipes and remedies to heal the “man” and heal the land. It’s called Earthkeepers Handbook. Artists or scientists (who are also members) can submit how-to instructions, manifestos and meditations to help make the world a better place. Kim Abeles, who wrote Crafts, Cookery and Country Living, a homesteading book, in 1976, and is also a member, was the inspiration for this year’s project. Abeles, along with member White-Feather Hunter, will be reviewing the submissions and coming up with a curatorial focus for the layout of the book. This year we decided to be more inclusive and we will include all submissions, with guidance if needed. Submission fees go towards the design of the book and honoraria for Abeles and Hunter’s time. The handbook will be available online at the end of this year and be a printed book early 2023.

PS: What do you think the role of the arts is in the eco-movement? How can arts serve to move the conversation forward?

PW: Most of what we do not know is unseen, happening behind our backs, or it is simply invisible to us, like carbon emissions in the air. Today’s artists are in a way more like scientists, doing the research to understand the behaviors and lifestyle choices we make to offer a different way of seeing and thinking about the role humans play in the destruction of our ecosystems. Artists are making the invisible visible. Their work offers a point of departure for having real conversations about the fate of our planet and human survival, topics that are not exactly joyful or entertaining. They are taking on the hard realities that we face and making their understanding of what is happening into visual, audible and experiential art or aesthetics.

PS: When things feel hard and insurmountable, what keeps you going?

PW: I’m all about truth. I’m not someone who sticks my head in the sand, although I’ve definitely tried to survive situations maybe a bit too long that were unsustainable. I always say we are all on a learning curve. It takes time to be willing to face the hard truths that we are currently living in. I mean, how can we tackle climate when most people are just trying to survive, making just enough money to keep a roof over their head? If those in power or the wealthy do not care about the majority who are struggling and do not feel safe due to racism or violence against those who are different, we are fighting for more than just a reduction of carbon. There is so much not right in the world, we have so much catching-up to do, to feel heard and be free to be ourselves, but people such as MacKenzie Scott give me hope. She has donated billions to hundreds of nonprofit organizations, which will hopefully make a big difference. We definitely need more Robin Hoods today, and we need to live in truth.

PS: Do you have any words of wisdom you would be willing to share with young artists wanting to combine their work with environmental advocacy?

PW: If you are an artist who is concerned about ecological issues, use your skill-set to make work that speaks to the people in your community. I think this work is more about quantity than quality, though quality is always important. You don’t need to be a part of the larger art world or to be in a big city to make this work. It’s antithetical to be concerned about the hierarchy of the artworld when we need all hands on-deck. In fact, I go as far as to say that the work that you do should be replicable; that you should encourage those around you to also do similar work. A few years ago, I started making Action Guides that allow artists to perform other artists work as their own. Yes, sure it’s important to acknowledge those who have inspired your work and to consider how your work is different than work by other artists, but when we are trying to save the planet and humanity, I think we can let go of the idea of originality, especially in this day and time when imagery and information are so ubiquitous.

PW: Artists are creative divergent thinkers who can inspire new ways of seeing and of addressing the ecological problems of our era. They can serve as healers in this time, and they are here in large numbers because this is their time to speak; and now is our time to listen.

PS: Thank you so much, Patricia, for taking the time to speak with us and keep up the incredible work!

Learn more about Patricia and ecoartspace at: