Bioneers Changes a Life and We All Benefit 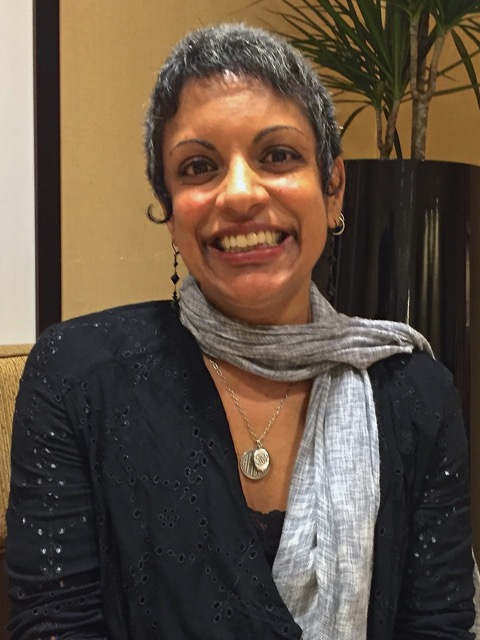 In 1998, I applied to be a Bioneers volunteer when I was six months pregnant and feeling very isolated. I was a young activist with little to no money, but I came anyway. I remember one of the most amazing moments was sitting in the middle of that big theatre in San Rafael. A woman who was African [Wanjira Mathai] who had done a keynote came and sat next to me, and said, "What is here is so powerful," and she put her hands on my belly. Kenny and Nina were talking, and I remember having this feeling that this is so deeply important, in terms of current issues, global climate, and yet there was so much heart in it.

I remember thinking, “I'm 29, I hope I get to speak like that, I hope that I get to speak my truth.” I deeply appreciated Kenny and Nina’s partnership and how they modeled that.
It hooked me, as a younger person at the time, to see Naomi Klein or someone of that ilk next to a bunch of young people doing spoken word, and then Paul Stamets talking about mushrooms. I distinctly remember how earth shattering it was. The next year my daughter was 8 or 10 months old, and I applied to do a youth workshop. I brought a young 18-year old person with me to do the workshop and we spoke about building off the themes from the prior year: How do you take your values and move them into action?

I also distinctly remember the scientists who spoke at Bioneers were really onto something, 13 or 14 years ago. I wanted to be a part of it. They knew for decades prior, but only now is it getting in front of the public’s eye. That fueled me to continue on my path, no matter what. Those moments were telling for me as a young activist.

Now I'm a part of a national movement where you see social justice and racial equity within government for the first time ever in the history of this country. I travel around the country talking about the intersection of sustainability, social justice and racial equity, asking people to be more accountable: not only take audits as you would via the EPA, but also take a social equity audit as a government and be accountable for your actions. That's how I met [Bioneers presenter] john a. powell. Now we're part of the Government Alliance on Racial Equity together.

Bioneers was absolutely formative for me. It's almost like a meme, something that becomes a part of you because you've experienced it. There's so much power, soul power, brain power that's shared. Not just caught and kept, but it's shared. When you leave Bioneers, it pulses through you throughout the year.

What stays with me is this feeling of not being alone. The work we do is so hard. It's great to be part of this new movement within the public sector, but it is so challenging and intense. So those moments at Bioneers really buoy me up.

I thought if I ever talk to Kenny, I need to tell him that one of the formative things that I'm proud of about our work in government is that whatever we do is grounded in [Bioneers presenter] Joanna Macy's Act of Hope, as well as the relational worldview. That's our foundational assumption.

That’s the kind of work I’m doing, but in a different world that is actually deeply systemically ill. I just presented at a conference on developing a set of educational standards and literacies internationally for young people, as well as for the workforce. People are asking, “What should be in the curriculum?” It's the intersection of people, place, process and power. It's absolutely vital that we're talking about these issues in the development of this literacy; it's also about a way of being in the world.

So what I love about coming to Bioneers is that you experience the way of being in the flesh. There's something about the youth scholarships for me: bringing people and allowing them to have that experience, seeing there are caring adults and that the torch is being passed now in a very deliberate and intentional way. And I felt that when I was first there.

Sonali S. Balajee is the Senior Policy Advisor on the Equity Empowerment Lens for Multnomah County, Oregon’s most populous county.

Learn more about Bioneers Youth Scholarships and how the John Mohawk Scholarship Program nourishes change and changes lives – and how you can be a part of this legacy.