Bioneers Decolonization Series: Why We Should Indigenize Place Names 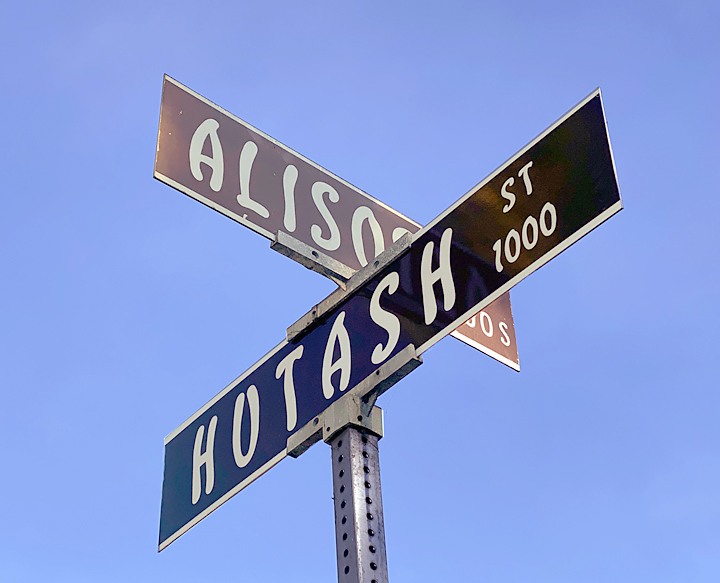 Over the past year, Americans have made great strides in dismantling white supremacy, symbolized, in part, by the taking down of racist statues. We are still far behind other settler colonial nations in indigenizing our street names, but recent events point to a growing awareness and efforts to forward this movement.

In October 2020, the Santa Barbara City Council voted unanimously to change the name of Indio Muerto Street, which means “dead Indian” in Spanish to Hutash st. a Chumash word that roughly translates to “Mother Earth.” A month later, the Phoenix City Council also unanimously agreed to change the name of “Squaw Peak Drive” to Piestewa Peak Drive  in honor of Army Spc. Lori Ann Piestewa, the first known Native American woman to die in combat in the U.S. military, and the first female soldier to be killed in action in the 2003 Iraq War.

While leaders in the Black civil rights movement have been renaming and inscribing streets to honor African American history for years, this is a fairly nascent movement in the US, especially outside of areas without significant Native populations. Renaming place names is especially needed in states that are eliminating or trying to eliminate critical race theory in the classrooms.

Indigenizing street names is a critical strategy for raising awareness of the disproportionate ongoing harms settler colonialism imparts on Indigenous peoples and other marginalized groups in the US.

I can perhaps best explain why in a personal way. I live on Portola Drive, which connects to Fremont Street. This means that every time I leave my house, I have to see the visual and civil celebration of the Portola Expedition and John Fremont.

The Portola Expedition on 1769-1770 marked the start of the Spanish colonization of California, which brought the first wave of relocation, enslavement and murder of California Indians under the justification of the Doctrine of Discovery.

John Fremont was a major player in ushering in the American colonization and the third wave of genocide against California Indians. (The second wave was when California was under Mexican law.) In 1846, Fremont and his men took control of the California Republic during the Mexican-American war. That same year, He ordered and participated in several massacres of California Indians.

Being aware of my California history, I cannot not think about the valorization of these key moments in the genocide of millions of California Indians. I dream of a day when I live on Wéyotas Drive [source] that connects to Rumsen Street.

Wéyotas, or acorn, refers to the oak trees that grow native here and are a traditional food source for many California Indian peoples, and Rumsen is the name of the people whose ancestral territory I live on and with.

You can be a part of this movement by talking to a friend, sharing this blog, supporting existing efforts to indigenize place names, or learning your history and starting a movement of your own, in consultation with and under the free prior and informed consent of your local tribe of course.

If you feel moved, we’d like to invite you to write a letter to the California State Park and Recreation Commission by September 28 in solidarity with the Yurok Tribe’s campaign to change the name of “Patricks Point” State Park to SuE-meg Village.

According to a release, California State Parks is recommending the commission to approve the changing of Patrick’s Point State Park name to Sue-meg State Park at the Thursday, Sept. 30 meeting. Public feedback on this potential name change will be accepted by the end of the business day, Tuesday, Sept. 28.

Written comments may be emailed to planning@parks.ca.gov with the words “Patrick’s Point Name Change” in the subject line.

You can learn more about this inspiring campaign in this North Coast Journal article.

And let us know what you are doing to re-indigenize your community by writing to natives@bioneers.org!