Bioneers in the News: November/December 2017 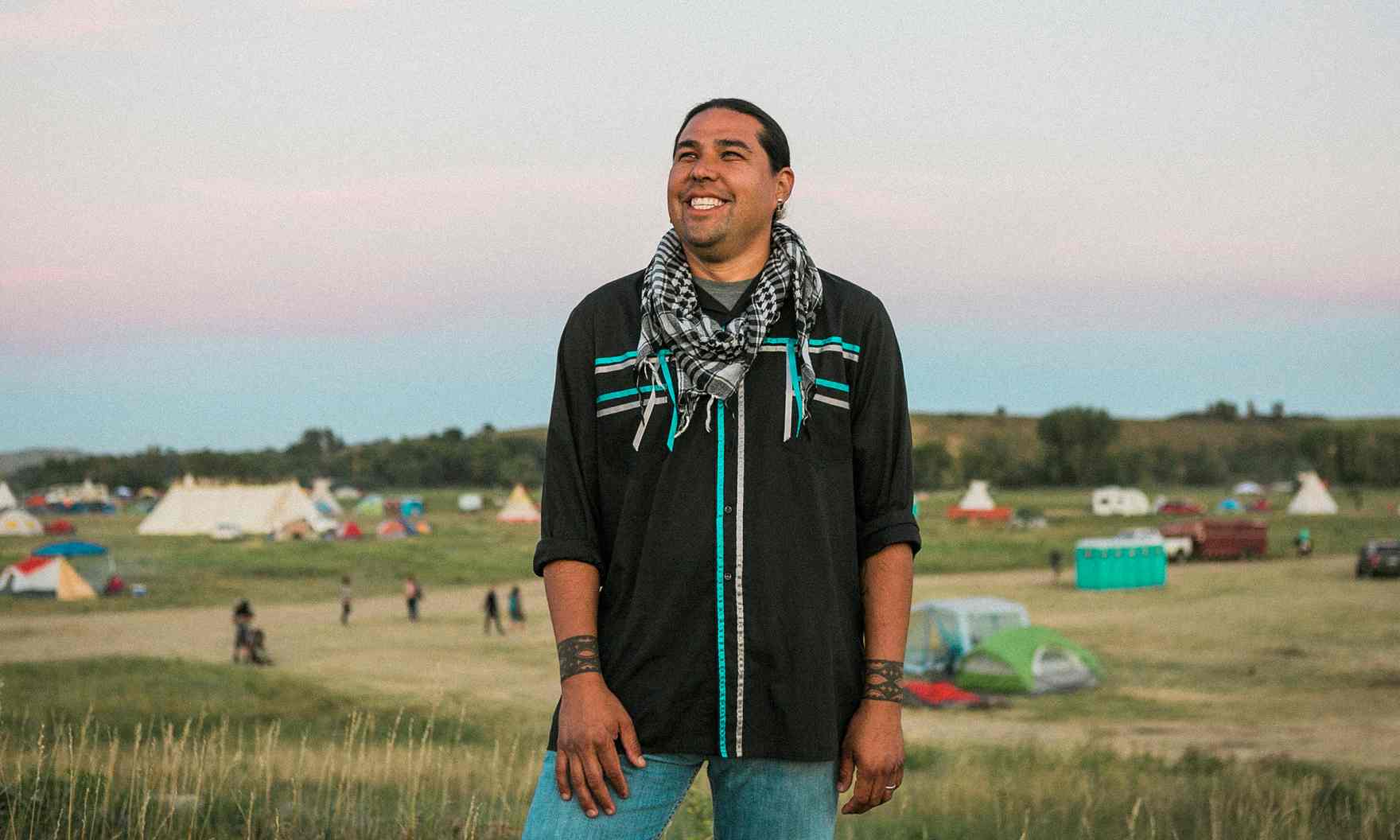 Searching for the perfect news round-up? Look no further! We’ll keep you savvy with all the Bioneers creativity and inspiration you need in your life. Follow the Bioneers Blog for our bi-weekly news roundup:

“Over the last five years, intersectionality has become a buzzword and an accountability standard for social change organizations and leaders…Two patterns especially trouble me – conflating the word ‘intersectional’ with the word ‘identity,’ and applying intersectional analysis inconsistently. There are lots of great examples of intersectional organizing for us to learn from, and the pay off can be profound when we get it right.” Rinku Sen writes on Intersectionality (a term created by Kimberlé Crenshaw)

Malkia A. Cyril and Dallas Goldtooth are on Full Color Future’s #FullColor50, “showcasing leaders — in tech, media, commerce, and advocacy — who are building a new narrative through their work.”

“Coal doesn’t make financial sense and New Energy Economy has prevailed at the Commission level in proving our case.” Mariel Nanasi celebrates the power of the people in this latest victory from New Mexico

“DRM law has the power to do untold harm. Because it affords corporations the power to control the use of their products after sale, the power to decide who can compete with them and under what circumstances, and even who gets to warn people about defective products, DRM laws represent a powerful temptation.” Cory Doctorow for his Electronic Frontier Foundation (EFF) » 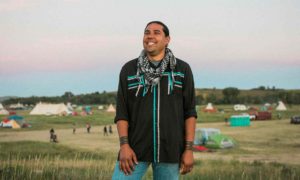 Eriel Deranger’s Indigenous Climate Action rejects award to move Aviva to “step up and show real leadership to adopt policies that result in substantive change. This moment could move Aviva, and the divestment conversation, forward to recognize Indigenous rights and cease all underwriting of tar sands corporations and full divestment from fossil fuels.”

“It poses a risk to the Indigenous rights of tribal nations all along the route and it’s a complete disregard for free prior and informed consent as guaranteed on the UN Declaration on the Rights of Indigenous Peoples.” Dallas Goldtooth speaks to CBC News on campaigns fighting against the Keystone pipeline’s construction.

Tara Houska sets the “Thanksgiving” record straight for Mic in this viral video.

The regulations are “not just about sharing tips with the back-of-the-house staff — that part would be okay — but employers would have the right to decide what to do with the tips.” Saru Jayaraman in the Washington Post and in Business Insider

Talking about climate change with friends and family can be intimidating. #BioneersYouth Alliance for Climate Education can help!

“There is now a broad consensus among forest scientists that we have considerably less fire in our forests today compared to the natural levels that occurred prior to fire-suppression policies.” Chad Hanson for Sierra Magazine »

Is LA’s infrastructure prepared to cope with our new normal of extreme weather and the droughts, wildfires and mud slides that come with it? Andy Lipkis speaks to KPCC’s Take Two on the city’s resilience

“Working within communities to make them stronger, healthier, and better—nothing the Sierra Club does today is more important. We, too, are in construction: It’s a cleaner, better future we’re building.” Michael Brune for Sierra Magazine

Van Jones tells Vulture his 10 favorite books – we see some fellow Bioneers on the list!

“Now a financial advisor for RBC Wealth Management where he advises on more than $2 billion in environmentally sustainable investments, Thomas Van Dyck shared insights that were also drawn from more than four years of work with the Divest/Invest movement. The organization urges investors to ‘join the global investor movement accelerating the sustainable energy transition’ by divesting their fossil fuel assets.” HuffPost covers Tom Van Dyck at #Bioneers2017

“Net Neutrality isn’t hard to understand, except when someone makes it so, because muddying issues is often a profitable endeavour – expensively-sown confusion is a mainstay of climate denial and a tactic that goes all the way back to the tobacco industry’s work to obscure the link between smoking and cancer.” Cory Doctorow for the New Internationalist

“If you give it a chance, nature will be much kinder than we deserve.” David Suzuki speaks to the youth, hope, and nature’s brilliance in this CBC piece.

“With sexual harassment and assault revealed to be prevalent in public workplaces, imagine what is happening to workers who labor behind closed doors in homes around the country.” Ai-Jen Poo in the Washington Post

Rinku Sen responds to a reader who asks what to do when people close to her say racist things at social events. The perfect guide to navigate the holiday season!

“Early next year, this slip of land, a little more than half an acre in all, will become the first physical piece of the Sogorea Te Land Trust, a project they’ve been working on since 2014 to return indigenous land — specifically Chochenyo and Karkin Ohlone land — to indigenous stewardship.” Corrina Gould speaks truth in the San Francisco Chronicle

Inspired by John Wick of the Marin Carbon Project, The Perennial in San Francisco celebrates #WorldSoilDay every day. Diana Donlon of the Center for Food Safety interviewed co-owners Karen Leibowitz and Anthony Myint for Civil Eats. 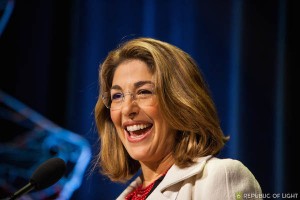 “What gives me more hope than ever is the increased energy people are putting into solutions. People are increasingly becoming clear that they have to be the leaders that they have been waiting for — and stepping into that role of leadership.” Vien Truong offers reason to be hopeful in 2018

From the TED Archives, a previously unpublished piece by Janine Benyus on the bio-industrial revolution.

“It is always assumed that people will be able to return to their place of origin’ once the disaster passes. That’s a distinctly unrealistic assumption in our age of drowning island nations and vanishing coastlines.” Naomi Klein on the U.S.’s Temporary Protected Status program for the The Intercept

Board Member and #BioneersYouth Xiuhtezcatl Martinez profiled in Upworthy

“Perhaps no outsider—no visiting expert, no dispassionate observer, certainly no outside investor—will notice the inherent weakness and cruelty of a one-product economy in a region or a country. But the adverse effects will certainly be visible and acutely feelable to the resident insiders.” Wendell Berry’s new work, The Art of Loading Brush, in Sierra Magazine

“Nobody has ever explored these deep waters, and no one on the team knows what we’ll find.” James Nestor for bioGraphic »

“The Center for Media Justice will join dozens of other digital rights champions to take Ajit Pai’s FCC to court to win back our digital voice. We’ll take action in the street if we have to, and do whatever is necessary to preserve the right of communication for communities of color, and all those with voices at the margins who, now more than ever, need to be heard.” Malkia A. Cyril on the #NetNeutrality repeal

Paul Hawken, Wendell Berry, and other brilliant folks of our time covered in Civil Eats Food and Farming Books of the Year.

Two brilliant #Bioneers2017 keynote speakers, Heather McGhee and Amy Goodman, united on Democracy Now! to discuss patriarchy and the abuses of power in media and government.

“What the storm also did is show that we can’t wait for the government to address social and environmental problems. We can’t just sit here.” Jason Mark reports from Puerto Rico for Sierra Magazine

Tom Goldtooth speaks to Amy Goodman and Democracy Now! at #COP23 on the #KXL oil spill and the Indigenous Environmental Network’s new report on Carbon Pricing and Community Resistance.

“But something big is starting to shift. After years of effort from activists, there are signs that the world’s financial community is finally rousing itself in the fight against global warming.” The latest from Bill Mckibben in The New York Times

The evolution of Biomimicry from an idea to practice? Janine Benyus in L’Oréal-UNESCO For Women in Science

“For me, Jones’ story helped bring into focus how our systems of social dominance—capitalism, racism, and patriarchy—require winners and losers. We’re all steeped in these systems. The win-lose paradigm plays out daily in the subtle and not-so-subtle details of our lives, at work, in the kitchen, in our bank accounts. And the one system with the potential to equalize us—democracy—is kept caged by the winners who want to stay on top.” Executive Director of YES! Magazine, Christine Hanna on Van Jones

Citizen Science featured in the The Economist! Shannon Dosemagen and the groundbreaking work of Public Laboratory for Open Technology and Science highlighted in this beautiful piece

“Jayaraman said it is sad to see the restaurant race-wage gap so high in the #BayArea, a place that is hailed as a center for progressive thought and ideals. She said that, like income inequality and housing affordability, the restaurant race-wage gap is one more example of the gulf between those in the Bay Area with privilege and those without.” Saru Jayaraman for KQED News »

Mary Anne Hitt of the Sierra Club’s Beyond Coal Campaign debriefs #COP23 in her latest piece for the HuffPost.