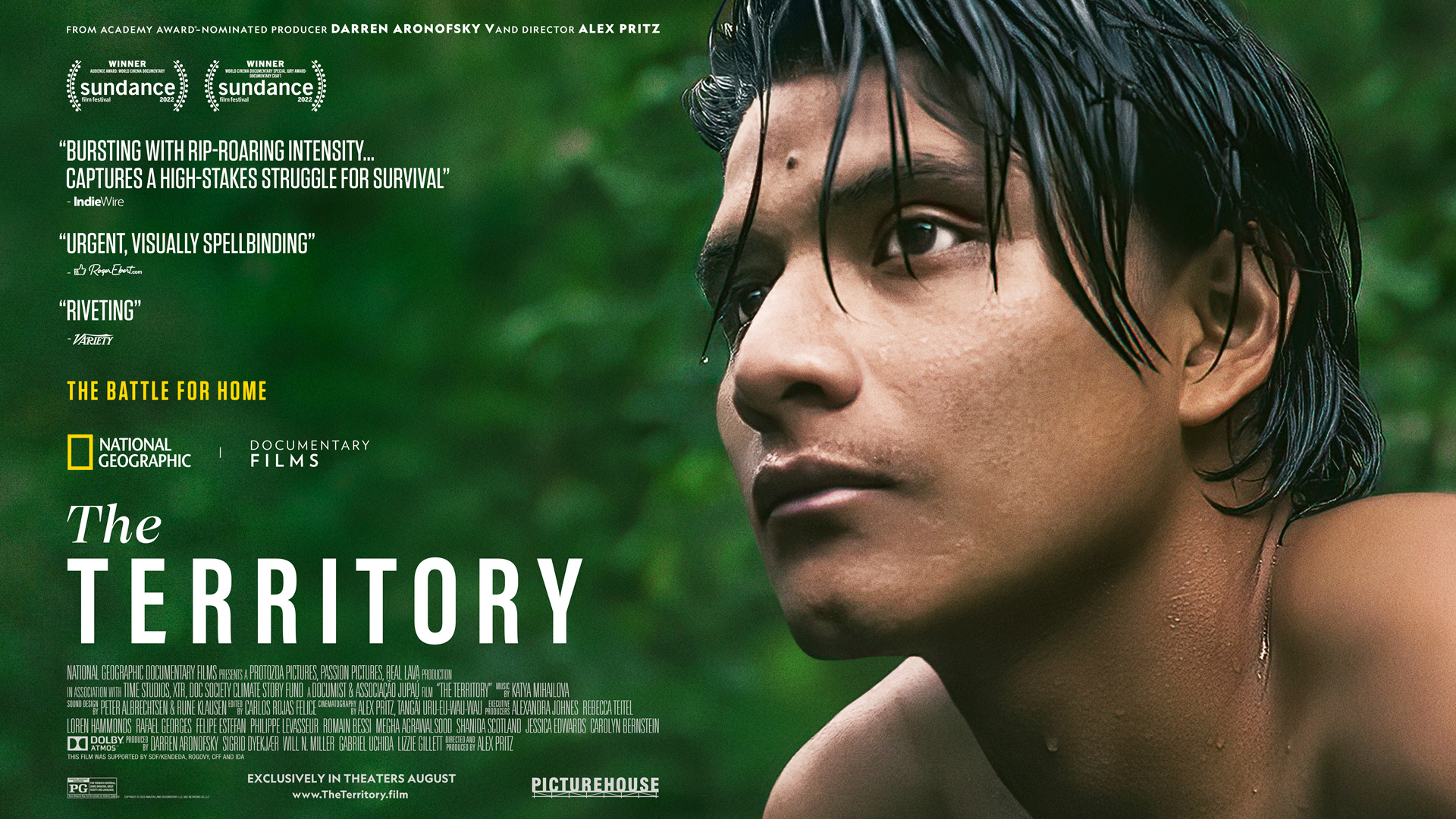 The Territory is a heartbreaking and powerful testament to what can be achieved when people come together across cultural divides to protect the planet. Co-produced by a settler-descendant American and members of the Uru-eu-wau-wau community, the Territory immerses viewers into the rampant destruction of the Amazon rainforest from the eyes of its original Indigenous caretakers. The Territory opens in theaters today, and you can learn more about it here.

Filmed over several years, the Territory chronicles “invaders,” non-Indigenous Brazilian farmers who illegally steal land from the Uru-eu-wau-wau tribe’s sovereign, 7,000 square mile territory supposedly under the protection of the Brazilian government. Wide scale drone shots show the community’s village and surrounding rainforest as an island in the middle of a burning and deforested Amazon. We meet Uru-eu-wau-wau forest protectors, their activist allies, as well as the farmers alike through the intimacies of their daily lives and conversations. When the COVID pandemic reached this part of Brazil, the tribe decided to shut off access to their territory entirely and formed their own task force and media team to get their story out to the world. What they captured is the crescendo of the story. I was amazed and thrilled that despite corrupt government officials and ever encroaching land poachers, that community members were able to get their story out, forcing recognition and change. I can’t tell you what happened, and I strongly encourage you to watch this film to find out for yourself.

In addition to the incredible cinematography, music and sound that drew me in, the Territory does a brilliant job with Indigenous representation. In parts of the film, we see the world from the Uru-eu-wau-wau. In other parts of the film, such as interviews with the farmers and activists, we still come to understand what it feels like to be dehumanized as Native peoples, whose land and resources are up for grabs, despite having sovereignty over it. The film effectively addresses stereotypes that Indigenous Peoples are primitive, showing that the Uru-eu-wau-wau can incorporate modern equipment and new organizing strategies alongside longstanding cultural practices and ways of life.

Finally, the Territory reminds us all that colonial capitalism is killing the planet. This story is about the Amazon rainforest and a tribe of fewer than 200 remaining members specifically, but this story is taking place all over the world in every continent but Antartica. “Manifest destiny” and the ideology that “terra nullius” is there for the taking, destroying, and developing is not something of the American past, but happening right now. Watching the Territory inspired me to continue to support campaigns to rescind the Doctrine of Discovery, eradicate fossil fuels, and live a more local lifestyle. I strongly urge everyone to watch the Territory, and I am grateful to the dedication of the film team, the Uru-eu-wau-wau community and their allies for making it.