Business That Works for Everyone: A Declaration of Interdependence 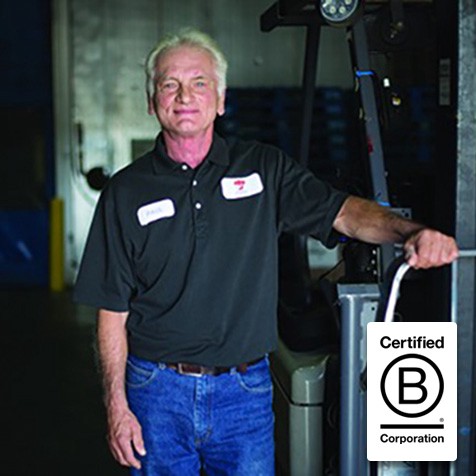 Paul Phillips, an employee of B Corp Rhino Foods, improved his life’s finances through the company’s income-advance program. Photo by Ned Castle.

This article was published in B the Change, which exists to inform and inspire people who have a passion for using business as a force for good in the world.

A version of this article was originally published on Forbes.com.

Ten years ago, a small group of business leaders stood together to make a “declaration of interdependence.” They declared the simple truth that business should work for everyone.

They weren’t leaders of big businesses. Few, if any, of these businesses were — or are — household names. They were leaders of the kinds of small businesses that make up the vast majority of businesses in the world.

What these business leaders declared wasn’t especially controversial. They declared that they cared about the people who worked for them, the communities in which they did business, and the environment they would leave for their grandkids. They declared they wanted their businesses, and business as a whole, to work for more than just themselves and their shareholders — they declared that business should work for everyone.

Here are just a few examples of what it looks like when business works for everyone:

A business that works for everyone looks like Rhino Foods, whose income-advance program helps employees like Paul Phillips who live paycheck to paycheck manage unexpected expenses. Did you know that 63 percent of Americans don’t have enough savings to cover a $500 emergency? Ted Castle from Rhino Foods knows, and that is why he is working to help other businesses across the country replicate Rhino’s income-advance program.

A business the works for everyone looks like Greyston Bakery, whose open-hiring program gives returning citizens like Dion Drew and other hard-to-employ workers a chance to build their futures with a quality job that offers them dignity, respect and a pathway to a securer life. Did you know that 70 million Americans — that’s one in three adults in the United States — have criminal records? Mike Brady from Greyston Bakery knows, and that is why he has offered to teach other leaders how to build an open-hiring model into their business.

A business that works for everyone looks like My Strong Home, whose innovative financing and construction business helps families from New Orleans to Alabama to South Carolina afford the basic roofing upgrades that can prevent storms from displacing and devastating families. It also saves them money on their insurance premiums. Did you know that more than 10 million Americans living in coastal communities are threatened by increasingly frequent and powerful storms like those we’ve seen recently in Houston, Florida, and Puerto Rico? Margot Brandenburg* from My Strong Home knows, and she knows that prevention is less costly for communities and taxpayers. That is why My Strong Home is working to secure growth capital so their needed services can reach more families before they are in desperate need.

It may surprise you that there already more than 2,000 B Corporations across 130 industries and 50 countries. It may surprise you even more that there are already another 20,000 businesses are following their lead to conduct business as if people mattered. These businesses are using free tools like the B Impact Assessment to manage their positive impact on workers, communities, and the environment with as much rigor as their profits. These leaders are redefining success in business by competing not only to be best in the world, but to be best for the world. 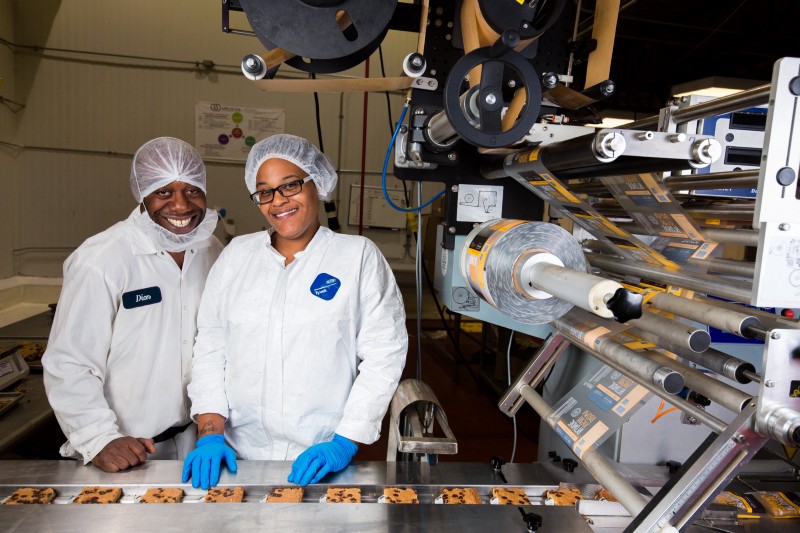 It doesn’t surprise me.

It doesn’t surprise me because a growing number of people recognize the simple truth that if business doesn’t work for everyone, eventually it’s bad for business. And, not incidentally and more importantly, it’s bad for society. It’s not just B Corps, Harvard professors and foundation presidents who agree; increasingly, we’re hearing the same from global economists and some of the biggest investors in the world.

B Corp Declaration of Interdependence

We envision a global economy that uses business as a force for good.

This economy comprises a new type of corporation — the B Corporation — which is purpose-driven and creates benefit for all stakeholders, not just shareholders.

As B Corporations and leaders of this emerging economy, we believe:

That we must be the change we seek in the world.

That all business ought to be conducted as if people and place mattered.

That, through their products, practices, and profits, businesses should aspire to do no harm and benefit all.

To do so requires that we act with the understanding that we are each dependent upon another and thus responsible for each other and future generations.

As business leaders, it’s time to roll up our sleeves and get to work. Earlier this year, in the face of rising insecurity, fear, hate speech and violence, and in the absence of trust in our economic and political systems, the B Corp community issued a call to all business leaders to join us in building a more inclusive economy that will create a more shared and durable prosperity for all.

In early October 2017, the B Corp community gathered in Toronto for their annual gathering under the banner of Interdependence and redoubled their efforts for Year 2 of the Inclusive Economy Challenge. And they’ve created all kinds of resources for any business who shares their vision of an inclusive economy to join them.

A shared and durable prosperity for all is the unfulfilled promise of capitalism, but the current economic system isn’t yet delivering on that promise. Only by recognizing the fundamental truth of our interdependence — and taking concrete, measurable action to build an inclusive economy — can we put out the fires of populism that threaten our political and economic systems.

It’s simple really. We need business that works for everyone.

Let’s get to work.