Demond Drummer: What the Green New Deal Could Mean for Our Economy 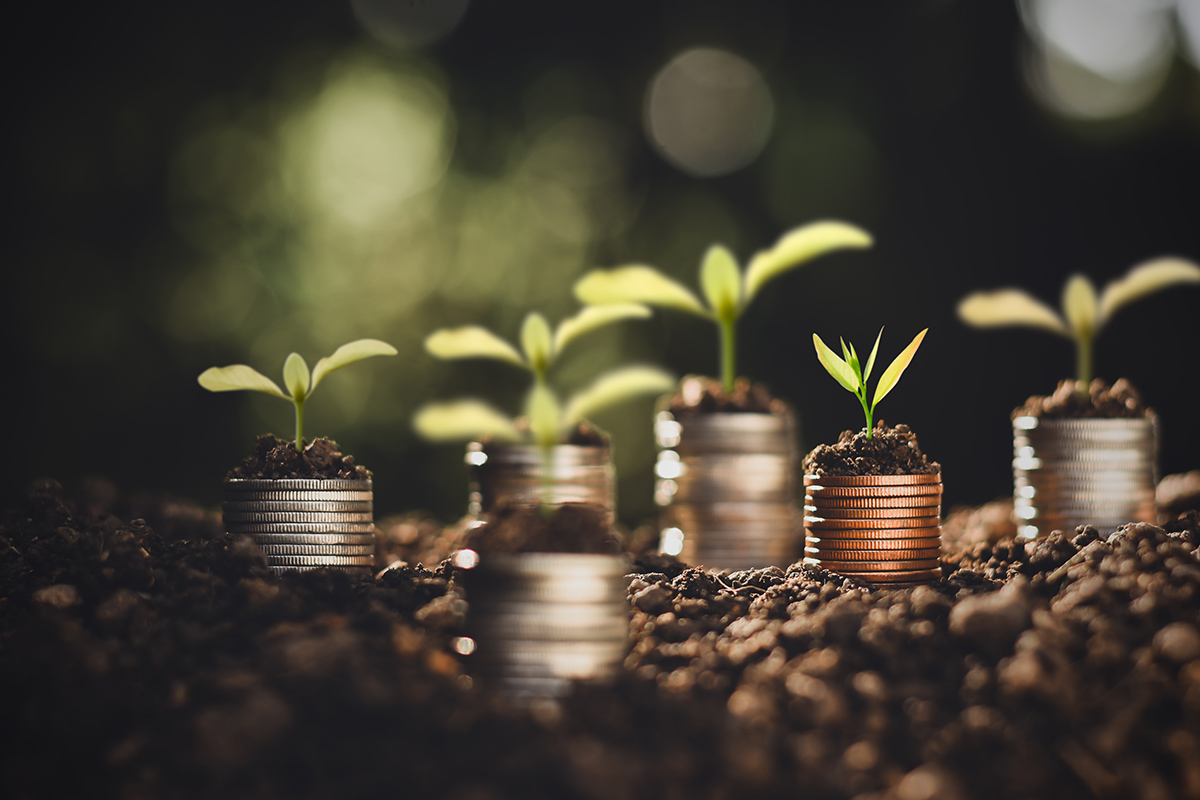 Demond Drummer is the co-founder and Executive Director of New Consensus, one of the key intellectual and policy forces behind the Green New Deal. Using the Green New Deal as a vehicle for national mobilization, New Consensus is addressing the climate crisis by combining both environmental and economic impact.

Drummer is at the center of its solutions, which provide a roadmap for transforming the flawed systems that have contributed to our climate crisis today.

In this interview with Teo Grossman, Bioneers Senior Director of Programs and Research, Drummer explains how the Green New Deal is paving the way for the structural reform necessary for a transition to a more equitable world.

TEO: The proposed Green New Deal is obviously inspired by the “original” New Deal. While the New Deal was one of the major pathways out of the the Great Depression, how it was actually passed and implemented was deeply problematic, containing approaches that we obviously don’t want to repeat. What can we learn from history here?

DEMOND: The New Deal helped lift many Americans out of the pain of the Depression. But initially nobody wanted to call this version the “Green New Deal,” because of the reality of the origin story of the original New Deal.

Fear Itself, a book by Ira Katznelson, outlines the history behind how we understand the New Deal. We think of the New Deal as the product of a visionary president, Franklin Delano Roosevelt. But what Ira Katznelson adds to that history is that the Congress was a leading crafter of the New Deal, and the Southern Democrats of that Congress had enough voting power to block any New Deal legislation.

As a result, the New Deal was shaped within what Katznelson calls a “Southern cage”. It was crafted to support and not challenge Jim Crow policies. Everything that came out of the New Deal had to get the approval of segregationists, white supremacists, Southern Democrats. Historians say that the further south you went, the less effects of the New Deal you saw. Look at Mississippi today. The further north you went, the more you saw the influence of Jim Crow and Southern segregationist thinking influencing how housing happens, like redlining in Chicago. So you don’t get the hood without the New Deal, and this is why we wanted to steer clear away from it.

But the “Green New Deal” caught on because it captured the public imagination and the media loved it. It opens up an opportunity to critically engage the New Deal, to show that our government and laws shaped opportunity by giving it to some and cutting out others. It allows us to interrogate what was good and bad about the New Deal, how it cut black people out, how it cut women out, and then be clear about how we can use policy to correct those wrongs, and radically target those same people moving forward, for the benefit of the country. It becomes a learning moment.

For people who think we had this egalitarian society, this moment means we can talk about how the New Deal shapes opportunity and wealth even to this day. That’s why we need another New Deal called the Green New Deal. So, the name actually worked out quite well. The conversation we need to have is on the story — the myth — we tell about ourselves as a country.

TEO: I remember the basics of what I learned in high school about the New Deal, and that was not part of it. I suspect that’s the case for most people.

One of the critiques of the Green New Deal is that it’s not just a climate policy, it’s a transformation of our economy masquerading as a climate policy. For anyone really looking at the issues we’re facing, this is clearly a disingenuous critique. The scale of the problem is such that we need an equally sizable solution to make it work.

It’s impossible to address the climate breakdown without rethinking food systems. You can’t decarbonize the agricultural sector without decorporatizing it, without thinking about food justice. You have to follow the rabbits down all of the rabbit holes. There is no piecemeal way to do this. We live in a system that took many, many years to build, and it’s going to take some time to get back. We need a systemic solution. That comes from really examining, interrogating and changing the policy and economic regime that we live in.

TEO: Is your vision for the Green New Deal broader than the 1930s New Deal, in terms of tackling all aspects of a problem?

DEMOND: That’s a great question because the New Deal was extremely comprehensive, everything from the farm credit system to Federal Housing Administration (FHA). We forget. We forget that there was no FHA when they were proposing it. There was no farm credit system. Before Eisenhower wanted the National Defense Highway System, there was no interstate highway system. None of it existed. Indeed, the idea was: Does democracy work in the midst of a depression? And what role can a government play?

They invented ways the government could improve the material lives of people in this country — regulating banks, labor standards, all of these policies that did not exist prior — all within a few years. It wasn’t one bill. It was a series of executive orders, court rulings, legislation — all of the above.

We believe that the Green New Deal should be at least as comprehensive as that, everything from decarceration to decarbonization. It’s very comprehensive because we have just a few years to right the ship, and there is no way to do that without being bold and visionary and aggressive.

We have to understand that money is a tool that human beings create to get things done in society. There’s this idea that there’s not enough money. First of all, there is. But if there isn’t, what do you do? We do what we did during the Great Recession. The government literally created money to bail out banks. They called it quantitative easing. It sounds really vague. They didn’t say printing money. We got real creative when it came to bailing out Wall Street. What we’re saying is we can be as creative, not just from a fiscal policy standpoint but from a monetary policy standpoint, to bail people out of this climate crisis that mostly has been created by corporations that we’ve allowed to control our society.

TEO: It has been amazing to see the influence of youth movements and activism in terms of popularizing the Green New Deal. Why do you think this youth voice has been so powerful?

DEMOND:  The youth are definitely leading in this moment, and their work today builds on decades, and in some cases, centuries of movement building. Leaders from the Sunrise Movement and beyond are very clear about their tactics, strategy and theory of change.

One thing I learned from them is being mediagenic, this idea of it looking good on television, in print, online. It’s incredibly effective for them to be singularly focused on advancing this issue. We are in this moment where there is an unavoidable, undeniable crisis and, through a new organizational model and new set of tactics, a relentless set of new voices have pushed through.

TEO: On that topic of movement of movements, when Sen. Tom Hayden spoke at Bioneers, he described the New Deal as the cumulation of broad basket of ideas, many of which had been cooking up in movements over time. What antecedents have influenced the way that the Green New Deal concept was developed?

DEMOND: New Consensus was not only designed to formulate the Green New Deal plans to transition our economy and society to be more sustainable across all fronts, but also to work on the economic rationale behind it, i.e., the role of the government in funding and shaping the economy. We have to remind ourselves that the government plays a significant role in our economy. Eighty percent of the technology in the iPhone was either developed out of or directly funded from government research. We’ve determined that the lane New Consensus can really run in is this idea of industrial policy: what we produce and how we can lift wages up in this country.

What does that mean? It means right now we have a set of rules and regulations, an entire framework that really props up the financial industry. It’s not an explicit industrial policy, but it’s all there to see: banks are doing quite well, and who else is?

What does it mean to transition to clean manufacturing? Could we throw massive amounts of public funding to catalyze more research? If technology isn’t commercially viable yet, could the federal government step in to bridge the gap? Think about how the current energy system was designed. We wouldn’t expect ExxonMobil to buy an aircraft carrier to support their business needs. Aircraft carriers are not commercially viable. But somebody decided that we needed them to support fossil fuels freely flowing from the Gulf. Right? Nobody frames it that way, but that’s how they’re talking about technology that is too expensive to commercialize today.

People want jobs. People say the unemployment rate is low, but it doesn’t seem like it where I live. People have stopped looking for work, and those that do have jobs, have jobs they hate. Part of the Green New Deal is to create a lot of good jobs and focus on that moving forward.

We need a new deal for farmers. Let’s take the money that we’re sending to Big Ag to subsidize the extractive agriculture industry and let’s give that subsidy directly to actual farmers. Let’s grow it here and consume it here, and stop dumping food on other countries and screwing up other people’s economies. That’s what we’re talking about.

We have to say: This is possible. This is what this means to have a strategy to transition to a clean and just economy, and do that in a way that lifts up workers and closes regional and racial wealth gaps.

So much of what we’re talking about requires some base level understanding of what’s possible.

TEO: What is possible? What can you envision 10 or 15 years down the line if we get this right?

I think the world is possible, and all we have to do is decide to go out there and do it, and not be limited by stale thinking and by systems that were not designed to get us where we want to go. We have to identify those things that need to be thrown out, restore what needs to be kept, bring back some things that we’ve forgotten, and continue to iterate and build a society that we want.

The question is: How far do we need to go? I think we need to change the Constitution, like we probably need a re-founding. We haven’t updated our legal software in more than two centuries. It doesn’t make any sense. We have a Constitution that has slavery in it. The representation of the states in Congress was designed around slave-owner math. It’s wild.

We need to really be honest with ourselves. We’re going to need some deep, deep structural reform, but we’re going to give this Green New Deal a go, and see what happens.