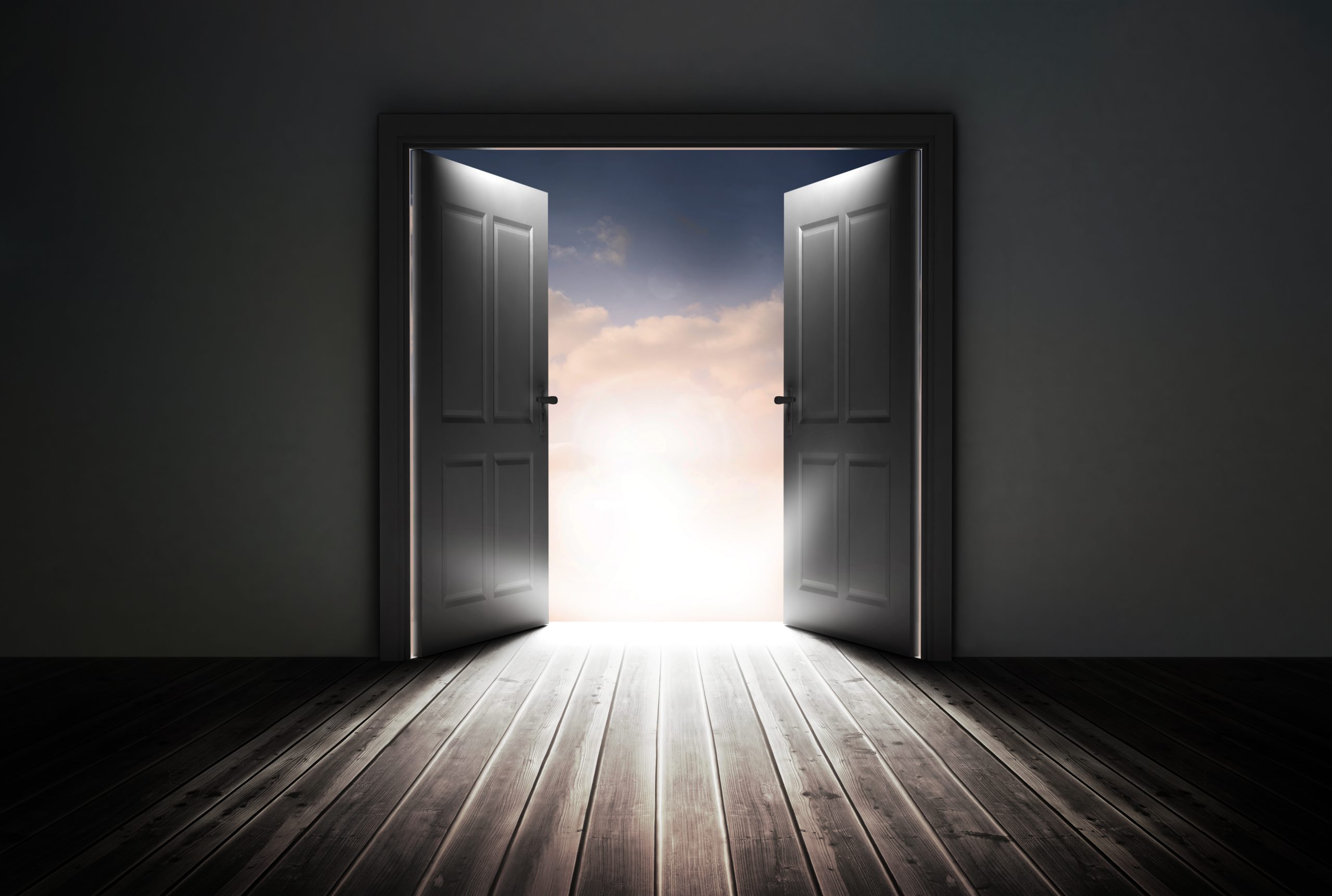 In this keynote from the 2021 Bioneers conference, Bioneers Co-founder Nina Simons draws from vast and varied cultural touchpoints – from Indigenous wisdom to Biblical storytelling to pop icon Patti Smith and intellectual heavyweight Cornel West – to share her journey towards uncovering and embracing the role of discipline in service of cultivating our hearts’ capacity to love.

By reframing and re-imagining discipline as disciple-ship, Nina addresses the necessary inward turning, self-examination and reflection that is integral to addressing the layers of unconscious bias that live within us. She asks each of us to hear the subsequent call to rigorous action needed – both individually and collectively – to eradicate Patriarchy, Colonialism, Racism and Capitalism in this massive era of change… and to build the future our hearts yearn for.

What I feel called to share with you are some of the ideas, practices and perspectives that I’m finding useful to find my way through the uncertainty, grief and anger of this massive era of change. It’s a time that one of my beloved mentors, Joanna Macy, named The Great Turning.

To remember and retrieve my own agency, my sense of sovereignty and connection to the sacred, I’m peeling away layers of unconscious biases inherited from a constellation of deadly systems whose violence is being amplified by a pandemic: Patriarchy, Colonialism, Racism and Capitalism.

Sylvia Federici’s book, Caliban and the Witch helped me understand the inter-relatedness of those four diabolical systems – well beyond my earlier observation that living in a female body opens an empathic window on injustice for me and for all women.

She reveals how the consolidation of a capitalist system was dependent on 3 things:

the subjugation of women, the enslavement of black & Indigenous people, and the exploitation of colonized lands to extract resources. She details how the unpaid labor of women and of enslaved workers was a necessary foundation for capitalism to take root.

For me, capitalism’s driving purpose – to commodify and monetize ever more of our lives and nature, while increasing profits at all costs – is gaining ground as a primary culprit of the predicaments we’re in.

As a species, we’re facing nothing less than a near-death experience. Thankfully, throughout the history of times such as these, people have shown a capacity to rapidly change values, precipitating large-scale change.

Of all the resources we have available to cultivate ourselves to best survive this tumultuous time, to contribute to co-creating the future that our hearts yearn for I believe that cultivating our hearts’ capacity to love is the most powerful, most enduring and most regenerative of all.

I’m learning that disciplining my heart is central to increasing that ability.

The word discipline used to trigger an immediate reaction in me of rebellion, resistance and defiance. I assumed that it implied some external authority that I needed to resist, in order to protect or defend my own agency.

But that changed when another idea of discipline landed within me – reframed as disciple-ship. When applied to any aspect of myself, it means taking on an intentional apprenticeship. Now, it involves humbling myself to learn to do something more consciously and purposefully than I had before. In this case, to relate to my heart’s immense love and yearning.

But for me to become a more effective and magnetic lover of life, in the midst of all this tumult, I need to be rigorous with myself. Remembering or relearning how to value myself for my uniqueness and intrinsic value and discarding old habits of comparison and self-judgement that limit my expression.

To hold myself accountable I must give up my complacency, my learned helplessness and my rationalizations.

To love and care for yourself is not a self-indulgent act. It’s essential for each of us to embody the world we want to co-create, and to become more able to contribute meaningfully to it. By loving ourselves, we deepen our capacity to love others, and as we do so, we can become far more effective allies and advocates for changing the systems that oppress and destroy so many of those we love. Cornel West says “justice is what love looks like in public.”

I know I need to apply discipline (or discipleship) in how I relate to those I don’t agree with, or people who are decidedly different from me. This is not easy to do, but also so necessary.

Those of us who want to help make positive change in the world have got to grapple with the vast imbalance of the power differentials we face. Our class and racial inequities are so systemic and so ingrained that no matter how hard I try, I continue to discover my own blind spots and embedded patterns of white supremacy and privilege. It’s excavation work we’ve got to be willing to undertake, no matter how uncomfortable it is, as the need is so urgent and great.

In the biblical tale of David and Goliath, a small shepherd boy conquers a giant by slinging a rock at his exposed forehead. According to Malcolm Gladwell’s read of the story, we tend to think of David’s victory as a miracle, as proof that sometimes, the weak can conquer the strong.

He proposes, though, that David’s win may have less to do with luck than with our perspective. The things we assume to be disadvantages. Taking a novel approach, innovation and creativity are often an advantage. And fighting a giant weighed down with too much history or money may actually put them at a disadvantage. Having lived through prior traumatic events can confer strength.

Gladwell also notes that while underdog tactics can be highly successful, many don’t adopt them because they require harder work, greater adaptability and a willingness to think outside the box.

But with so much at stake in every domain of our lives, it’s a time to exercise discipline as discipleship. And to act, even if we feel scared and even though we know it’s hard.

The path ahead promises to be challenging, hard and uncertain. It requires higher levels of centering, practice, accountability and responsibility.

For me, it means shedding old simplistic and idealistic notions I held, often unconsciously – that change was possible without action or confrontation, that leadership was possible without sacrifice, and that I didn’t have to adopt a warrior stance to be an activist. As I’ve sought to leverage my privilege to become a better ally with Indigenous and other people of color’s struggles it’s required humility, dedication and perseverance from me. And it’s definitely a work in progress.

But for the future my heart yearns for, we’ll need lots of us stretching our skillfulness to create connective tissue among our communities, our movements, and our issues. To succeed, we surely need each other – and many of us – all together.

Over a thousand years ago, the Iroquois Five Nations or Haudenosaunee had been in violent cycles of destruction, with endless conflict and revenge killings for many years. The Peacemaker was born among them, and he brought them into unity by the clarity of his vision, and by sharing the Great Law of Peace.

As Onondaga Faithkeeper Oren Lyons tells it, the law’s basic elements are three-fold:

The first is peace. They all laid down their arms and agreed to fight no more.

The second is the power of the great minds united, the amplified intelligence of the collective.

And the third was symbolized as one bowl, one spoon.

That means to honor Life’s limits, and to share, with gratitude and equity among the people.

Much later, some of the governance principals of the Haudenosaunee Six Nations Confederacy informed the creation of the US Constitution and Bill of Rights. Their model of gender equity inspired the US women’s suffrage movement of the early 1900s.

It’s the people rising up in collaborative movements that I choose to believe in. The peoples’ voices together speaking in many tongues:

That vision asks us to become connective tissue together to embody the power, strength and interconnectedness of all the issues we face.

Sadly, though, many among our populations have an easier time imagining the end of the world than the end of capitalism. As the Guardian columnist George Monbiot recently noted, “then let’s begin by imagining something that’s easier to comprehend: the end of concentrated wealth. Our survival depends on it.”

May we fling open the doors and windows of our minds to let some fresh air in and be willing to risk that change.

Pat McCabe, also known as Woman Stands Shining, a colleague and friend from the Diné or Navajo Nation, offered a challenge: she suggested we need to find ways to love the future.

When I heard her words, I realized how often I’ve held the future in a dim light.

I recognized how hard it’s become to hold a future vision that my heart can fully embrace.

In the late 1980’s, well before apartheid ended in South Africa, then journalist Catherine Ingram interviewed Desmond Tutu. She noticed that he kept saying, “when we end apartheid.” At that time, she thought “yeah right, dream on.”

Afterward, she reflected: “I didn’t want to rain on his parade or anything, but in my heart of hearts, I thought, not in your lifetime. And lo and behold, a year and a half later, it was over. It was really a profound lesson about what can happen when the will of people aligns.”

Sometimes, it’s hard to see massive changes while they are emergent. But we must be able to imagine them, watch for them, name them, continue working towards their happening, invest our hearts in their outcomes, make art that calls them in, speak and dance and pray them into being.

Now, learning to love our future is becoming part of my practice, not in a naïve way or one that denies the truth or complexity of what is, but as part of my discipleship towards cultivating congruence.

In many ways, our greatest challenge may be to unleash our imaginations. To be able to visualize, and feel in an embodied, emotive way the future we want, the futures our hearts desire, the futures we yearn for and imagine are possible.

In a recent interview about Climate Change, Michael Pollan, the writer who’s tackled issues as complex and varied as our industrialized food systems, psychedelics and consciousness, said he believes we still have a real chance as a species to shift our course.

He said “Nothing is inevitable; everything’s evitable; and that’s really important.

We’re very fatalistic. People assume things are the way they have to be and they’re not.”

As meaning-making creatures, we are innovative and hard-wired for story.

But these gifts are multivalent: they can be both a blessing and a curse,

and everything in between. What this means is that it all comes back to agency, to our ability to choose, moment by moment, what path to take, how to interpret what happens, and how to respond to it. To help shape our lives, both individually and communally.

To be in discipleship to growing ourselves and loving life, while stretching to become connective tissue with each other.

To being able to lovingly and whole-heartedly, with acceptance and courage, engage ourselves in this period of intense change.

I hope that in the future, this era may become known as “The Time of the Great Alliance” or “The Time of Rivers Coming Together.”

As Patti Smith sang to a crowd of 30,000 global activists assembled in Glasgow, Scotland, gathered to address climate change at COP26,

People have the power

The power to dream, to rule

To wrestle the Earth from fools.

Listen, I believe everything we dream

Can come to pass through our union.