How to Change Your Mind: A Review of Michael Pollan’s Latest Book About Psychedelics 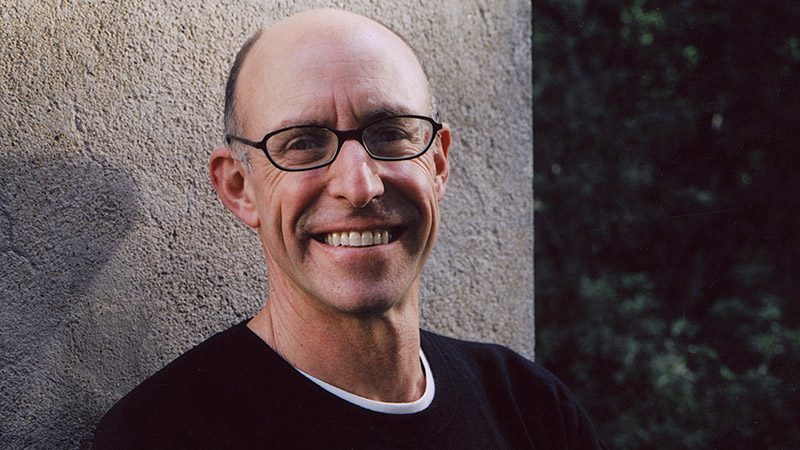 How to Change Your Mind: What the New Science of Psychedelics Teaches Us About Consciousness, Dying, Addiction, Depression, and Transcendence
by Michael Pollan (May 2018, Penguin/Random House)

(Get a taste: Read an excerpt from How to Change Your Mind).

Michael Pollan plays a unique role in American intellectual life. In his many groundbreaking, often-bestselling books and highly influential articles, Pollan has seamlessly woven together multiple personas—investigative journalist, cultural observer and critic, storyteller, public intellectual and translator of leading-edge science into comprehensible English. He has, on several occasions, almost single-handedly shifted the national conversation on visceral issues central to human existence: our relationship to food (in such works as The Omnivore’s Dilemma, Food Rules, In Defense of Food, Cooked) and to the entire universe of plants (in The Botany of Desire). Pollan may be about to change the national conversation again with his latest project, How To Change Your Mind. 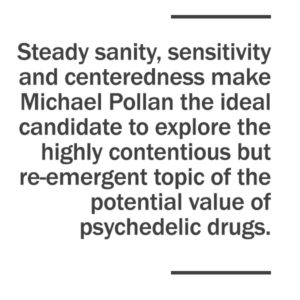 Michael Pollan is an excellent writer, one who invariably gets to the essence of very complex topics, making them accessible to just about any literate reader—and he does this without ever “dumbing down” the material. This is a rare gift. Pollan has also found a way to combine his impeccably honest, level headed, lucid, rigorous approach (though always, mercifully, leavened with a sprinkling of gentle humor) to analyzing issues with personal immersion in each topic.

Steady sanity, sensitivity and centeredness make Michael Pollan the ideal candidate to explore the highly contentious but re-emergent topic of the potential value of psychedelic drugs, which he has done in his newest tome, How to Change Your Mind: What the New Science of Psychedelics Teaches Us About Consciousness, Dying, Addiction, Depression, and Transcendence. (Read the book’s prologue here.) Many books have been penned about various aspects of psychedelics (scientific, medical, cultural, anthropological) over the decades, some of them excellent, but their readership has, for the most part, been limited to hard-core “psychonautic” subcultures. Those few works on the topic that have broken out and reached a more mainstream audience over the last 60 years or so have tended not to be—to put it mildly—the most grounded and sober examples of the genre.

Michael Pollan will be speaking about the fascinating research into psychedelics behind How to Change Your Mind at the upcoming Bioneers conference in October 2018. Get your tickets today.

How to Change Your Mind begins with the history of research on psychedelics and the pioneering experiments in using them therapeutically. This recounting focuses especially on LSD and psilocybin, starting in the late 40s when Albert Hoffman’s “problem child” (as he later called it) made its way out of the lab and into the hands of researchers, therapists and circles of intellectuals in Europe and North America, continuing into the early 70s. That often promising and surprisingly widespread (if at times overly enthusiastic, insufficiently rigorous and poorly designed) research and experimentation with combining psychedelics and various forms of psychotherapy and other “human potentials” modalities was almost completely shut down in the wake of the backlash to the counterculture in the late 60s.

The psychedelic subculture mutated into a number of streams that went further underground, continuing their own dynamic forms of experimentation and covert cultural practices to the present day. Meanwhile, government-approved research remained totally halted until the late 80s and early 90s, when it slowly began to re-emerge thanks to the efforts of a handful of tireless, passionately dedicated scientists, therapists and advocates, whose story Pollan tells. That research has regained momentum in the last decade with more human clinical trials underway, most notably those at Johns Hopkins and NYU. These trials have focused on often-intractable problems, such as reducing death anxiety in terminal patients and addressing PTSD, depression and addiction. The trials have yielded extremely positive, tantalizing results, which Pollan describes in detail, but so far they have been administered to very small samples of patients and will need far more expansion and confirmation before penetrating into the medical mainstream.

Quite a bit of the story about the emergence, interruption and rebirth of this field of inquiry has been previously recounted in a number of books, but Pollan’s overview of this fascinating and very colorful history is useful because it is up-to-date, impeccably researched, and fairly comprehensive—and he has no axe to grind. He lays out the facts he has ascertained even-handedly and fairly so an unacquainted reader will get a very clear sense of how these substances emerged, the great promise they showed in early experiments, studies and trials, the personalities involved, the problems that arose, and the current status of research. 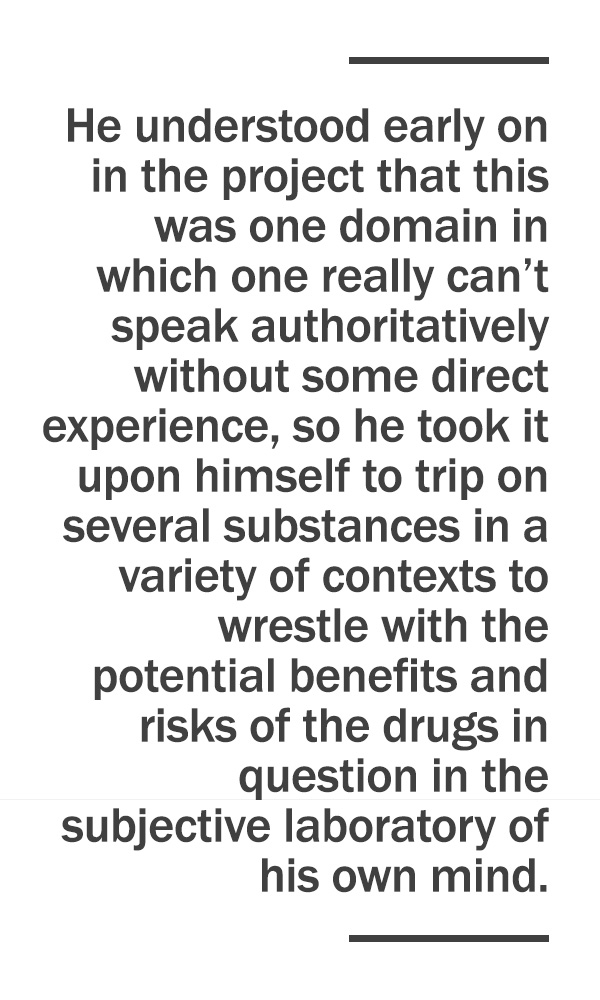 Pollan also explains what the neuroscientists who have studied psychedelics’ direct impact on the brain have found, and the range of hypotheses that are now offering possible explanations for the powerful temporary effects these drugs have on the psyche.

Pollan’s multi-decade history of the therapeutic uses of psychedelics and reportage on current neuroscience regarding their effects are central components of his text, constituting roughly half the book. This history is important and valuable to recount, will be of great interest to many people and is essential to this tome’s structure and mission. Perhaps because I was already familiar with that history, the other major component of the book, the personal stories of psychedelic experiences, was even more compelling for me. Pollan interviewed scores of people who had taken part in past and contemporary “psychedelics-aided therapy” trials to get their subjective accounts of what transpired and the lasting effects of their experiences. There are quite a few powerful accounts of life-changing shifts in perspective that get to the heart of how humans seem to blossom when they are able to feel a connection to something greater than themselves and tamp down the dominance of the ego. The psychedelic experience is well known to be impossible to do justice to in conventional language (“ineffable” comes up a lot), as trippers are frequently known to emerge spouting platitudes about universal love or incoherent babble, but Pollan understands this problem full well. Nevertheless, he was able to get profoundly moving testimonies from his interviewees. He has the courage to use his eloquence to engage with seeming platitudes in order to delve into the hard-to-define mystical impulses these experiences so often trigger.

By far the most compelling and entertaining part of the book, for me, was Pollan’s reporting on his own forays into the psychedelic realm. He understood early on in the project, quite correctly, that this was one domain in which one really can’t speak authoritatively without some direct experience, so he took it upon himself to trip on several substances in a variety of contexts to wrestle with the potential benefits and risks of the drugs in question in the subjective laboratory of his own mind. 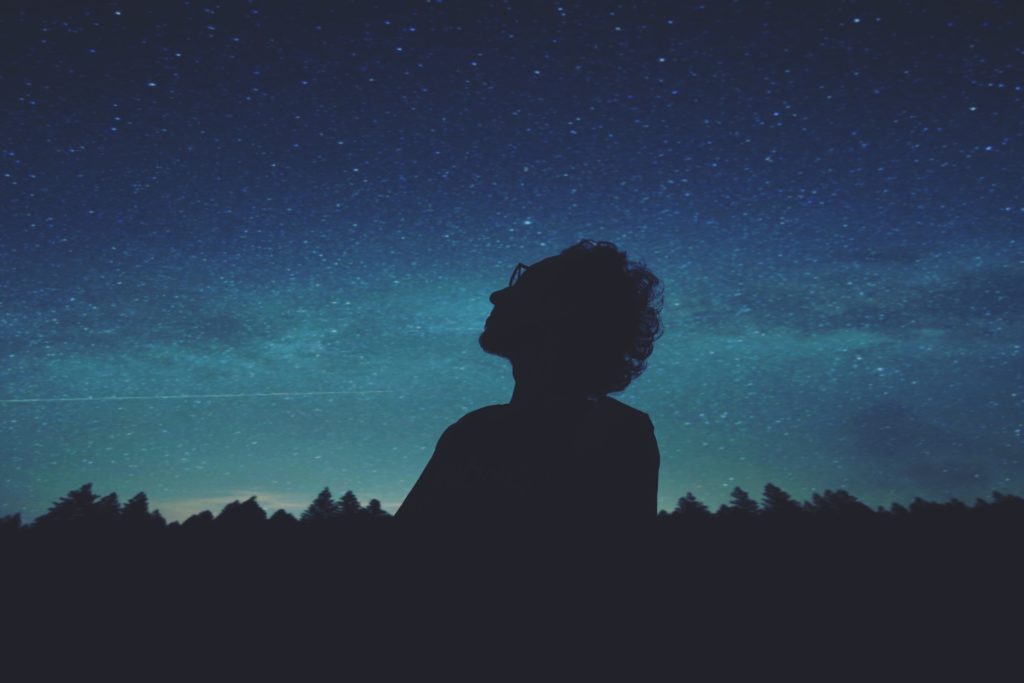 Pollan is a convincing everyman in that quest. While he had clearly dabbled in cannabis (one of the plants whose history he traced in The Botany of Desire), he was a relative psychedelic novice when this journey began. He had a few mild magic mushroom experiences decades ago but had never taken LSD or had a strong, full-blown “trip.” He’s an open-minded and open-hearted guy, but he’s also a secular rationalist wary of supernatural and magical thinking, rooted in a scientific view of the world. He also confesses to being fearful of—or at least somewhat uninterested in—introspection at the onset of this project. The frequent reports of mystical and quasi-mystical experiences by people who have ingested psychedelics fill him with ambivalence as he begins his explorations because they are outside his normal ideological comfort zone, but they often seem to be central to the curative potential of these drugs. 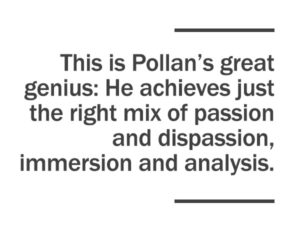 What makes this part of the book so compelling is that Pollan is brutally honest about his fears, doubts and prejudices going in. He is a warm, compassionate, at times endearingly self-deprecating fellow that one really enjoys following on this travelogue of occasionally ecstatic and frequently harrowing journeys into the mysteries of the unconscious, but he is also a rigorous observer who can be dispassionately skeptical, willing to subject his own feelings and thoughts to sharp scrutiny. This is Pollan’s great genius: He achieves just the right mix of passion and dispassion, immersion and analysis.

This is where How to Change Your Mind penetrates most deeply and viscerally into the mysteries of the mind. Pollan engages in experiences that force him to question his assumptions about the nature of consciousness and the meaning of life. He is a great storyteller, and meeting some of the extremely colorful characters and subcultures he encounters in his search for guides is great fun. But this is also a totally engrossing account of one no-longer-young man’s courageous, daring quest to wrestle with the most profound questions facing any human being.

Because Pollan is such a well-known figure and bestselling author, taken seriously by cultural gatekeepers, it is possible this book will have an impact that others who have written about this topic could never hope to achieve. He has lived up to his responsibilities, having produced a cogent, smart, deeply informative, highly entertaining and ultimately profound text. I fervently hope it will engender a national conversation about the seemingly impressive curative potentials of psychedelics, the most powerful consciousness-modulating substances ever discovered.

More and more of us seem to be subjected to the intense suffering caused by such conditions as depression, anxiety, PTSD and addictions, and nearly all of us are affected by the fundamental human terror of death and meaninglessness. If these admittedly tricky substances with their checkered history and awe-inducing potency can (with great care and thoughtful application, when appropriate, with well-screened patients) become more widely available tools in the eternal struggle to mitigate human psycho-spiritual angst and suffering—as the research in this book indicates they are likely able to do—it would be a crime not to do our utmost to make them our allies. A whole community of heroic, dedicated people has been working for a long time to make this happen, and the movement should be grateful that Michael Pollan has lent his voice to their cause. He could be just the right person to push that critically important effort into a higher octave of mainstream acceptance.

Read an excerpt from How to Change Your Mind here.

J.P. Harpignies is a Brooklyn, NY-based consultant, conference producer, copy-editor and writer. He is the author of four books: Political Ecosystems, Double Helix Hubris, Delusions of Normality, and most recently Animal Encounters; co-author of The Magic Carpet Ride; editor of the collection, Visionary Plant Consciousness; and associate editor of the first two Bioneers books: Ecological Medicine and Nature’s Operating Instructions. A senior review team member for the Buckminster Fuller Challenge, he was formerly a program director at the New York Open Center and founder/co-producer of the Eco-Metropolis conference in NYC. J.P. also taught t’ai chi chuan in Brooklyn, NY for nearly 25 years.