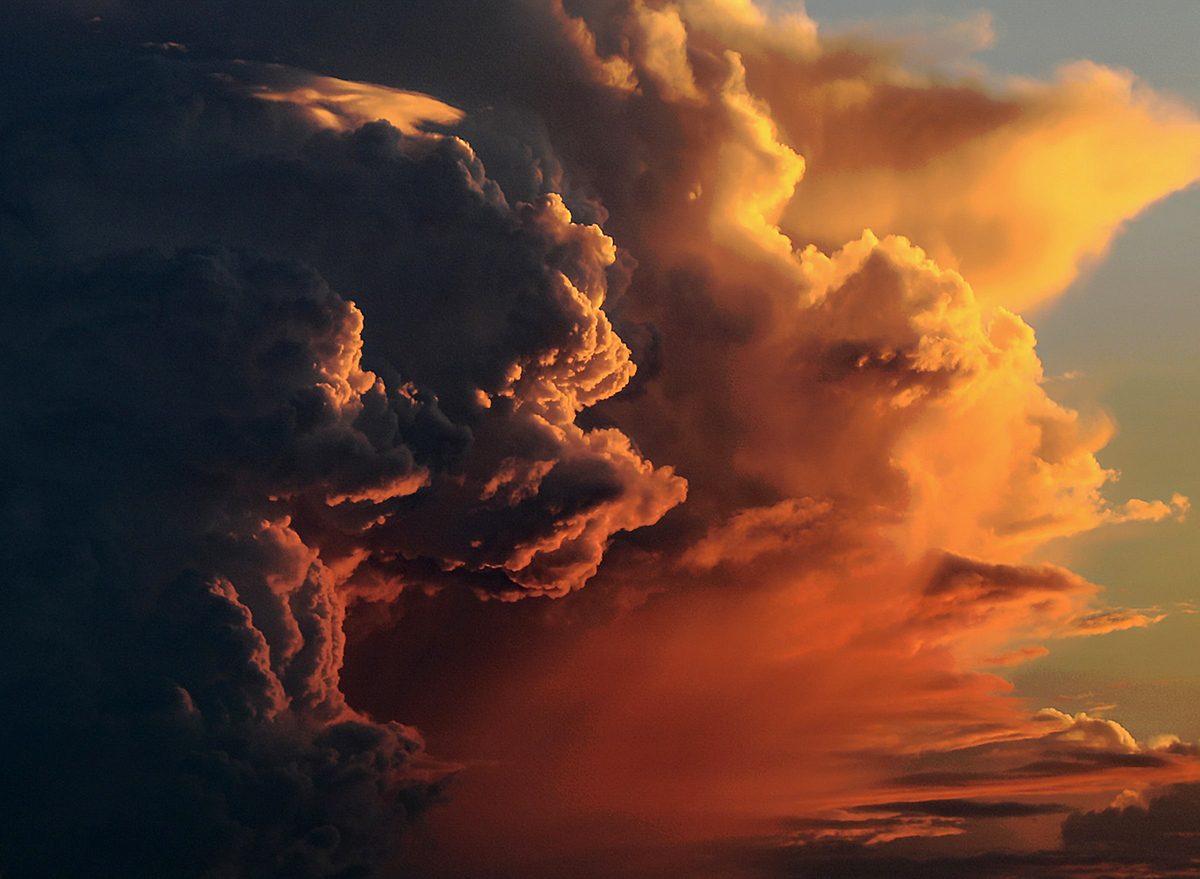 Note: This essay by author and Bioneers Senior Producer J.P. Harpignies was originally written as a template of a talk to be delivered at the World Ayahuasca Conference in 2019. The views and opinions expressed are his own and do not reflect the official policy or position of Bioneers.

Obviously the judicious use of ayahuasca and a number of other consciousness-altering plants and substances can have a wide range of very positive effects. If I didn’t believe that, I wouldn’t be here at this conference, but as with any powerful tools, there are also very real problems associated with their use, and I think that those of us who are psychedelic insiders have a responsibility to acknowledge these risks and not just to focus on the positive aspects.

These problems can of course include physical and mental health complications for some vulnerable individuals, something some overzealous proselytizers of psychedelics don’t warn enough about in their discourse, but there is ample information available on mitigating such risks, and my focus here today is not on individual health but on psychedelics’ impacts on the larger socio-cultural sphere and on ideologies.

Many people in the psychedelic community, probably the majority, have an at least somewhat utopian, in some cases even messianic, view of these substances’ potential to contributing to making our society far more enlightened and compassionate. I am highly skeptical of those claims.

Psychedelics do tend to shake loose and bring to the surface a great deal of material from the personal and collective unconscious, and this can indeed be healing and liberating in the right context. It certainly tends to enliven creative juices and to unleash Dionysian impulses. But Dionysian energies invariably engender reactions from the gatekeepers of social orders, so psychedelics can contribute to exacerbating culture wars and political divisions. Helping shake up a stale social order can certainly be a positive thing, but it tends to heighten conflict, not to usher in an age of peace and love.

In the case of ayahuasca, another problematic issue is the large-scale appropriation of Indigenous practices by “first world” peoples without sufficient acknowledgement of the debt owed to those whose cultures developed the use of this medicine in the first place and definitely without sufficient tangible assistance to help empower these often highly threatened and impoverished groups to defend their lands and rights.

I’m not advocating banning cultural poaching, because cultures have borrowed and stolen from each other for all of human history, but we in the psychedelic community could do much better in supporting first peoples on the frontlines of environmental and human rights struggles. Ironically we too often overly romanticize these cultures but most of us don’t do anything concrete to actually support their battles for survival in the real world. And that romanticizing of shamanistic practices has had other problematic side effects, including an influx of “spiritual tourists” to the Amazon Basin, which does bring some economic benefit to some local people but also causes a whole lot of disruption to the social fabric. It has also indirectly led to a virtual epidemic of sexual predation of women by leaders of ayahuasca circles around the world, something that is thanks to the efforts of some courageous women starting to be forced out into the open and discussed, but that requires far more attention from the entire community.

But what I came to explore today is another aspect of the psychedelic world, that, while it is in some way common knowledge, is hardly ever discussed and analyzed in depth: the tendency among so many psychedelic users to embrace a wide range of half-baked megalomaniacal utopian and paranoid beliefs. The very widespread silliness surrounding supposed end-time prophecies in 2012 and an earlier iteration, the “Harmonic Convergence” episode in 1987, offer classic illustrations of mass delusions that swept much of the counterculture, including its psychedelic wings, with very little internal questioning of the dubious assumptions underlying the beliefs.

The dirty little secret is that a very large number of users of mind-altering substances, especially those who identify strongly with psychedelic subcultures, embrace a broad swath of “unconventional” ideas. They are, for example, far more likely to believe in the existence of aliens who actively engage with humans, in a range of esoteric divinatory systems and occult philosophies, in a range of political conspiracy theories, in the literal truth of a variety of prophecies, and so on; than other citizens (who are by no means free of such beliefs). I am not saying that all of these beliefs are invariably silly. There are some very serious thinkers who engage with some of these ideas and practices, but by and large, the large majority of the rank and file participants in psychedelic subcultures who flock to these untraditional beliefs are far from rigorous thinkers.

So, why do so many psychonauts have such weird beliefs? Some of it may be due to the fact that many psychedelic users are young, and over-enthusiasm and naïveté often come with the territory of youth, but the average age of psychedelic users is rising, so that relative youthfulness is at best only one factor.

It could also be argued that a majority of those seeking consciousness expansion are part of what is often called the “counterculture,” characterized by its plethora of untraditional beliefs, so psychoactive substance use isn’t the cause of weird ideas; it’s just that most psychonauts happen to be nestled in that larger counterculture ripe with offbeat worldviews. And, one could further argue that, actually, weird ideas have in recent years increasingly swept through all sectors of societies, far beyond just countercultures, so we definitely can’t blame psychedelics for creating the cacophony of delusions and paranoias we are inundated by. Psychonauts are perhaps just subject to the same disorienting social forces as everyone else, so their delusions are perhaps no different than everyone else’s. There is undoubtedly some truth to that argument, but psychedelics at the very least seem to give weirdness a radical booster shot, and the reason I’m focusing specifically on the psychedelic community’s embrace of distorted ideologies is that I’m part of it, and I think that our community’s widespread assumption that it is a wonderful force for universal healing needs to be challenged.

I think that to dig deeper and excavate the main reasons for this widespread embrace of “weird” ideas by so many psychedelic users, one has to consider the fundamental nature of psychedelics and their collision with contemporary social structures and values.

I think it’s fair to say that psychedelics are trickster molecules. They can act as truth serums in some instances, forcing individuals to confront issues they’re not facing; they can generate deeply healing states and life-changing realizations, but they can also engender delusions, spiritual inflation and a tendency to adopt grandiose, overly romantic ideologies.

Some believe psychedelics can at times grant us access to transpersonal sources of information, and this may be the case, but how one interprets those often usually ambiguous revelations and how one integrates them into one’s behavior and worldview can be very tricky territory. Above all, for most modern users, psychedelics tend to amplify pre-existing aspects of our psyches and belief systems and to release a great deal of material from the Id, to use a Freudian term. In many cases positive emotions of connectedness, interdependence and universal love as well as biophilic tendencies can be radically enhanced, but other deep psychic contents, such as extreme political or religious prejudices, or latent megalomaniacal and messianic tendencies, or cosmic paranoid states (not infrequently involving insectoid aliens for example) can be what gets most stirred up. Many experiences dredge up a mix of all these elements.

Traditional shamanic cultures refined the navigation of this confusing psychic terrain over centuries, and they did it within the context of far more cohesive societies than our own. Modern users seek to learn from the spiritual technologies of these traditions, but it’s impossible to replicate the level of control of altered states that pre-colonization shamans possessed, and even they could never fully control the experience.

Our own, far more individualistic and complex culture is characterized by very high levels of neurosis, anxiety and narcissism, and our increasing reliance on technologies has atrophied many of our perceptual skills. We may have more materially comfortable and longer lives than hunter-gatherer societies, but we are far less centered, embodied and socially rooted. So the collision of powerful consciousness-modifying substances with a by-and -large profoundly psychically wounded population engenders a range of bizarre epiphenomena.

But, one might ask, why should one care that many psychedelic enthusiasts have offbeat ideas about global conspiracies or megalomaniacal fantasies about their level of spiritual accomplishment? Well, besides the fact that especially silly beliefs can be annoying, and that self-appointed, poorly prepared or power hungry psychedelic gurus can be dangerous, what most concerns me is that our civilization is facing an existential crisis, as climate change and plummeting biodiversity threaten the very integrity of the biosphere, and socio-economic and political crises threaten the pillars of our social order.

Many people in psychedelic subcultures have convinced themselves that their “awakening” is a force for good in and of itself and that as their subculture grows the world will be magically healed, but very few of them, in my experience, are socially or politically engaged in a tangible way with serious groups. I worry that during a period in which we desperately need all those who share a broadly progressive, tolerant, compassionate, egalitarian worldview to work towards the common goal of preserving our planet’s capacity to sustain life and reducing gross injustice and inequality, that the energy of most of the psychedelic subculture is being dissipated in ideological black holes. Quite often members of this subculture, are, in my view, actually harming progress by diffusing conspiracy theories or romantic spiritual ideas that are counterproductive and impede realistic, effective mobilizations.

Obviously this is just a very quick overview of a complex question, but my intent in raising these issues is to try to get some of the more sober and sophisticated thought leaders in the psychedelic world to begin admitting with a bit more honesty the reality of this community’s fairly disturbing ideological landscape, to begin to at least try to nudge more of its members in more productive and less delusional directions. If we are not able to do that, though I acknowledge that psychedelics can definitely have highly beneficial effects on individuals, I think it will be hard to argue that the psychedelic community is contributing to solving our most pressing collective societal problems. It will just be another source of ideological noise.