James Nestor: How Breathing Exercises Can Change Your Life 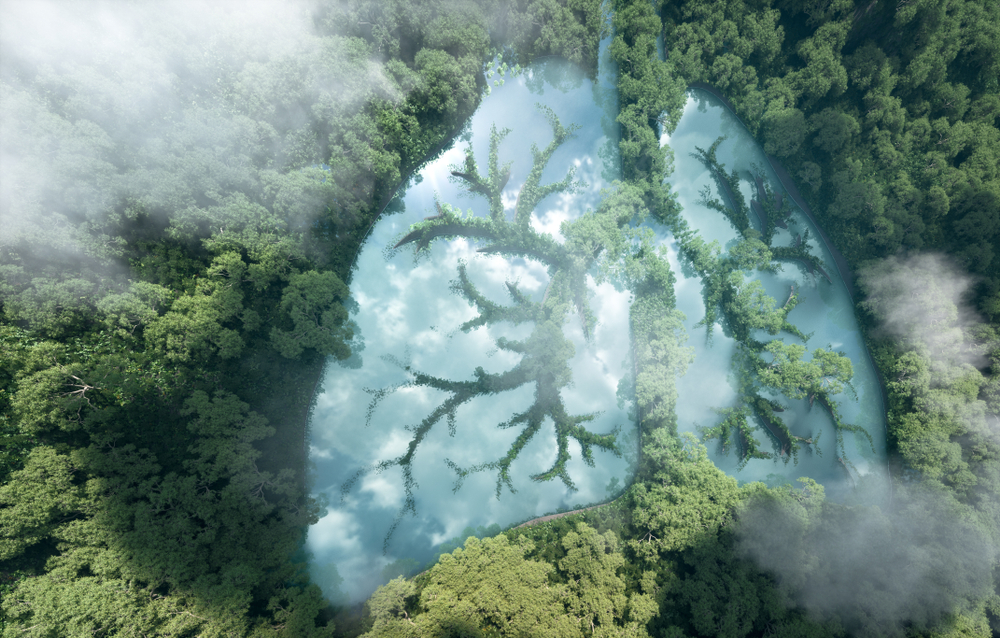 Breathing is an essential function for our health and wellbeing, an exercise so basic to sustaining life that we do it without even thinking. But it’s also a lost art. Humans have forgotten how to breathe correctly, so the journalist James Nestor traveled the world to find out where we went wrong.

In his new book, Breath: The New Science of a Lost Art, Nestor tells the tale of exploring ancient burial sites, secret Soviet facilities, the smoggy streets of São Paulo and beyond — all to learn the hidden science behind ancient breathing exercises. Nestor expounds on conventional wisdom and years of research to draw new, revolutionary conclusions about the healing power of breath.

Following is an excerpt from Breath, reposted with permission.

I’d like you do something. Please take a breath. As you breathe in, I’d like you to consider that the air now passing down your throat into your lungs and bloodstream contains more molecules of air than all the grains of sand on all the world’s beaches. We each inhale and exhale some thirty pounds of these molecules every day—far more than we eat or drink. And the ways in which we take in that air and exhale it is as important as what we eat, how much we exercise, or whatever genes we’ve inherited.

This sounds nuts, I realize. But this is exactly what neurologists, rhinologists, and pulmonologists working at some of the most prestigious research institutions are now showing there. Honing this air, these zillions of molecules we take in and push out can help us live longer and healthier lives.

The ancients have been onto this for thousands of years. From the Greeks to the Buddhists, Hindus to Native Americans—they all considered proper breathing as essential to health. As far back as 400 BC, Chinese scholars wrote several books on breath, believing it was both a medicine, or poison, depending on how we used it. They named their restorative breathing practice qigong: qi, meaning “breath,” and gong, meaning “work.” Put together, breathwork. “Therefore, the scholar who nourishes his life refines the form and nourishes his breath,” says a Tao text. “Isn’t this evident?”

This message hasn’t seemed to have made it to the modern world. Up to 80 percent of us today are breathing inadequately. Twenty-five percent of us suffer from serious overbreathing. Fifty percent snore on occasion and about a quarter suffer from the chronic nighttime asphyxia known as sleep apnea. Up to a half of us habitually take in breath from our mouths. The consequences of this poor breathing are wreaking havoc on our health. Hypertension to neurological disorders, asthma to metabolic diseases can all be either exacerbated or sometimes even caused by poor breathing habits.

But improving breathing habits can have a significant impact on our well-being. In some cases, simply changing the way we breathe can blunt the symptoms of so many modern chronic diseases. New York psychiatrists and authors, Dr. Richard Brown and Patrician Gerbarg, found patients who practiced these slow-and-low breaths could blunt the symptoms of anxiety and depression. It even helped 9-11 survivors restore lung damage caused by debris, a horrendous condition called ground-glass lungs. Where all other therapies failed, breath offered significant improvement.

If we keep building healthy breathing habits we can help reverse that list of modern day maladies that now affects the majority of the population: all that asthma, those allergies, and even autoimmune diseases like type 1 diabetes and psoriasis.

Take, for instance, Carl Stough, a New Jersey choral conductor who in the 1950s and 60s developed a deep, diaphragmatic breathing method to help singers improve the resonance of their voices. Using the same practice, Stough treated emphysemics at the largest VA hospitals on the east coast. Several of these patients had been bedridden for years, giving a steady diet of antibiotics and oxygen, but to no avail. Many were close to death. Stough rehabilitated the patients by teaching them how to breathe properly. He showed them how to develop their shirking lungs and atrophied diaphragms, which at the time, was supposed to have been medically impossible. X-rays proved it, and patients who had been left for dead walked out of the hospital.

Anyone could benefit from improving breathing, to extending those inhales and exhales a little longer and to take in less air more slowly. Stough proved it when he went to train the U.S. men’s track and field team in preparation for the Mexico City Olympics in 1968. Within a few sessions, the runners were breaking records. Under this tutelage the team went on to win a total of 12 medals, most gold, and set five world records in the greatest track performance of an Olympics. The Americans were the only runners to not use oxygen before or after a race, which was unheard of at the time. They didn’t need to. Stough had taught them the art of breathing.

Then there was Katherina Schroth, a teenager living in Dresden, Germany, in the early 1900s who’d been diagnosed with scoliosis and left to live the rest of her life in bed or rolling around in a wheelchair. Over five years Schroth developed and used a technique called “orthopedic breathing.” She too did the “impossible”; she stretched and breathed her spine straight, then went on to teach hundreds of others to do the same. After decades of derision by the German medical establishment, Schroth was awarded a medal for her contributions to medicine. This teenager left to live a short life bound to a wheelchair died just three days shy of her 91st birthday.

There were dozens of others: a French hairdresser who recovered from lung disease and went on to run 150 miles in the Sahara Desert at the age of 68; an anarchist opera singer who (according to her notes) hiked alone through the Himalayas for 19 hours at a time without food or water, using only her breath to keep her warm and nourished; a Ukrainian cardiologist who found a way to inhale and exhale in ways to reduce or effectively “cure” patients of chronic asthma. Their discoveries were equaling amazing, and there were piles of research—videos, X-rays, data sheets—proving their claims.

So, why haven’t we heard of these people and why aren’t we all using their practices? For some reason, in some way, Stough, Schroth, and almost every other breathing researcher I’d come across was largely ignored during their lives. Several were censured. When these people died, whatever ancient secrets they’d unearthed were scattered and forgotten. This went on for decades.

The researchers I worked with over years who studied breathing have come to believe that at least some of the resistance had to do with the medicine itself: air. Many scientists of the past have pooh-poohed the idea that we might affect the structure of our bodies, bones, and tissues right down to the cellular level by just changing how we inhale and exhale. Even today, even with reams of literature now proving its efficacy, healthy breathing isn’t taught in medical school. Few doctors have even heard of it, and the dozens I talked to over so many years were increasingly bitter about it. They wanted to help their patients. Recently, many have begun to come back to breathing.

If there’s anything good to have come out of his foul Covid pandemic, it’s that it’s made us more acutely aware of our breathing. Hospitals are now using breathing techniques to help patients better overcome the symptoms of viral pneumonia. Even more recently, hospital staff have stopped laying patients on their backs—which makes it more difficult to breathe—and started laying patients on their sides or stomachs.

These practices, like all the other breath practices used by Stough, Schroth, and all the other respiratory researchers over the 20th century, are nothing new. They’ve been with us for hundreds, even thousands of years. They’ve been inscribed within the statues of the Indus Valley since at least 2000 BC. They’ve been refined by Chinese doctors centuries later. They’ve been codified and organized in the Yoga Sutras of Patanjali after that and practiced by tens of millions of Buddhists, yogis, and monks for the past two millennia.

It’s a technology that modern scientists at Harvard, Stanford, and other esteemed institutions are just now rediscovering and proving to be profoundly beneficial to our health, happiness, and longevity. And to think, it’s all been just under our noses the whole time.

More from James Nestor on Bioneers.org:

More on breathing from James Nestor: