Making a Mini-Forest: The Miyawaki Method 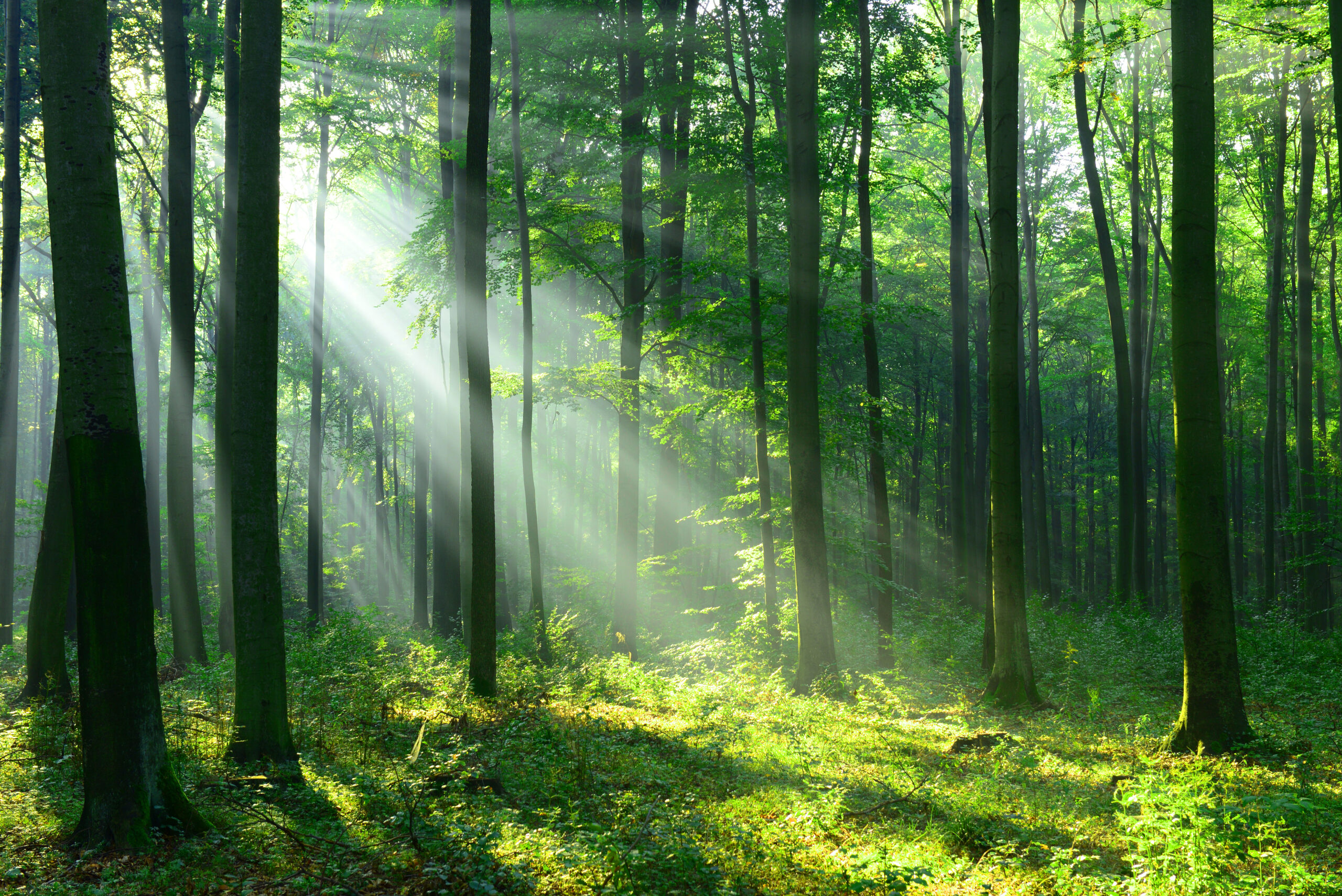 The following excerpt is from Hannah Lewis’s new book Mini-Forest Revolution (Chelsea Green Publishing, June 2022) and is reprinted with permission from the publisher.

Most of us know the term old-growth forest, which refers to natural forests that are still mostly free of human disturbance (though not necessarily free of human presence). These forests have reached maturity and beyond—a process that often takes centuries. As a result, they host incredible biodiversity and sustain a complex array of ecosystem functions.

The Miyawaki Method is unique in that it re-creates the conditions for a mature natural forest to arise within decades rather than centuries. At the heart of the method is the identification of a combination of native plant species best suited to the specific conditions at any given planting site. As we’ll see, determining this combination of special plants is not always so straightforward.

More than just the species selection, the Miyawaki Method depends on a small collection of core techniques to ensure the success of each planting. These include improving the site’s soil quality and planting the trees densely to mimic a mature natural forest. It’s also necessary to lightly maintain the site over the first three years—which can include weeding and watering. Amazingly, though, if the simple guidelines are followed, after that point a Miyawaki-style forest is self-sustaining.

The trees grow quickly (as much as 3 ft [1 m] per year), survive at very high rates (upward of 90 percent), and sequester carbon more readily than single-species plantations. The Miyawaki Method is also special for its emphasis on engaging entire communities in the process of dreaming up and planting a forest. Whether you are three years old or eighty-three, chances are you can place a knee-high seedling into a small hole in the ground. At the very least you can appreciate and cherish the return of quasi-wilderness to a space that was once vacant.

The Miyawaki Method calls for planting native species, but not just any natives. In particular, the method involves a careful investigation of what’s known as potential natural vegetation (PNV). This unusual term refers to the hypothetical ecological potential of a piece of land. Or another way to say it is that potential natural vegetation is “the kind of natural vegetation that could become established if human impacts were completely removed from a site” over an extended period of time.1 A site’s PNV depends on many factors, including current climate conditions, soil, and topography.

How is potential natural vegetation different from the plants we see growing around us in towns and cities? For starters, in almost all developed landscapes, many of the plants are not native to the area, and as such may require maintenance to survive or reproduce.

Given that most of Earth’s land surface is significantly altered by urbanization, agriculture, road construction, mining, and the like, it is far from obvious what the original vegetation of any given location would have been. (Original vegetation and potential natural vegetation are not necessarily exactly the same, but they are closely related.) Unraveling this mystery takes curiosity, patience, and persistence. However, thinking about land in terms of its potential natural vegetation is a powerful angle from which to approach ecosystem restoration, because it reveals which species and groups of species are best adapted to a particular environment and therefore more likely to thrive and to support a wider web of wildlife.

To arrive at the potential natural vegetation for a given site, it helps to understand the sequence in which plant communities develop.

If left alone, previously forested land can grow back into mature forest via a process known as ecological succession, wherein the biological components of the ecosystem change over time as larger and longer-lived plant communities colonize the land. As mentioned, this process can take centuries to unfold. A foundational aspect of the Miyawaki Method is that it sidesteps the slow and capricious march of natural succession, instead focusing on those plants that mark the theoretical endpoint of succession.

In nature, the successional process begins when lightweight seeds drift in and germinate on bare ground. Hardy, fast-growing plants—what scientists call pioneer species—such as clover, plantain, and dandelion take advantage of ample sunlight and space. They live short lives, produce a lot of seeds, and shelter the ground in the process. Next to show up are larger perennial herbs and grasses, followed by shrubs and pioneer trees, such as birch, poplar, or pine.

“Each new group of species arrives because the environmental conditions, especially the soil, have been improved; each new species becomes established because it is more shade tolerant than the previous species and can grow up under their existing foliage,” Miyawaki wrote.2 He explains that just when a community of plants appears to be reaching its fullest potential, the seeds of the succeeding community are already germinating in its shade. The species making up each new successional stage tend to be bigger, more shade-tolerant, and longer living than those of the previous stage.

Theoretically, this final community of plants, known as the climax community, is not easily superseded. Big trees that are considered climax species in their respective environments live for hundreds or thousands of years, forming canopies that shade the interior of the forest, keeping it cool and moist. Climax species shade out pioneer species and dominate the forest.

“In the absence of major environmental change, the climax is normally the strongest form of biological society and is stable in the sense that its dynamic changes are constrained within limits,” Miyawaki wrote.4 Partly on account of the microclimate they create, such ecosystems tend to be more resistant to external conditions, such as heat or drought.

What might climax vegetation look like? There are generally a few different climax communities in a given landscape. Cottonwoods and willows might grow in a river valley while pines and firs populate the nearby mountain flanks. In flatter regions with moderately moist soils, the potential natural vegetation is evergreen or deciduous hardwood species such as laurel, oak, maple, or beech. Miyawaki forests have typically been planted in conditions like this. Not all of Earth’s biomes, on the other hand, are dense forest. Places like natural grasslands, desert scrub, and sand dunes, for example, have their own ecological value and should generally not be replaced by forest—Miyawaki Method or otherwise—except perhaps along their riparian corridors.

Making a Mini-Forest: The Basics

Rejuvenating the soil is one of the basics of creating a mini-forest on a degraded site. In fact, it’s the critical first step—the goal is to simulate the living soil of a healthy, mature forest. This happens naturally during the stages of ecological succession, but because the Miyawaki Method skips immediately to the climax stage, some preparation is required to compensate. In the absence of a loose soil with plenty of organic matter, trees will struggle to grow properly. In a Miyawaki forest project, the soil is typically recharged by decompacting and amending the site with organic materials.

Planting density is another signature of the Miyawaki Method. Conventional wisdom says that plants compete for light, water, and soil nutrients; therefore, plants should have lots of space between them to reduce that competition. But it’s not how a Miyawaki forest works. For a Miyawaki forest, the standard planting density is three plants per square meter. This density helps achieve the goal of ecosystem regeneration. After all, in a natural forest, plants are not evenly and widely spaced. Dense planting stimulates mutualistic and competitive interactions among the plants and facilitates connections with soil microorganisms. It also promotes virtuous competition for sunlight, hastening upward growth.

Mulching is a critical component of the Miyawaki Method. After planting, the ground is covered with a thick mulch similar to fallen leaves on a forest floor. Indeed, once the young trees have had a chance to mature, they will contribute leaf mulch to the forest floor naturally. Mulch protects the bare soil from water loss by evaporation, from erosion, and from temperature extremes. Mulch also suppresses weed growth and eventually decomposes into the soil, enriching it.

As they become established over the first few years, the plantings typically need occasional watering and weeding, but after three years the young forest patches are developed enough to shade out weeds and shelter the soil. They are then generally self-sufficient and need no maintenance of any sort—no pruning, no watering, no fertilizing, no pest control—ever.

Hannah Lewis is the editor of Compendium of Scientific and Practical Findings Supporting Eco-Restoration to Address Global Warming, published by Biodiversity for a Livable Climate (BLC), a nonprofit environmental organization based in Cambridge, MA. She has worked in various roles related to building a sustainable food system, including as the Midwest regional director for the National Center for Appropriate Technology. She is the author of Mini-Forest Revolution (Chelsea Green Publishing, June 2022).