Owning the Sun: A People’s History of Monopoly Medicine from Aspirin to Covid-19 Vaccines | Alexander Zaitchik 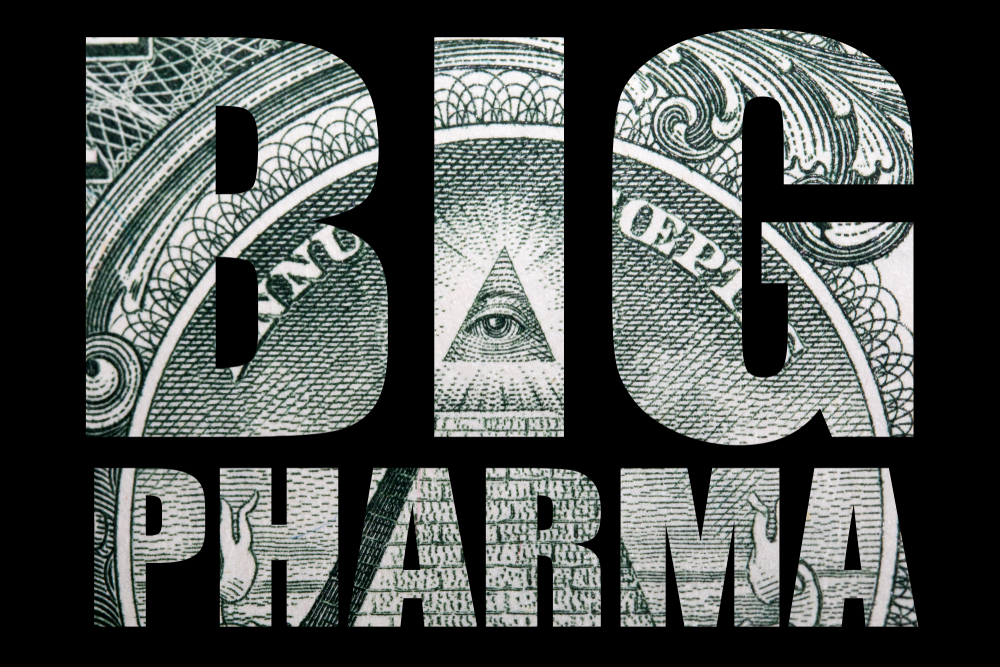 For centuries, human civilization developed through shared innovation that advances us forward. Through implementing the gifts of shared knowledge, humans have collectively uplifted the abundance of life we share in. Now, privatized commodification of knowledge and medicine threatens our collective existence. Before, knowledge grew and evolved, never depleting in store as it spread to other people. Today big pharmaceutical companies profit off of manufacturing scarcity and building monopolies on restricting access to life-saving medicines.

In his new book, Owning the Sun: A People’s History of Monopoly Medicine from Aspirin to Covid-19 Vaccines, New Orleans-based investigative journalist Alexander Zaitchik tells the story of Big Pharma by exploring the contentious fight over the legal right to control the production of life-saving pharmaceuticals. Detailing how generations of public health and science advocates have attempted to hold the line against Big Pharma and its allies in government, Alexander documents the rise of medical monopoly in the United States and its subsequent globalization.

Alexander Zaitchik is a freelance investigative journalist whose writing has appeared in The Nation, The New Republic, The Intercept, The Guardian, Rolling Stone, Foreign Policy, VICE, and The Baffler, among many other publications.

The following is an excerpt from Alexander Zaitchik’s book, “Owning The Sun: A People’s History of Monopoly Medicine from Aspirin to Covid-19 Vaccines” (Counterpoint Press, March 2022) and is reprinted with permission from the publisher.

In the beginning, there was alchemy, a fusion of metallurgy and magic. The alchemist probed nature in pursuit of the unnatural, of eternal life and the power to make silver from lead and turn copper into gold. The alchemic grail known as the philosopher’s stone was never found. But the foundations of modern chemistry and pharmacy were laid in those discoveries made in failure, and upon them grew an industry that over the last century finally achieved the elusive sorcery of turning base elements into precious gold.

Consider this. Between 2000 and 2018, the thirty-five largest drug companies reported cumulative gross profits of almost $9 trillion. During that same period, the value of the world’s total gold reserves crested at just over $7 trillion. The magic behind this feat has nothing to do with synthesizing common molecules into more valuable ones. The industry’s Merlins aren’t its scientists and technicians but its patent lawyers and lobbyists. The products these companies sell have value, but not so much as to surpass all the gold that’s ever been mined. The science, once released, can be copied, in most cases very easily. The kind of wealth amassed by the pharmaceutical industry can be created only by the political magic of monopoly. If the state ceases to grant, enforce, and extend exclusive rights to the production and sale of drugs and medicines, the power to spin private gold from public investment and human illness combusts and disappears, like the purified bone dust phosphorus of alchemy legend.

This is not a book about how to hasten the combustion of monopoly medicine, or about the many fine alternatives that could take its place to humanity’s benefit. It is the story of how monopoly medicine came to be, from the earliest debates over the morality and practical value of granting monopolies on life-saving inventions, to the globalization of this right by Washington on a basis of forced consent. It is the long prequel to our current age of crowdsourced online medical fundraisers; of hedge funds and Martin Shkreli getting a say in who lives and for how long; of the minting of biotech billionaires during a pandemic while vaccine factories sit idle; and of the lobbying, propaganda, and marketing machines that protect the system from the steaming volcano of a public that understands it to be fundamentally corrupt and unjust.

The drug companies spend heavily on telling and retelling their version of this story. That’s actually their in-house trade name for it—“the drug story.” According to the industry narrative, monopolies and the outsized profits they generate can alone incentivize and deliver innovation. The system is working just fine; any interference will cost humanity dearly. The following account is told from the perspective of the dissenters, critics, and antagonists who see this as a dishonest and dangerous fiction. These figures have shadowed and challenged the development of medical monopoly at every step, issuing democratic echoes of the English king Henry IV, who in 1404 decreed it a felony to “multiply gold or silver, or use the craft of multiplication” by alchemic means. The Act Against Multipliers wasn’t about shutting down pagan rituals or taking a stand against supernatural criminality—it was a preemptive strike against private wealth becoming private power strong enough to challenge the authority of the Crown. Centuries later, the same fear inspired spirited republican opposition to monopoly in the North American colonies. This hostility survived the founding and continues to make cyclical appearances of varying intensity. Since World War II, the pharmaceutical industry has provided a sitting target for the country’s deep if suppressed democratic instinct to favor broad public interests over narrow private ones.

Over the last seven decades, the industry has become a target so fat and unmissable that taking a swing at it unblindfolded almost feels unfair. But its grotesque girth is the very thing that has allowed it to become so devilishly elusive. As Henry IV, Thomas Jefferson, and Louis Brandeis understood, if you allow the unnatural multiplication of private wealth, eventually its power will slip all social constraints. You will wake up one day to find Merlin wearing the crown.

Franklin Delano Roosevelt’s famous speech to the 1936 Democratic convention was a warning against this scenario coming to pass. Though Roosevelt declared war against unnamed “economic royalists,” the New Dealers understood the real targets to be the invisible sources of their awesome power—the weak regulations, bad laws, and corrupted statutes that enabled monopolies to dominate the economy and threaten the country’s experiment in self-government. Patents were a major concern of the late New Deal, but not drug patents specifically, not quite yet. In the 1930s, the pharmaceutical industry was in the final throes of a painful molting process. It was shedding the last vestiges of its own anti-monopoly tradition and assuming the mindset and characteristics of those “new economic dynasties, thirsting for power” fingered in Roosevelt’s speech. Anyone listening to that speech from the worlds of academic research, drug manufacture, corner druggery, or organized medicine must have heard echoes of the sulfurous anti-monopoly sermons that had filled the broad canopy of American medicine for as long as anybody could remember.

The drug industry had mostly severed its connection to this tradition by the end of World War II, when the U.S. government began to nest the biggest bounty of scientific research the world had ever seen. The contest between public and private interests vying for guardianship of this science runs throughout the following pages. That storyline is charged by the inherent tension created by granting medical knowledge, or any knowledge, the same property status as a clarinet or a tractor. We’ve become dulled to the strangeness of it, but the concept of “intellectual property” remains profoundly counterintuitive, if not paradoxical. If you possess a milking cow, and your neighbor steals that cow, you have lost your cow. Consult any culture— East or West, ancient or modern—and some form of revenge or legal remedy would be prescribed. If, however, you discovered a process for making cow’s milk healthier or safer to drink, and your neighbor imitated the method to make his cow’s milk healthier or safer, the balance of opinion would swing against the judgment that a “theft,” or any other punishable crime, had occurred. This is because your neighbor’s possession of your idea does not reduce your store of it. In fact, the opposite is true: scientific knowledge, especially related to food and medicine, is a public good whose benefits— say, maximizing vaccine production at the lowest cost during a pandemic— increase the more broadly the knowledge is diffused. Economists call such goods “non-rivalrous.” In Thomas Jefferson’s formulation, “He who receives an idea from me, receives instruction himself without lessening mine; as he who lights his taper at mine, receives light without darkening me.”

It is often observed that our current social and economic system imbues oppressive feelings of inevitability and permanence. A shrinking historical horizon doesn’t help. If you believe something has always been some way, it is difficult to imagine changing it. This is apparent in the current debate over the waiving of intellectual property rules enforced by the World Trade Organization. Speak to someone born in 1980 and there is a good chance they think the WTO has always been there, a Taj Mahal of global trade. But they and everyone else born in 1980 were alive at a time when U.S. drug monopolies were not only widely condemned but also ignored, and the intellectual property regime imposed through the WTO was considered the twisted fantasy of a few Pfizer executives. If you were born in 1975, you inhabited a world where Switzerland, a pharmaceutical powerhouse, still did not issue drug patents. That changed in 1977. In Italy and Sweden, in 1978. In Spain, not until 1992.

Long before medicines entered the monopoly debate, many countries were hesitant to accept the general Anglo-American concept of “owning ideas.” A debate over the legitimacy and value of monopolies as awards for invention was a tempest across Europe throughout the nineteenth century and into the twentieth. The Netherlands proudly maintained what it called a “free trade in inventions” until 1912. During this long argument, the fiercest denunciations of intellectual property were found not in left-wing journals but in the pages of The Economist, whose editors advocated for the abolishment of the English patent system. The magazine asserted in 1850 that for inventors to “establish a right of property in their inventions,” they first would have “to give up all the knowledge and assistance they have derived from the knowledge and inventions of others . . . That is impossible, and the impossibility shows that their minds and their inventions are, in fact, parts of the great mental whole of society, and that they have no right of property in their inventions.”

The free traders and liberals lost the argument, and in the early twentieth century, patent monopolies were normalized across the industrialized world as a reward for every kind of invention and discovery. With one major exception.