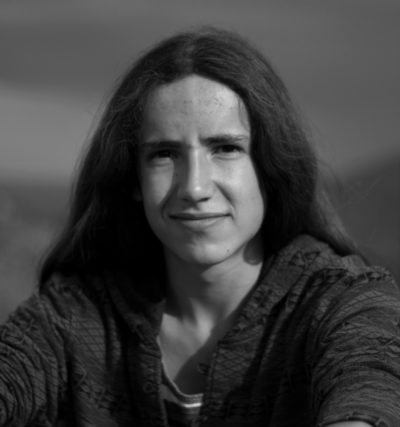 Bioneers has long been committed to empowering, cultivating and supporting youth leadership and youth voices. Xiuhtezcatl Martinez’s work at Earth Guardians is giving voice to the current generation and generations to come who are committed to protecting our planet. We are honored that one of Earth’s preeminent and most inspiring youth leaders and defenders is joining our board.

Xiuhtezcatl Martinez is a 16-year old indigenous climate activist and hip-hop artist, and a powerful voice on the front lines of a global youth-led environmental movement. At the early age of six, Xiuhtezcatl began speaking about the need for action on climate change. Since then he has spoken around the world, from the Rio+20 United Nations Summit in Rio de Janeiro to addressing the General Assembly at the United Nations New York. He is the Youth Director of Earth Guardians, an organization of over 2,000 young activists, artists and musicians from across the globe who are stepping up as leaders and working together to create positive concrete action in their communities to address climate change. His work has been featured on PBS, Showtime, National Geographic, Rolling Stone, Upworthy, The Guardian, Vogue, CNN, MSNBC, HBO and many more outlets.

Xiuhtezcatl is also a plaintiff in the ground-breaking lawsuit against the federal government for its failure to protect against the dangers of climate change. “Our Children’s Trust” includes 21 youth, aged 9-20, along with renowned climate scientist Dr. James E. Hansen; their case asserts that the federal government has violated the youngest generation’s constitutional rights to life, liberty, and property, and has failed to protect essential public trust resources.