Plant Teachers: Ayahuasca, Tobacco and the Pursuit of Knowledge 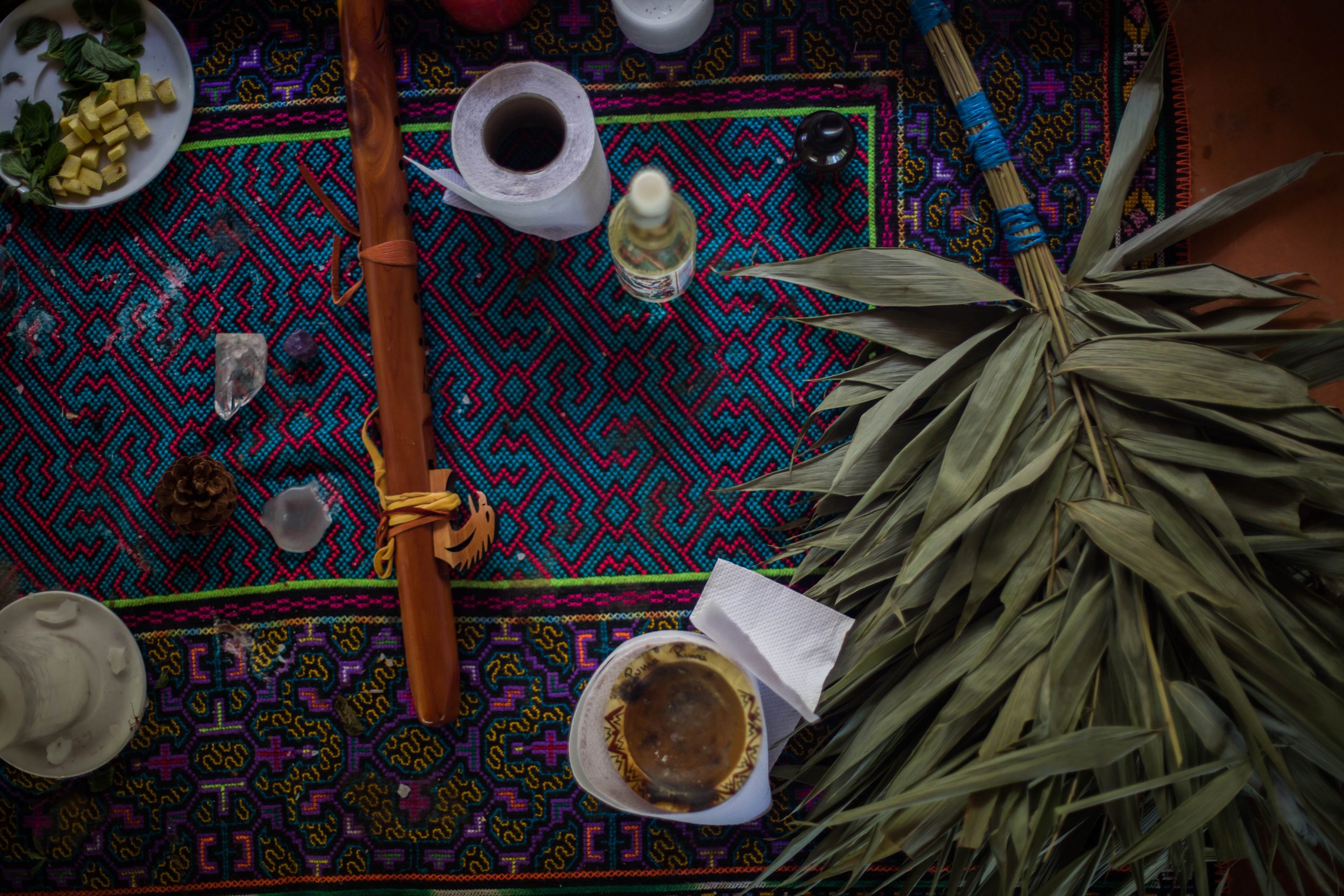 “Once again the brilliant advocate of ‘bi-cognitive’ consciousness, with his usual crystalline clarity and scalpel-sharp precision, Jeremy Narby continues his unique lifelong exploration of how the tension between scientific and shamanic paths to knowledge can trigger penetrating new insights. In dialogue with his deeply informed, profoundly sophisticated interlocutor, Shawi healer Rafael Chanchari Pizuri, Jeremy dives into rarely discussed aspects of traditional Amazonian plant usage and the most updated scientific research on the topic, offering a much-needed corrective in a field recently deluged with far too many half-baked, overly romanticized takes on shamanism.”—J. P. Harpignies, Bioneers Senior Producer

For Indigenous societies across the globe, plants that are considered poisonous, harmful, and even criminal serve as medicines and sources of deep contemplative wisdom. Although Western medicine treats tobacco as a harmful addictive drug, tobacco bridges the physical and spiritual realms. Along with ayahuasca, tobacco forms a part of treatments designed to heal the body, stimulate the mind, and inspire the soul with visions.

In their new book Plant Teachers: Ayahuasca, Tobacco, and the Pursuit of Knowledge (2021), trailblazing anthropologist, Jeremy Narby, and an Indigenous Amazonian healer, Rafael Chanchari Pizuri, explore the convergence of science and shamanism.

…Amazonian people tend to view tobacco as a medicine. The anthropological literature abounds with statements to this effect. For the Huni Kuin people in Brazil, tobacco is “the quintessential healing substance.” For the Matsigenka people in Peru, “tobacco is a medicine in the fullest sense.” More generally speaking, tobacco “is the shamanic plant par excellence in South America … without which no shamanic activity can take place.” Blowing tobacco smoke on a patient or applying tobacco juice to the part of the body that appears to be suffering is “the most common healing practice … in the whole Amazonian region.”

However, it is important to note that Amazonian people tend not to make a radical distinction between “medicine” and “poison.” Some Amazonian languages use the same word to refer to both concepts. From their perspective, tobacco fits the bill as both a toxic plant and a medicinal one; as Rafael Chanchari says, tobacco has two souls, one for medicine, the other for malice.

This aligns with the ambiguity of the first known uses of the term pharmakon, from which we get the words pharmacy, pharmaceutics, and pharmacology. In ancient Greek, pharmakon can refer to a remedy or a poison. Paracelsus famously made this point by distinguishing poison and cure by dose…

That’s how it is with plant teachers. They are powerful, dangerous entities. One can establish alliances with them, and work with them prudently and respectfully, but one never masters them. At best, one can avoid being mastered by them….

This short book lays out two ways of considering psychoactive plants. Integrating these two approaches into a coherent and holistic understanding is a complex undertaking. I do not wish to tell readers how to proceed on this count because it is important to allow people to reach their own conclusions according to their views of the world. But I can give a testimony about how I deal with the question on a personal basis.

…I was educated in rationalism and materialism. To this day, if I want to understand something — a virus, a plant, a vaccine — I look into what science says about it. I want to know about the molecules I take into my body, and if possible, what they do once they’re inside.

And because I take molecules seriously, I know that there are many things science does not understand. Scientists may have determined that nicotine plays an important part in tobacco’s activity, but they have no clear idea about what goes on in the body, brain, and mind of a tobacco shaman who is “turning into a jaguar.”

Having had the privilege of spending time with Amazonian people, I know they have deep knowledge about plants, bodies, and minds that they express in personalized terms, rather than in molecular ones. Time and again I have found that taking their views seriously leads to verifiable and useful knowledge. Now I consider indigenous Amazonian knowledge as a coherent way of knowing that can be used in parallel to science.

I compare using these two systems of knowledge to speaking two languages. As a bilingual person, I know that English allows one to say things that French does not, and vice versa…So thinking the world in English or in French is not the same, even for someone fluent in both languages. Of course, translation from one to the other is always possible. But exact word-for-word translations tend to sound strange, and translators face the dilemma of making less-faithful choices to convey the rhythm or emotion of the original — meaning that translation can border on betrayal. And some things simply do not translate at all. None of this means that one language is better than the other, just that speaking both well, and going back and forth between the two, takes constant practice…

The same is true when it comes to combining science and indigenous knowledge. Since 1990 or so, the scientific view of plants has moved away from a strictly materialist and mindless perspective, and scientists now recognize that plants perceive, communicate, decide, learn, and remember. They may not be ready to personify plants just yet, but they have moved closer to the indigenous view of plants as intelligent entities. So do plants have personalities? For instance, does tobacco really have a “mother”? Many years ago, I had great difficulty taking the notion of “the mother of tobacco” seriously. But I no longer see a problem in considering that the plant has something like a powerful personality. In my experience, consuming tobacco was like meeting a fiery person. As a young anthropologist, I found that a single dose of strong tobacco impacted my personality: it made me feel warm, powerful, predatory, and wise — and in such a deep way that I can summon those feelings decades later and tap into them. I do not ask anybody to believe that tobacco really has a personality. Nor am I sure that I believe it really does either. In fact, I am not that interested in belief. But I do think that considering tobacco as if it has a personality is interesting, and probably not that far off the mark.