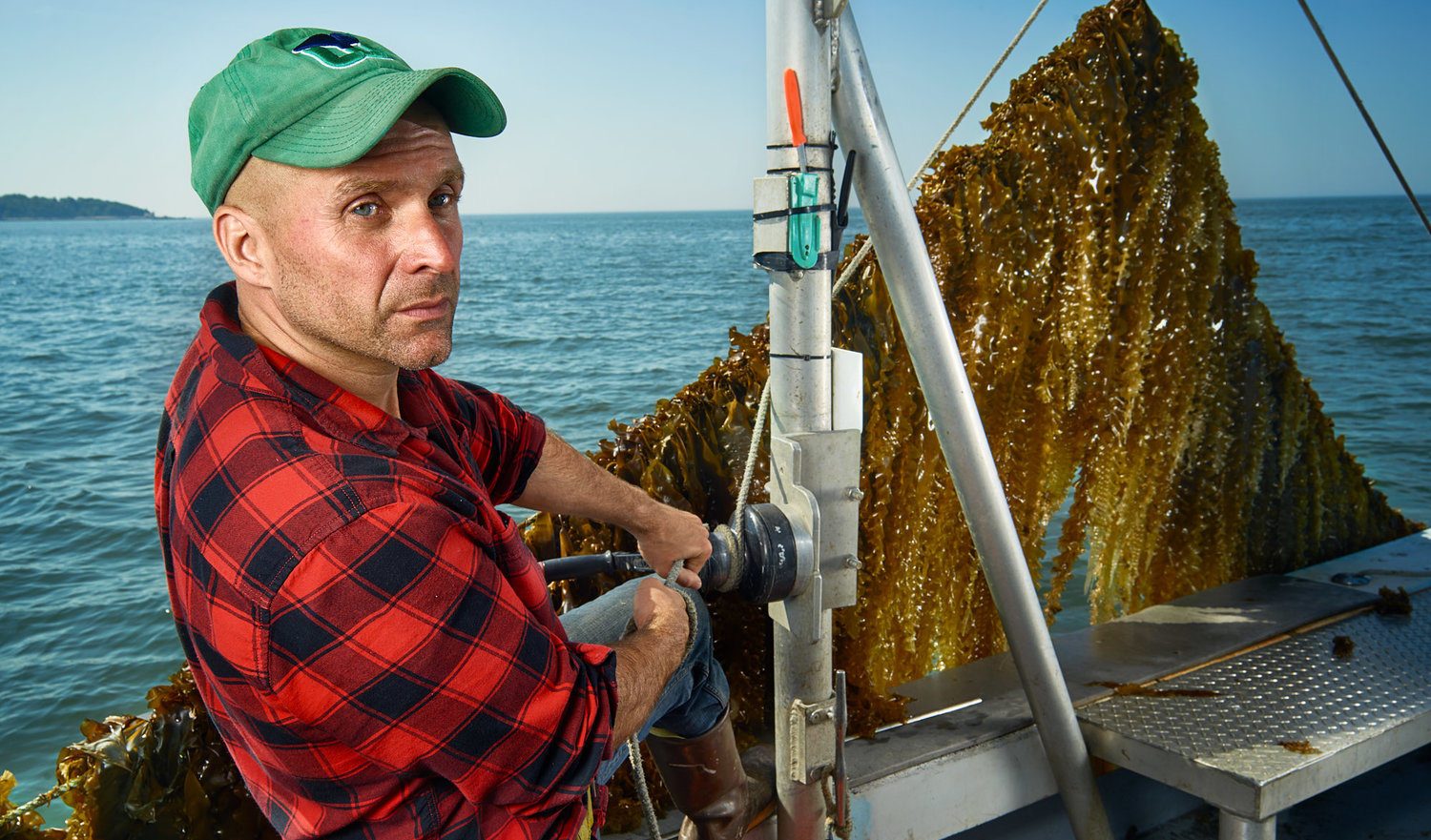 Every now and then, a speaker at the Bioneers Conference uncorks a breakthrough model so electrifying, so wildly visionary and utterly practical that you know instantly this has got to happen on a large scale. In 1997, Joel Salatin was one of those magic moments, and when we referred Joel’s work to Michael Pollan, Joel became the protagonist of Michael’s best-selling masterpiece “The Ominivore’s Dilemma” as the farmer who “proves organic farming can feed the world.”

We got that soaring feeling again when Bren Smith brought his 3-D Ocean Farming road show to Bioneers 2016 (with thanks to our friends at the Buckminster Fuller Institute). So we reached out to Bren and his team, and, long story short, Bioneers is deeply honored to partner with GreenWave to drop anchor on the California coast to bring this authentically world-changing model to the world’s sixth largest economy.

The 3-D Ocean Farming model exemplifies the Permaculture principle of “nesting.” Each piece reinforces the whole to create something radically greater than the sum of the parts. This model produces big amounts of high-quality food in minimal space by going vertical, with no visual footprint except a few buoys. It sequesters large amounts of carbon. It has the potential both to relieve today’s impossible pressures on terrestrial farming, and to provide immense amounts of kelp as fertilizer and compost, until now a major barrier to scaling organic farming. The cost of entry for an ocean farmer is small, about $20,000 for start-up gear for a 10-acre farm, facilitating an economic democracy model that will bring back tens or hundreds of thousands of fishing livelihoods (millions globally). And it’s actually really good for the ocean, restoring diversity and fertility.

And by the way, oysters, clams, mussels, kelp and a new cuisine of delicious seaweeds land on local plates from local farmers prepared by local chefs while building a local entrepreneurial, non-corporate economy. Dang! Too good not to be true, right?

Bren’s time on the ground at Bioneers swamped GreenWave with great connections, funding opportunities and project leads. Since then, things have only continued to blossom as the model keeps spreading around the East Coast and elsewhere, and Bren has gained increasing exposure in the mainstream media.

Bioneers and GreenWave are collaborating on several fronts with the intention of steadily growing a restorative ocean farming economy on the West Coast. Bioneers helped find the resources to enable GreenWave to hire its West Coast program manager. Meanwhile, GreenWave is supporting several pilot farms in California. The learning from these farms will be foundational to subsequent approval by the famously rigorous California Coastal Commission in order to scale the projects up. In collaboration with the new West Coast staffer and the GreenWave team back east, Bioneers will be extensively documenting and publicly reporting on the progress, with the intention of highlighting the end of the extractive economy and supporting an alternative restorative economic model that, in turn, supports vibrant communities.

If all goes well and the Coastal Commission approves the practices, we’ll be working to set up a Spawn Fund to sponsor farmers to get in the game, with strong priority on low-income farmers and communities of color.

Stay tuned for ongoing dispatches from the vertical deep and listen to a rocking new episode with Bren from the award-winning Bioneers radio series: “3-D Ocean Farming: Making a Living on a Living Planet.”