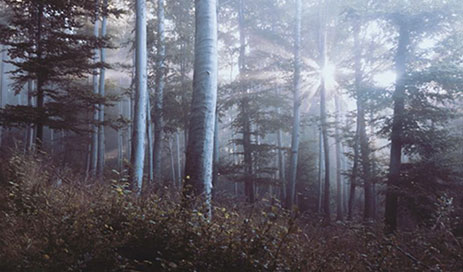 It is clear that American or Western courts lack a place intellectually or spiritually to comprehend the sacred relationship between the original peoples of this hemisphere and the waters, the sacred sites, and the lands.” –Chase Iron Eyes, Standing Rock Sioux Tribe

As Paul Hawken once said at Bioneers, “The more corporations are in control, the more the world goes out of control.” That is the dilemma we all face. As to how to address that crisis, there are many paths. Bioneers believes Rights of Nature legal frameworks could hold important keys to shifting the system and transforming the law from treating nature as property to a rights-bearing entity on whose behalf people have legal standing as trustees.

Through a generous grant, Bioneers is partnering with the Center for Democratic and Environmental Rights (CDER) to offer Rights of Nature workshops and trainings to Indigenous communities in the US over the next two years. Part of Bioneers’ role is to help support intertribal trainings and to explore with our Native allies these alternative legal strategies to “occupy the law.”

This paradigm-changing work can shift mainstream perceptions of nature from a thing to be exploited to a living, evolving entity to be protected for the benefit of generations to come and of all life. It also has the potential to protect threatened lands from immediate, specific threats.

In many ways, Rights of Nature frameworks marry a fundamentally Indigenous worldview with a Western legal structure, and interest in Indian Country is rising. Inspired by Wisconsin’s Ho-Chunk Nation, the first US tribe to advance an amendment to its tribal constitution to include Rights of Nature with assistance from CDER, Native American tribes are in a unique position to advance the Rights of Nature, with our deep knowledge of natural systems combined with sovereign legal status.

On June 1, 2017, in partnership with the Colorado Plateau of Intertribal Conversations (CPIC) group, Bioneers participated in the first workshop: Recognizing the Rights of Nature in tribal law. We came together to explore new ways in which we might advance the Rights of Nature in Tribal Law within the Colorado Plateau, the ancient sacred Four Corners region including the Grand Canyon, Monument Valley, Chaco Canyon and countless sacred sites and living Indigenous cultures . We gathered in Flagstaff, Arizona at the headquarters of CPIC, a dynamic group that’s an intertribal consortium of elders, culture bearers and lawmakers working to protect the Colorado Plateau and its First Peoples. The CPIC network includes Navajo, Hopi, Ute Mountain, Apache and Havsupai, as well as several New Mexico Pueblos. (Bioneers collaborated with CPIC in November 2016 to help produce their bi-annual Intertribal Conversations gathering near Santa Fe, NM.)

Through deep dialogue, we discussed legal and cultural backgrounds, current law, case studies, enforcement and strategies to advance Indigenous tribal community rights using Rights of Nature frameworks. The discussion unearthed the rising issue that in the 1930s the Bureau of Indian Affairs and Secretary of the Interior imposed a haphazard, generic set of Western constitutions and laws on most Native American tribes that were primarily designed as colonial instruments to extract resources and create ruling elites to enforce those agendas. These legal documents fundamentally contradict Indigenous values and practices of interdependence, kinship, reciprocity and responsibilities to the land and each other.

Naturally, there are also dangers and downsides to pursuing Rights of Nature laws. It can be divisive within communities and governments. Communities that choose to engage face risks of fierce legal backlash from corporations and governments. But if it’s done well and in unity, an intertribal effort could become part of a larger strategy to engage hundreds of communities into a network in a long-term struggle over land use, community economic green development and self-determination.

Current reality is that for centuries our tribal communities have been experiencing severe threats every day from a corporate system of law and exploitation of land and people. So it’s a genuine predicament. At Bioneers, we believe in a “both-and” philosophy. There are many diverse solutions and approaches to challenge corporate “rights” to exploit our lands.

We have immense confidence in these Indigenous communities and in their leadership, which generally includes the elders, to make clear-eyed assessments of whether this direction fits for them, and/or how they want to work with it.

Rights of Nature is a growing movement from every culture, background and walk of life, as our colleagues at CDER have proven through their work with communities around the world Ecuador and Bolivia adopted Rights of Nature provisions into their constitutions. In the US, more than three-dozen communities have now enacted Rights of Nature laws, with communities now joining together in several states to drive such rights into state constitutional amendments. To learn more about this groundbreaking movement, check out the 2016 Bioneers keynote speech, “Occupy the Law.”