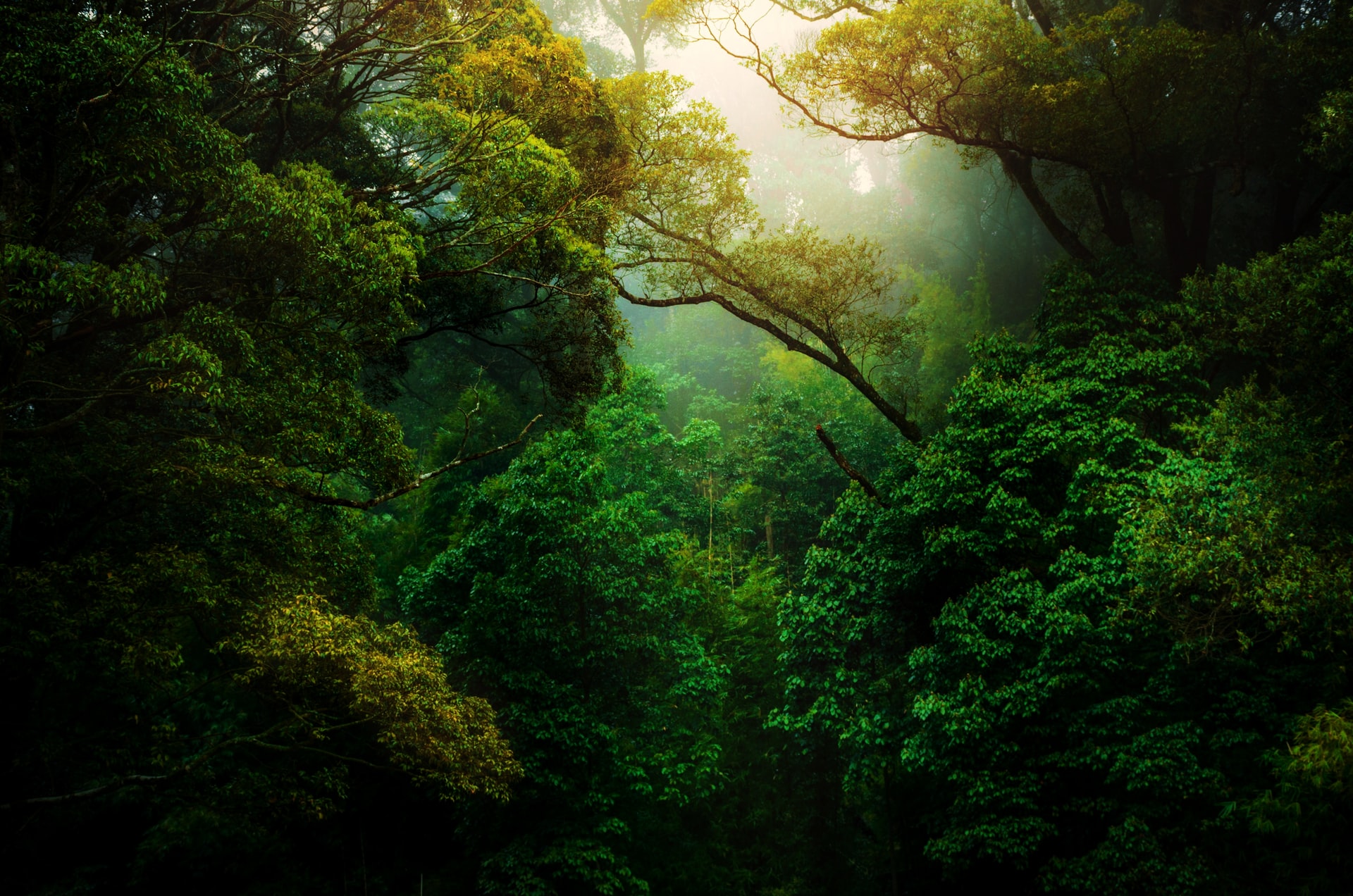 This article was originally published in One Earth by Justin Winters, Co-Founder & Executive Director of One Earth.

What does a healthy ecosystem look like? What does it sound like? Does a vision come to mind of a lush jungle, teeming with vibrant flowers, chirping birds, and howling monkeys? Or perhaps, brilliant corals against ocean waters filled with schools of fish and the sound of whales calling in the distance? We often think of nature as very remote and separate from people, but in reality, some of the ecosystems that are the richest in biodiversity are also the richest in cultural diversity.

Take the Amazon region; to a visitor this immense rainforest may seem wild and untamed, but over 400 unique Indigenous peoples live here. Each group has their own language, dialect, style of dress, art, and music. For over 8,000 years they have tended and actively encouraged the diversity of plants and animals of the Amazon, and they have cultivated hybrid plants that are used for both medicine and food. There are 16,000 different tree species in the Amazon, and over 40,000 plant species. As many as three out of every ten species on Earth are found here. It has taken scientists hundreds of years to document the incredible richness of this bioregion, and still every year more species are discovered.

It is the cultural and biological diversity of the Amazon region that has created one of the most powerful engines in the fight against climate change. According to the Global Safety Net, a peer-reviewed paper that documents the full spatial extent of the world’s natural lands, 85% of the Amazon is of vital importance for biodiversity and our global climate system, locking away an estimated 150 billion tonnes of carbon. The rainforest here also creates its own weather, recycling water 5 to 7 timesbefore it completes a single hydrological cycle. This system has kept the region from turning into a savanna landscape and made it exceedingly rich in beta diversity (or complexity), which is why it is able to absorb 10-15% of our carbon dioxide emissions every year. Without the Amazon, our global climate system would collapse.

It’s important to point out that as much as 50% of the Amazon’s remaining intact forests are on Indigenous lands, and it is precisely these areas that harbor more biodiversity and store more carbon than any other. Historically, the guardians of the Earth’s most biodiverse lands have been Indigenous communities. These cultures understand that humans are a part of the ecosystems in which they live, not separate from them. Tending to their lands and waters for millennia, Indigenous peoples have passed down traditional wisdom and land management practices from generation to generation. It is their way of life that helps to make these places so vital for the preservation of all life on our planet.

In 2014, I was fortunate enough to visit the western Amazon region and meet several of the Indigenous leaders and communities that are now part of the Ceibo Alliance in Ecuador. Witnessing how oil extraction efforts lead by the world’s wealthiest corporations had destroyed Indigenous peoples’ lands, made their water toxic, and sickened and killed multiple generations was both eye opening and deeply disturbing. People simply cannot fight for their rights or defend their lands when they lack access to basic necessities like clean water, and when they are suffering from poor health due to decades of deep injustice and human rights abuses.

Following that journey, the foundation I was leading at that time made a seed grant to Amazon Frontlines and the Ceibo Alliance to support Indigenous-led efforts to install clean rainwater catchment systems providing hundreds of families with clean water. From there, and with sustained grant support, their efforts scaled to include territorial mapping and monitoring, partnership and coordination with other Indigenous groups across the region, and groundbreaking legal efforts that ultimately led to formal protection of 700,000 acres of rainforest in 2019. Just last year, Waorani leader and Ceibo Alliance co-founder Nemonte Nenquimo, was recognized by Time 100 and the Goldman Prize for this remarkable work. Supporting emerging models of Indigenous-led conservation like those led by Nemonte, is not only the morally right thing to do, but it is a central solution to both protecting biodiversity and solving climate change.

It is more important than ever to respect and support the diverse cultures which have helped to preserve these priceless ecosystems. The complex web of life in places like the Amazon have helped to regulate our global climate system for tens of thousands of years, enabling humanity to evolve. But right now, the web is unraveling, with many Indigenous peoples facing growing pressures from extractive industries like mining, drilling, logging, and industrial agriculture. Tragically, due in part to the COVID-19 pandemic, deforestation in the Amazon spiked in 2020.

While the Amazon rainforest is the largest on Earth, there are vitally important forests and other natural ecosystems on every continent that harbor both cultural and biological diversity and are essential if we are to have a chance of limiting temperature rise to 1.5°C and rebalancing our global climate system. There are over 5,000 Indigenous and tribal groups around the world, occupying 35-40% of the world’s remaining natural land — from the Sámi in northern Europe and the Tlingit in Alaska, to the Maya in Central America and the native peoples of the Colorado Plateau; from the Zulu, Masaai, and Himba of Africa to the Bayad, Durvud, and Khalka of Mongolia; from the hundreds of unique ethnic groups in Indonesia to the aboriginal peoples of Australia, Polynesia, Melanesia, Micronesia, and Papua. These cultures hold the most ancient lineages on Earth, as well as the largest stores of biodiversity and carbon.

Every day more and more governments are waking up to the vitally important role that Indigenous peoples play. Just recently after 20 years of negotiation, the government of Peru announced it will establish a landmark Indigenous reserve for uncontacted peoples. We need more success stories like this one. A new UN Report has highlighted the powerful role that Indigenous peoples play in securing the ecosystem services that make life on Earth possible for all of humanity:

“These peoples are rich when it comes to culture, knowledge, and natural resources, but some of the poorest when it comes to incomes and access to services, and among the most affected by the pandemic, healthwise and economically. Supporting them to protect and manage their forests could help to create or recover hundreds of thousands of jobs in forestry, agroforestry, tourism, education, and cultural activities, and to avoid new pandemics, as well as providing other social, environmental, and cultural benefits.” — Forest Governance by Indigenous and Tribal Peoples, FAO

The report puts forward a clear agenda for action, all within a framework of respect for Indigenous and territorial peoples’ right to Free, Prior and Informed Consent:

Working with the global human rights organization Avaaz, One Earth helped to launch a petition with over 150 Indigenous and environmental organizations calling for a “Global Deal for Nature” — setting a global target of protecting the world’s remaining natural lands and prioritizing and Indigenous-led conservation agenda under the UN’s Convention on Biological Diversity. In order to create the rapid and radical transformation needed to preserve our shared planet, we must ensure that every culture has a seat at the table. Representation is key. The solution to tackle the climate crisis is, at its core, intersectional. By protecting cultural diversity, we protect biodiversity. The only way to thrive is together.