The Indigenous Art of Following Wisdom from the Heart 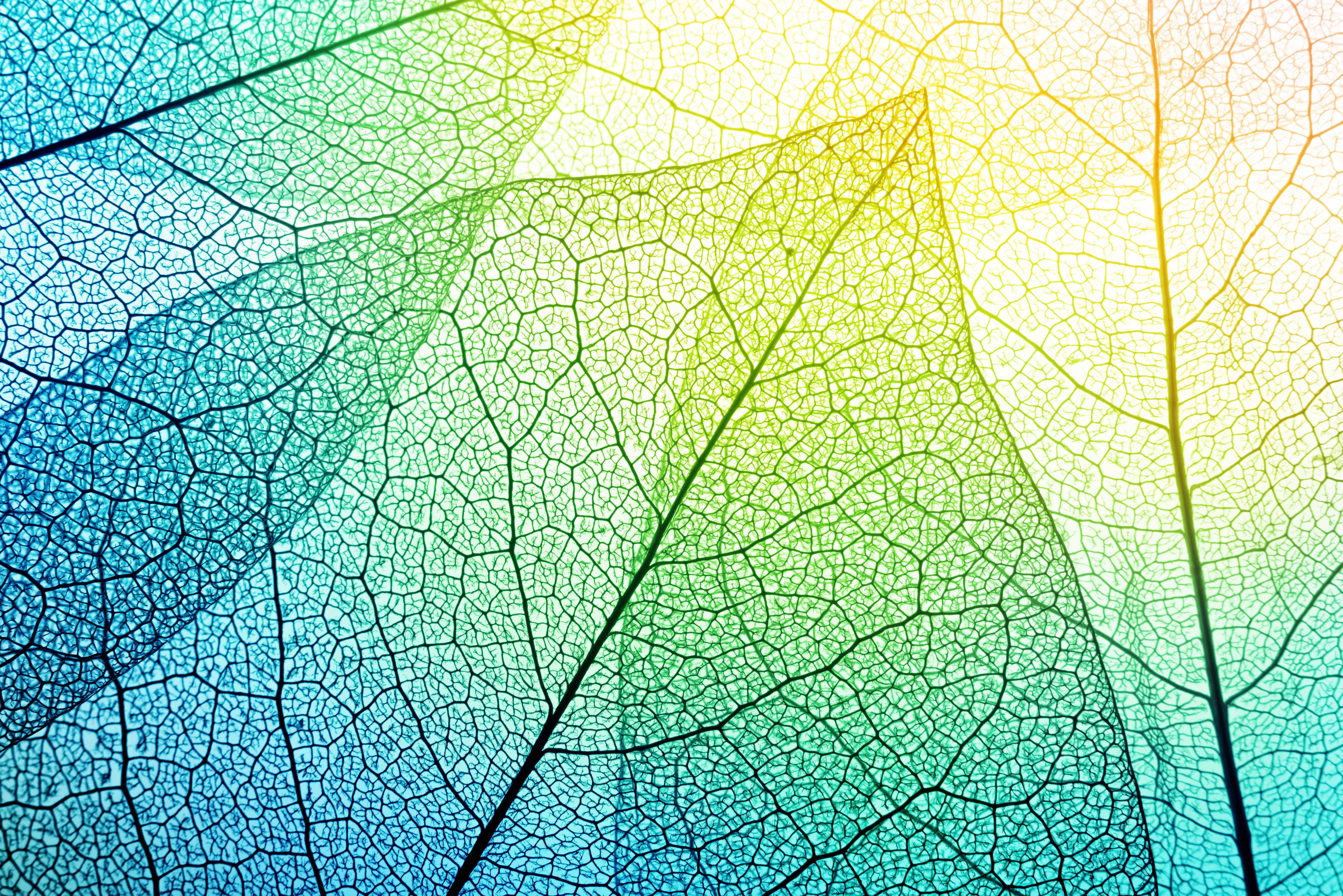 Ilarion (Larry) Merculieff was one of the last Unangan people of St. Paul Island, Alaska, to experience a fully traditional childhood. Now he uses that wisdom to serve Indigenous communities as an author and accomplished native activist. Among many other positions, he is most notably the current president of the Global Center for Indigenous Leadership and Lifeways (GCILL), and co-founder of the Indigenous Peoples’ Council for Marine Mammals, the Alaska Forum on the Environment, and the Alaska Oceans Network.

In this essay from his book, Perspective on Indigenous Issues (GCILL, 2018, written with Galena Vladi, Libby Roderick, Sumner Macleish and Sharon (Shay) Sloan), Merculieff offers Elder wisdom as a guide to solving modern challenges. He describes how reversals of traditional knowledge in Western society, like prioritizing science over spirituality and mind over heart, can cause isolation from the wider world of which we are a part. But by reflecting on our connectedness to self, life and all creation, Merculieff shows how getting out of our heads and centering ourselves can help us focus on making dreams of peace a reality.

I had a fully traditional Unangan (Aleut) upbringing, as the entire village raised me. I had to spend equal time with the men, the women, the Elders, and my peers. For thirty years I worked 17 hours a day, six days a week. I have never experienced ‘burnout’ as it is called in Western society. What kept me centered and “in the flow” came from what my people gave me.

The Unangan people are taught to live according to laws that have guided their thoughts and behavior for millennia. Examples of these laws include reciprocity with all living things, humility, respect for all life, honoring Elder wisdom, giving without expectation of a return to self, thinking of others first, and more. Such spiritual principles for living did not come from logic or thought but from a much deeper source of wisdom, which our Unangan culture referred to as the ‘heart.’ When Unangan Elders speak of the ‘heart’, they do not mean mere feelings, even positive and compassionate ones, but of a deeper portal of profound interconnectedness and awareness that exists between humans and all living things. Centering oneself there results in humble, wise, connected ways of being and acting in the world. To access it, you must ‘drop out’ of the relentless thinking that typically occupies the Western mind. Indigenous peoples have cultivated access to this heart source as part of a deep experience and awareness of the profound interdependence between the natural and human worlds.

If heeded, this portal provides the inner information that keep us in “right relationship” with all of life, thus ensuring our long-term survival and wellbeing, individually and collectively. When guidance or information comes from the heart, it can be relied upon and has impeccable integrity, whereas our fallible thought processes regularly deceive us.

Listening to the heart gives us access to an even deeper source of wisdom, “the Womb at the Center of the Universe.” A true story that took place on my home of St. Paul Island in the Bering Sea off the western coast of Alaska helps illustrate this point. When I was sixteen, I lamented the loss of the traditional mask-making artistry at the center of thousands of years of Unangan ceremony. I sought out Aggey, an 88-year-old Elder, whose grandfather had been the community’s last shaman. I shared my sadness at the loss of the masks. Speaking in Unangan Tunuu (Aleut language), Aggey told me that the knowledge had never been lost. To rediscover it, I should go to the seashore, pick up a stick and rock from along the shoreline, and beat them in concert with the rhythm of the ocean, wind, and grasses, and the sounds of the fur seals. “Get out of the head and center yourself,” Aggey said, “then set your intention and wait.”

I had known how to get “out of my head” since I was six years old. As one of the last Unangan to experience a true traditional upbringing, I could walk the three miles from the village out to the bird cliffs even as a very young child. There, I could be amid the tens of thousands of migratory seabirds that came to the island to breed: thick-billed and common murres, red and black-legged kittiwakes, tufted and horned puffins, least auklets, crested auklets, pelagic cormorants, red-faced cormorants, fulmars, and seagulls. I noticed how thousands of birds darted diagonally, up and down, left to right, and right to left, flying at different speeds and in different directions simultaneously without ever even clipping another’s wing. In my six-year-old mind, I decided that the only difference between those birds and myself was that they existed in a vast field of awareness rather than an intellectual thought process, although I did not use such words at the time. I wanted to be like a bird, so, after months of effort, I developed the capacity to maintain this state of “awareness without thinking” for several hours at a time. That was when the magic happened: I could sense many things I’d never experienced before, and my world expanded enormously.

I applied what I’d learned from the birds to what the Elder told me. Sitting on the beach, I centered myself. Without thought, I went into my heart, set my intention and waited, trusting that the answers would come. Setting intention without thought means to set the intention at the cellular level of the body. After several hours, a small black dot appeared in my mind’s eye. The dot increased until, suddenly, over a hundred ceremonial masks poured out of the black dot of my mind’s eye and into my awareness. Mask after mask appeared, each with a completely unique design I’d never seen before. Afterwards, I wondered if I had imagined the entire thing. I shared this experience with Elder Aggey. The Elder’s response was, “exumnakoxt laakaiyah,” Unangan for “good boy.” “You touched the womb at the center of the universe,” Aggey told me. “That is where we get our teachings from.” From then on, I understood how Unangan people received their spiritual instructions for living, principles that had helped them sustain their communities for thousands of years. The “Womb at the Center of the Universe” was and is a source of creativity and creation for all people.

Humans are trying to deal with these issues with the mind alone and not the heart. The heart tells us to focus on making our dreams of peace and harmony a reality; the mind keeps us focused on the problems. Indigenous Elders ask the question: “What are you choosing to focus on? Are you choosing to focus on that which you are trying to move away from or that which you are trying to move towards?” Because, they say, what we choose to focus on becomes our primary reality. If we choose to become emotionally attached to that which we are trying to move away from – for example, if we become attached on an emotional and intellectual level to “winning the fight” against pollution and climate change – we may unintentionally perpetuate the violence we are committed to transforming. From the standpoint of the Elders, violence involves any actions, thoughts, feelings, or words that consciously or unconsciously sets one person against another, regardless of how well intentioned we are. According to Indigenous Elders, if we feel, think, or act without compassion, understanding, empathy, and love, we contribute to that which we are trying to move away from. There may be short term gains, but no real long-term solutions. Instead, we must take the same bold actions to protect that which we depend upon and love, but do so from a place of positive vision, intention and compassion. The Indigenous Elders say that nothing is created outside of ourselves until it is created inside ourselves first.

The Indigenous Elders say we have reversed the laws for living. In the past, we used to contemplate the mysteries of death; now we contemplate the mysteries of life, probing ever more deeply into life’s mysteries with our technologies and research. The Elders know that, even more important than a scientific understanding of how the world works is a spiritual understanding of human limits and our proper place within the web of creation. They say we need to contemplate the mysteries of death to fully live in the NOW with humility and respect for all living things. They say that in the past we honored feminine energies and capacities in the world (exhibited by both men and women, and by Mother Earth herself), while now we almost exclusively honor the Masculine. We used to respect the Elders and now we excessively venerate youth. We traditionally prioritized process, but today we fixate on goals and outcomes. From an Indigenous standpoint, proper process always produces results that exceed individual expectations. In the past, we focused on wisdom and knowledge and never separated the two; now, we focus on knowledge alone. The Elders know that knowledge without the wisdom to apply it correctly is useless if not dangerous. We used to experience the depth and richness of silence in our lives; now there is noise everywhere. We used to engage in genuine interaction with a wide range of people within our communities; now we live alone or in single family units with limited interaction beyond the nuclear family. This isolation destroys relationships, contributes to mental and emotional problems, and separates us from the wider world of which we are a part. And the most important reversal is that now the mind tells the heart what to do, instead of the mind following the heart.

This excerpt has been reprinted with permission from Perspectives on Indigenous Issues (GCILL, 2018) by Ilarion Merculieff, Galena Vladi, Libby Roderick, Sumner Macleish and Sharon (Shay) Sloan.