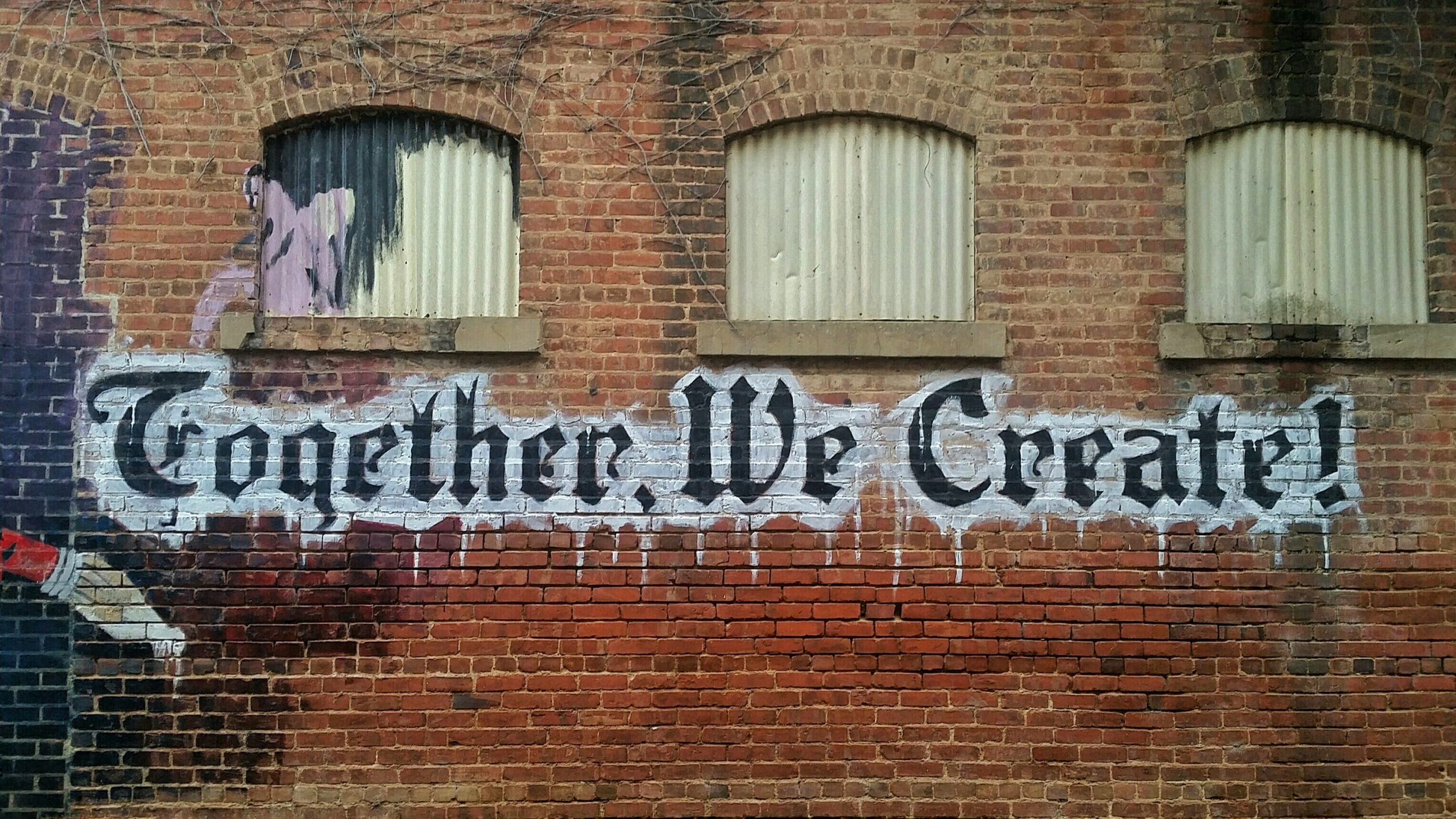 At the core of key issues facing society today — including climate change, the loss of biodiversity, economic inequity and racial injustice — is the economic drive to maximize profits irrespective of the impact on ecosystems and human communities.

Rather than serve the people who constitute the backbone of the economy, many of our existing systems serve corporate interests. Working-class Black and Brown communities bear the brunt of this injustice, consolidated by a plethora of –isms.

Beyond simply standing against this inequity, innovative leaders at a variety of levels are working to support collective citizen engagement to build power within disempowered and marginalized populations.

How Equity-Based Action and Incremental Implementation Can Create Lasting Change

Community grassroots leaders are aligning their strategies with equity and longevity as focal points. Prioritizing equity forces organizers to account for the ways that systems of exploitation position groups of people in an unequal political landscape. Rather than give everyone the same resources, equity-based action recognizes that diverse communities have equally diverse needs.

Here, three leaders discuss how they are incorporating equity-based approaches and ensuring resilience in their own initiatives.

In 2017, Lil Milagro Henriquez founded the Mycelium Youth Network, an organization that prepares youth of color in the East Bay Area for climate change. Located on unceded xučyun territory belonging to the Ohlone Nation, the Mycelium Youth Network fosters localized community resilience by providing S.T.E.A.M. (Science, Technology, Engineering Arts and Math) and Indigenous educational programming. Henriquez represents a growing movement of youth pushing for a transformational overhaul of how we fundamentally relate to each other and to the natural world.

“It is very important to recognize that equity isn’t just the recognition of racial or cultural divides, but also thinking about it in terms of how we can develop sustainable long-term relationships across a plethora of different issues,” says Henriquez.

Rather than simply invite youth to the table, the Mycelium Youth Network puts youth at the forefront of community activism. Henriquez’s work is showing that young people are capable of making waves in their communities when they are treated as serious changemakers with innovative visions of the future.

“For us it’s about, how do we provide resources, empowerment? How do we center what youth care about?” says Henriquez. “Not so we can get to what we care about, but instead recognizing what they care about. When they start suggesting the solutions they want to see, they will generally be more radical, more in-depth, and more comprehensive than anything that I or any policymaker or planner can even think about because they’re seeing their lives within a larger context.”

Trathen Heckman is the founder and executive director of Daily Acts, an organization that partners with local governments to build social infrastructure in collaboration with community grassroots movements to tackle climate change. Heckman helped launch Climate Action Petaluma, an organization that later succeeded in passing a climate emergency resolution and creating a subsequent climate action commission in May 2019 for the city of Petaluma, California.

Heckman also emphasizes the need for an equity-based approach to community action: “An equity lens was used throughout the entire emergency resolution. It contains 2030 zero-emissions and zero-waste targets, urban sequestration, and it addresses consumption-based emissions. It includes a strong focus on community engagement with the goal of creating a climate action network to build long-term, inclusive engagement.”

Heckman’s efforts built a grassroots movement that was able to rally local governments to take action on climate change.

“Because the City was willing to dance with the community and engage new voices and leadership, we have a half a dozen amazing climate commission members bringing their expertise, and we have dozens of community members that created a climate emergency framework for the City,” says Heckman. “As we start to open up in these ways, we can tap the full wisdom and expertise of our youth, of our frontline community members, of our businesses, our organizations, and that’s the kind of change and mindset and approach that we need to really rise into this moment.”

“Rather than just thinking about carbon as a problem we’re going to take out of the atmosphere and put somewhere, we want to capture that carbon and manage it into living systems in ways that accentuate the kind of critical systems we need,” says KenCairn.

KenCairn’s theory of change is an incremental approach, working across sectors and ensuring all progress has the ability to last. “Our plan was really an incrementalist-oriented plan. We have so little time left now that we have to really get down to the systems-level changes,” says KenCairn. “Climate change is not a problem, it’s a symptom, just like social justice and energy system failures and biodiversity problems. In order to change this, we have to change the rules of how the economy works, what it values and what it prioritizes, and what it punishes and prohibits.”

Systems changes must also be backed by economic longevity, says KenCairn. “Unless we figure out how we’re going to create a sustained economy around this development, it will not be sustained. We might get a lot of money in a short period of time to plant a lot of trees, and then those trees might not survive. So we have to be thinking about this from a much more systemic and broad-scope way: How are we going to build a new sector that refocuses that economy and makes it emphasize paying people to do this work?”

Making a Deeper Impact through Collaboration

Brett KenCairn found that by framing the Urban Drawdown Initiatives campaign as an economic recovery effort, collaboration with policy leaders became easier. “There are lots of intersections between the kinds of economic and social and public health crises that the public sector is facing, and the kinds of changes that we need to be making as a broader society,” says KenCairn. “We’ve launched our project as an economic recovery effort because we know that the highest priority of the government right now is putting people back to work. So we started there, but it happens to be directly related to how we’re trying to achieve our climate goals.”

According to Trathen Heckman, a big part of achieving cross-sector success lies in finding the right allies. “A key thing is having champions in government, from staff to elected officials,” he says. “It’s finding a person who’s open to being a champion and being open to educating them or getting educated to build your relationship.”

Heckman also emphasizes the need for community organizations to participate in both implementation and advocacy work. “A lot of times a nonprofit will do either implementation work, or they do advocacy work,” he says. “But doing these things together — doing the boots-on-the-ground installation of gardens or meeting the needs of the existing government for water conservation — and then encouraging them to innovate or evolve more quickly while bringing expertise to the table can be more effective.”

Grassroots organizers and community-based organizations have also formed the basis of many electoral campaigns. The 2020 election season was historic, largely due to the Black and Indigenous organizers who worked to elect officials who represent community interests.

Lil Milagro Henriquez says this work is done in service to marginalized communities and must constitute a cultural shift in the fundamental mode of relation: “How are we thinking about the long game? And I don’t just mean how do we get a particular bill passed or how do we make sure there’s enough energy to make sure that X policy gets through the door. I really believe that if we are going to have the radical change that we need, we need to start shifting our very culture so that change is demanded from the grassroots on up. And that grassroots organizers and activists feel educated and empowered enough to be able to feel comfortable having a voice at the table.”

At the heart of community organizing is engaged citizens who feel empowered to fight for progress. Community organizers and leaders face the challenge of drawing community members into the fold to amplify their impact.

From there, Henriquez suggests that greater involvement comes from creating a space in which people feel safe, understood and empowered. “We think about growing our vision from within the structure of the organization. We’re predominantly a staff of color, we have people who are gender non-binary or who have access issues, and these are all things that we’re grappling with as a staff. So when we come to our community or bring in our community, when we’re in that conversation, it is not something we are learning about for the very first time.”

Funding, says Trathen Heckman, is a huge hurdle to involvement for activists. “We can’t just have underfunded grassroots groups starting dozens of coalitions and doing all the bridge connecting in all the parts of government,” he says. “We do the best we can, and all the money won’t solve it, but we have to start directing resources to invest in building these coalitions and organizations that can think and act systemically, and be better partners for our government agencies to help create the change that’s necessary.”