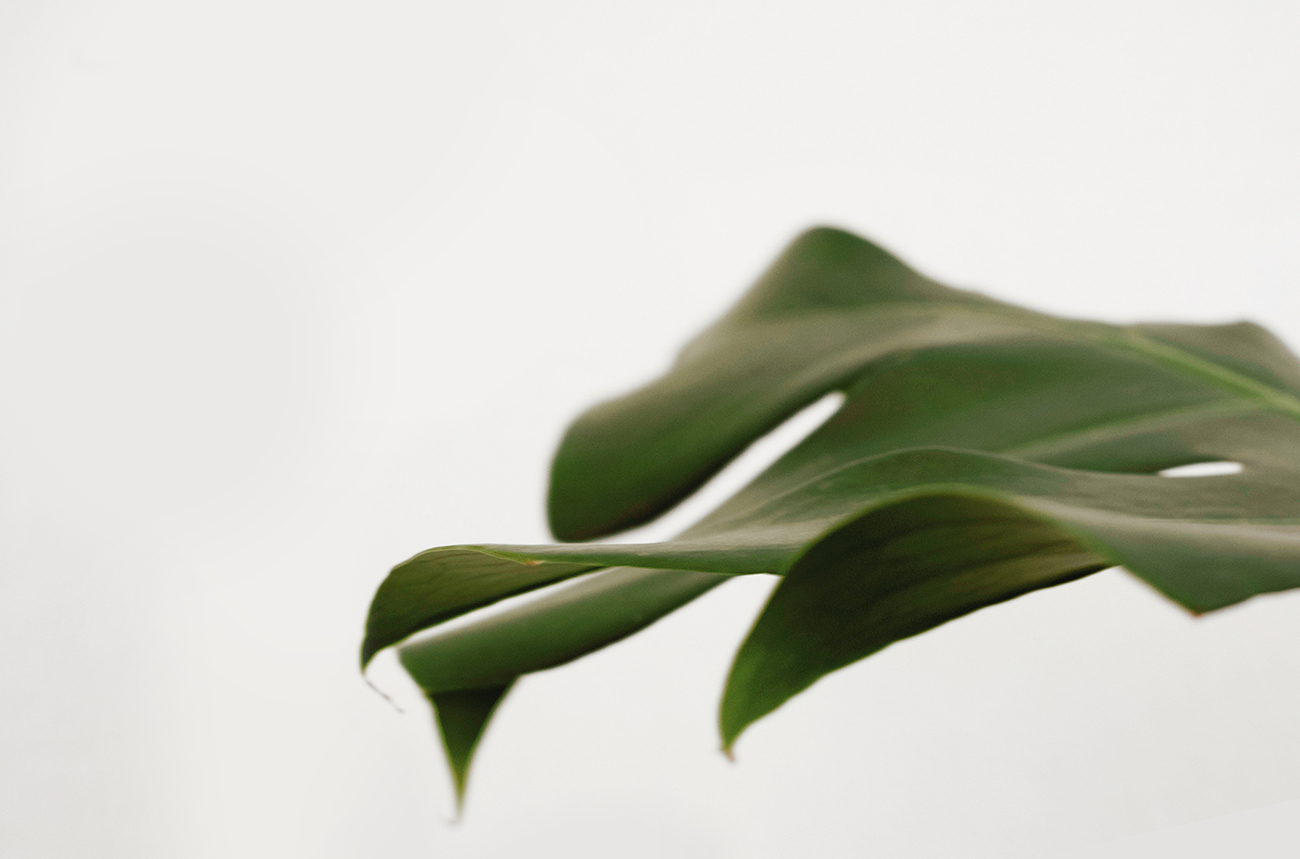 In her 2018 Bioneers presentation, Gagliano talks about the reactions she received from the scientific community when she began exploring how plants think, feel, and even imagine. Though her work was often perceived as pseudo science or even science fiction, she persisted.

In her 2018 “phytobiography,” Thus Spoke the Plant, Gagliano reveals the dynamic role plants play in genuine first-hand accounts from her research into plant communication and cognition. By transcending the view of plants as the objects of scientific materialism, Gagliano encourages us to rethink plants as people: beings with subjectivity, consciousness, and volition, and hence having the capacity for their own perspectives and voices. The book draws on up-close-and-personal encounters with the plants themselves, as well as plant shamans, indigenous elders, and mystics from around the world and integrates these experiences with an incredible research journey and the groundbreaking scientific discoveries that emerged from it.

Following are two excerpts from Thus Spoke the Plant. 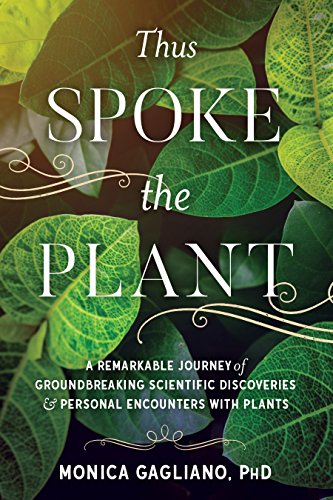 This book is about plants, and by plants. It is a phytobiography—a collection of stories, each written together with and on behalf of a plant person. These stories are told through the narrative voice of both the human and the plant person, through the language of plants and my language for them. But let me be clear on this most delicate subject. There is no attempt at, or need for, ventriloquizing by “assigning” voice to plants, speaking for them or in their place to render these stories intelligible to our human mind. Here, the human is not an interpreter who translates a mental representation in her head as if it was plant- speak, and then puts it into words we can comprehend or scribbles it on a page we know how to read. Rather, the human is a listener who filters out personal noise to hear plants speak and engage in active dialog with these nonhuman intelligences that are far more real than our current scientific constructs allow us to contend with. Here, the human acts as a co-author who physically delivers those conversations to the page. As such, these stories emerge out of a human-plant collaborative endeavour and a mixed writing style, which I think we can fittingly call Plant-writing.

Through Plant-writing, this book transcends the view of plants as the objects of scientific materialism and empowers a new and yet timeless vision of the world, where we encounter plants as the persons and companions they are and bring kind- heartedness to each encounter. By weaving these plant-human stories together into a magical journey of discovery and interconnectedness, this book reaffirms the precious gift our partnership with plants has always been throughout the evolutionary history of our species and our search for under- standing who we are and what are we here for. On these regard, I suspect that anyone who dares embarking on such a search will eventually find these answers. The stories of how each one of us may find them will differ widely, each story being marvelously tailor- made to suit our individual taste. However, the actual answers probably won’t. So while these are my stories tracking what happened to me in my life as a professional scientist in search for my answers on what is the essence of our human experience, this book is about me as much as anyone and these stories belong to me as much as all of us. These are our stories of what it takes to stay aligned with a greater vision and go though the process of bringing it to life in the world. These stories belong to the heart of our humanity, encoded with the memories of our species and all the life forms we descended from. Like in a magnificent orchestral symphony, each story is notated separately for individual plants; and still, all stories are sounding together to remind us of our deep history of connection to and interdependence with all others (humans and non- humans) and reconnect our magnificent minds with our precious hearts so we dare to dream a truly inspiring future for the whole.

In the midst of the rich symphony of Nature, plants appear utterly silent. Designed to believe our own perceptions, our human experience of their silence is so obvious and undeniable that we forget to question whether plants truly are as voiceless as we perceive them. Admittedly without offering some proof of plant voice—assuming we agreed on the definition of the term ‘voice’—we may rightly deem the question itself to be nonsense. However to forget to ask the question, in effect, dismisses any chance for the proof to emerge. As a matter of fact, this is exactly what colonial ideologies of domination and manipulation have succeeded at; by scorning traditional knowledge as unsubstantiated and fanciful and erasing our ancestral memories that spoke of other possibilities, humanity has found itself locked inside the experimental box of a restraining socio- cultural view. Like the plants in my experimental Matryoshka boxes, we are besieged by a barrier of emptiness designed to block any possibility of communication—from this viewpoint, of course, plants do not speak! The good news is that by simply asking the question regarding vegetal speech, we are free to move away from the self- righteous slumber we have intoxicated our mind with. By merely asking the question about plant voice, we set ourselves free from the preconceived notion that construes plants as inevitably voiceless, and we open to observe plants as they behave and truly discover the reality we share. That’s right, because voice is an inter-subjective affair. Voice exists in the place of relation, the space between the self and the other, and it is what we bring to our encounters with plants that defines the quality of our communicative rendezvous—who we allow to speak (or silence).

If there truly is a plant voice, how does it speak and how can we hear it? The voice of the vegetal other is revealed in a place of reciprocity. At this point, some would argue that our dialogue with plants lacks reciprocity as it would seem that for plants to do the talking we are required merely to be the listeners (never, the speakers). The argument would be based on the recognition that dialogue entails a mutual exchange, where the one who speaks must be also able to hear, and the one who hears is also capable of speaking. Accordingly, it would be concluded that there is no dialogue at all between plants and us because we are supposed to give them our full attention, but they never engage with and respond to us. This perception was about to be, if not completely debunked, severely altered by a new scientific truth.

As in all conversations, the relationship between how information is packaged (encoding) and the content translated (decoding) determines the outcome of the exchange and interaction. The experimental findings from my Matryoshka boxes had provided no mechanistic explanation of how the chilli seedlings exchanged information with the other plants, but had signposted the way. It was clear that some of the underlying conditions required for such conversation to occur included the emission of a signal that not only propagated rapidly to convey real- time information about neighbouring plants but also could be anaThus Spiolysed quickly by the receiving seedlings. And what better way to have a chat than thru sound? After all, the ability to sense sound and vibrations is an ancient sensory modality behind the behavioural organization of all living organisms and their relationship with their environment. It was in late 2011 that bright yellow kernels of maize decided to break the silence with their vibratory signals. They sprouted the conversation open inside a university laboratory at the heart of one of the leading global colonial powers and for the first time, their loud and chirpy vegetal clicks were heard by our ears and recorded by our sensitive scientific laser instruments in Bristol, England. And it was official—plants emit sounds and they hear them too, and on the basis of what they hear they modify their behavior.

Emerging at the interface between two bodies of knowledge, the truth was that this research was successfully substantiating the ‘beliefs’ of traditional knowledge through the application of the Western scientific model. Did it succeed in changing the notion of ownership to one of custodianship? By raising her voice, Maize had done something more, and different. Beautifully unexpected like a rare flower blossoming out of season, her voice had brought into awareness a new perceptual field extending beyond ownership and custodianship, a vision of non- hierarchical co- participation. By revealing the vegetal voice, Maze had come to ask that we recognise our attempts at silencing plants; because humans have something of a historical track record for silencing those whose voice they do not want to hear. We do this by unconsciously ignoring them or deliberately stripping them away and of itself, this is an injurious act because it violates the very thing that makes dialogue possible—the recognition of the other as an equal.

From this perspective, both ownership and custodianship break down the foundation of a true dialogue with the vegetal. Although the two attitudes are very different, both are validated by the apparent ‘inability’ of plants to express themselves and thus, the justification for objectifying them. Denying the morally relevant value of the interaction, ownership is designed to override the subjectivity of plants in order to control and abuse with no restrain. On the other hand, custodianship inadvertently patronises them by treating them with a kind- ness that gives away our feeling of superiority. This attitude is most obviously observed (although, rarely understood for what it truly accomplishes) when we overwrite plants with the sounds that are familiar to us by ventriloquizing them through the approximation of human speech or the transposition of musical scales and various instruments onto them. Because in dialogue with the plant world, we are asked to relinquish these in-built ideas that make our perspective better than, wiser than and superior over the other, all these attitudes bring us to the same ethical and moral cul-de-sac. And with a few chirpy sounds, Maize had effortlessly brought it all to the surface for us to honestly view it, if willing. Personally, I had always considered myself as a ‘custodian’ of the vegetal world and more generally, Nature; but seeing myself as a steward above and separate from the rest was a position no longer tenable. In opening the conversation, Maze had come to deliver a most transformative message—plants and Nature can be heard. They are no property to be owned. They need no custodianship, but commitment to a non- hierarchical respect, a space of communion where we come to understand the world and take the pathway towards understanding each other.

And this was only the beginning.