What Animals Can Teach Us About the Nature of Being Human 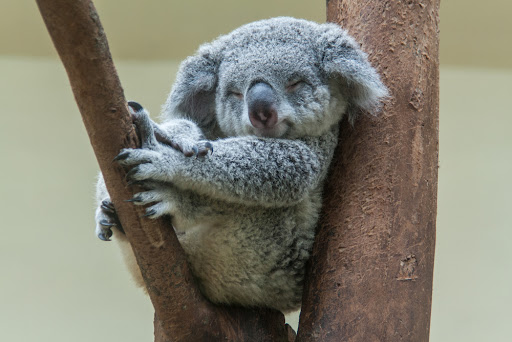 For centuries, humans have looked to animals to enrich our understanding of ourselves and of the world we all share, but for a long time we humans forgot that we too were animals totally dependent on the health of the ecosystems we inhabit, and we wrought devastation on the biosphere, a wrong turn we are now desperately attempting to pull out of.

As Earth Day approaches, we’re reminded that our animal relatives have the capacity to inspire us to be far better stewards of our environment and far more empathetic with each other. From insects to whales, the millions of animal species inhabiting our planet with us deserve our attention and compassion.

This week, we highlight work from Frans de Waal, Ben Goldfarb, and Carl Safina as they share what they’ve learned from other animals. And we’ll dive into wild world of underwater soundscapes with the newly launched Global Library of Underwater Biological Sounds.

Different: Gender Through the Eyes of a Primatologist | Frans de Waal

World-renowned primatologist Frans de Waal offers key insights into gender in this excerpt from his book, Different: Gender Through the Eyes of a Primatologist, drawing on his decades of experience studying our ape cousins. De Waal courageously treads into very contested debates, but blending rigorous scientific observation and great compassion, he shows us how a close look at our bonobo and chimpanzee relatives can help us become far better hominids.

Underwater Soundscapes: What Can We Learn by Listening? Meet GLUBS

We’re all familiar with the hauntingly beautiful songs that Humpback whales sing and with clicks and beeps that dolphins make as they echolocate schools of fish. But have you ever wondered about the larger sonic landscapes or soundscapes that exist underwater? An exciting new project is being developed bringing together scientists (and citizens) from around the world to understand what we know – and what we don’t know – about the world of underwater soundscapes. In this interview, Audrey Looby, a researcher on marine soundscapes, talks about the Global Library of Underwater Sounds (“GLUBS”) and its potential to transform what we know about our underwater world and has profound implications for conservation, restoration, and our understanding of our fellow water-dwelling animal kin.

Eager: The Surprising, Secret Life of Beavers and Why They Matter | Ben Goldfarb

The consequences of losing beavers were profound: streams eroded, wetlands dried up, and species from salmon to swans lost vital habitat. In his book, Eager: The Surprising, Secret Life of Beavers and Why They Matter, award-winning environmental journalist Ben Goldfarb reveals how our idea of a healthy landscape was distorted by the fur trade that once trapped out millions of beavers from North America’s lakes and rivers.

The New Science of Evolutionary Cognition: Are We Smart Enough to Know How Smart Animals Are?

Overwhelming evidence suggests that many animals monitor their own knowledge (“metacognition”) and can reflect on both past and future. It is increasingly clear that our old one-dimensional model of a scale of cognitive capacities that goes from “lower” to “higher” life forms doesn’t fit the data. This year at Bioneers 2022, world-renowned primatologist Frans de Waal will draw from his deep experience studying cooperation and empathy among primates to explore with us the concept of “convergent evolution” and the new science of Evolutionary Cognition. He will offer us a radically expanded vision of how intelligence evolves and is distributed among our planet’s creatures.

Carl Safina – We Are Not Alone: What Animals Think and Feel

Animals possess self-awareness and empathy as much as they imitate, impart knowledge, and grieve. Relationships define them, as relationships define us. Carl Safina, the world-renowned ecologist, author, and expert on animal consciousness, reveals that we’re discovering many non-human minds are far more similar to ours than previously thought.

Mother, Daughter, Collaborators (Plus the Book That Changed the World of Food): The Lappés

Bioneers is excited to be partnering to bring Mother-Daughter duo Anna and Frances Moore Lappé to this year’s Bay Area Book Festival! This is an exciting chance to see the two discuss how parents and children can be there for each other, boost each other’s dreams, and work together for a better world. Bioneers actually hosted Frances and Anna on stage together at Bioneers years ago and are so excited to see them again together.