Regenerative Agriculture Means Transforming the Relationship Between Women and Food 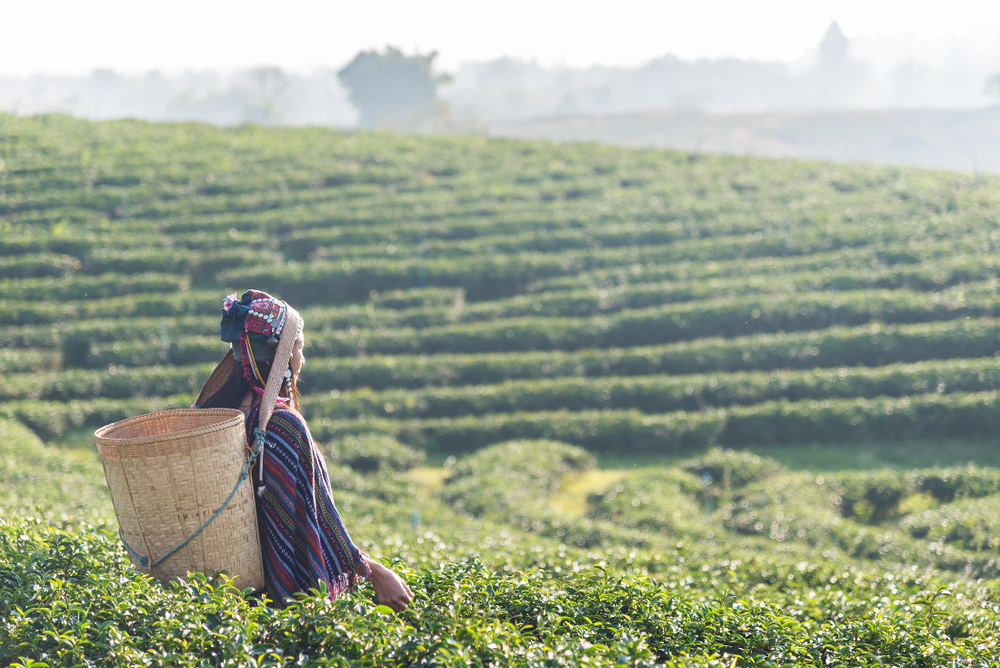 Women comprise the backbone of global food production despite enduring a lack of access to land and food security. Now women are leading the movement against the negative impacts that a male-domionated extractive agricultural industry is having on our climate. By restoring the land through a community-led form of regenerative agriculture, women are transforming our relationship to food and agriculture as part of the global movement against climate change.

In this excerpt from Regeneration: Ending the Climate Crisis in One Generation, Paul Hawken describes the mass women-led movement to transform our agricultural system toward sustainable practices that mitigate climate change.

A key climate action pathway is where two major solutions overlap: the transformation of global food systems and the empowerment of girls and women. Achieving gender equity at household, community, and policymaking levels makes for improved agricultural yields and social outcomes. Agriculture is responsible for a significant share of the world’s greenhouse gas  emissions: almost one-quarter when accounting for land clearing. Climatic stresses on agriculture present significant food security challenges to large sectors of the population, especially rural women. In coming decades, adverse environmental and climate factors are expected to boost world food prices up to 30 percent and to increase price volatility. Amplifying the agency of rural female farmers—among the most marginalized groups in society and particularly vulnerable to food insecurity—is essential to building community resilience in the face of climate change. Reaching parity in training, education, credit, and property rights is critical: women own less land than men, while they do around 40 percent of labor related to food  production. Just as important is recognizing the value of women’s traditional knowledge of land, farming, and culinary practices and drawing this wisdom into the center of agriculture policy.

Women are the backbone of food systems in many parts of the world, deeply involved in every step of the process, from planting and harvesting crops to the planning and preparation of meals. Yet they receive a small percent of agricultural advisory and support services globally, and their involvement at the production level does not translate to increased food security or financial benefits for them. Nine out of ten nations have at least one law impeding women’s economic opportunities, including access to credit and the ability to own land. The Food and Agriculture Organization of the United Nations reported that if women farmers were given the same access to resources that male farmers have, they could increase their crop yields by 20 to 30 percent and reduce malnutrition 12 to 17 percent globally. Boosting the yields of women farmers helps keep forests standing, as farmers are less inclined to expand their crops into nearby forests when their existing land is productive. This solution could reduce emissions by 2 gigatons of carbon dioxide by 2050. It highlights the deep connections between forests and food systems—integrating the two through agroforestry and ecological farming practices has been at the heart of a number of successful regenerative movements led by rural women. These initiatives, aimed at improving food and water security, result in restored ecosystems and demonstrate a powerful, multifaceted response to the climate crisis.

The effects of deforestation and industrial agriculture, compounded by warming temperatures, have resulted in severe  drought conditions and food insecurity in many parts of the world. Wangari Maathai’s Green Belt Movement organized women to plant trees on a large scale, restoring land and water resources and galvanizing a resurgence in traditional and organic farming in Kenya. The potency of women’s potential to innovate the food system is rooted in a deep understanding of the interconnectedness of nature and agriculture and a resourcefulness born out of their daily labor to  support their families. As Maathai pointed out, women who walk miles to fetch water daily are keenly aware when sources run dry. They are often the first to be involved in assessing changes in the availability and quality of  natural resources, and adaptively managing those resources to build resilience in the food chain.

Since 1977, the Green Belt Movement has planted more than 51 million trees and trained tens of thousands of women in trades such as agroforestry and beekeeping, serving as a model for women-led approaches to the transformation of food systems. The Women’s Earth Alliance Seeds of Resilience Project, in Karnataka, India, partners with a women-run seed-saving collective, Vanastree, which means “Women of the Forest.” In a region where chemical agriculture and climate instability are destroying forests, biodiversity, and people’s age-old control over their food sources and medicinal plant traditions, Seeds of Resilience supports women farmers who are promoting forest-based agriculture and small-scale food systems through conservation of traditional seeds. After participating in the year-long training, farmers went on to launch seven community seed banks, which increased seed biodiversity by 43 percent in the region. Women farmers also learned to become successful seed entrepreneurs who now grow and sell seed. These farmers train others to utilize drought and flood-resistant native seeds that secure healthy food and generate income. Earnings are reinvested into families and into training more women entrepreneurs. These seed banks act as a safeguard for preserving and storing critical seed varieties, alongside the landscape, which acts as a seed sanctuary itself.

These movements demonstrate the fierceness with which women are defenders and protectors of local resources, and the exponential effect of women’s leadership on food systems. Encouraging women’s agency at the farm level involves ensuring that education and training are equally accessible to them. This takes the support of both women and men, who must also recognize the benefits of inclusion for their families and communities.

In India, three-quarters of rural women work in agriculture, a sector that has been hit hard by decades of economic liberalization as the amount of arable land has dwindled as a result of government policies that support industrialization and  corporatization of farming. In early 2021, women occupied the forefront of one of the biggest and longest-lasting protests in the country’s history, when farmers demanded that the government withdraw legislation that supported corporations at the expense of small-holders. In spite of the patriarchal traditions that have prevented women from achieving equality in agriculture in India, these protests were a rare grassroots uprising in which women and men stood arm in arm, despite an increasingly authoritarian response from government.

In the United States, there is a significant movement of women into agriculture. Family farms always involved women as part and parcel of agriculture, but women are now taking over farm operations or are farming on their own in increasing numbers. Between 1997 and 2017, women as principal agricultural producers increased from 209,800 to 766,500, one of the greatest demographic shifts in agricultural history. Because of resistance, barriers, and sexism in the traditional farming community, women are forming networks and  organizations that provide them with safe spaces free from the pressures of “farming like a man.” The agricultural challenges they face are the same for all farmers: commoditized  markets, toxic  pesticides, depressed  prices, and small or negligible profits. They encounter greater difficulties in obtaining loans and working with equipment designed for men’s bodies. What women bring to farming are qualities that emphasize personal  relationships, a greater focus on sustainability for oneself and the land, regenerative techniques, networking, and collaborative learning. Around the world women carry forward Native and Indigenous knowledge of the land, climate, and plants, passing it on from generation to generation. For many reasons, women more easily recognize that our well-being is inseparable from the well-being of the soil. The restoration and renewal of farmlands means changing from a male-dominated form of extractive agriculture to a community-led form of regenerative agriculture that includes everyone.