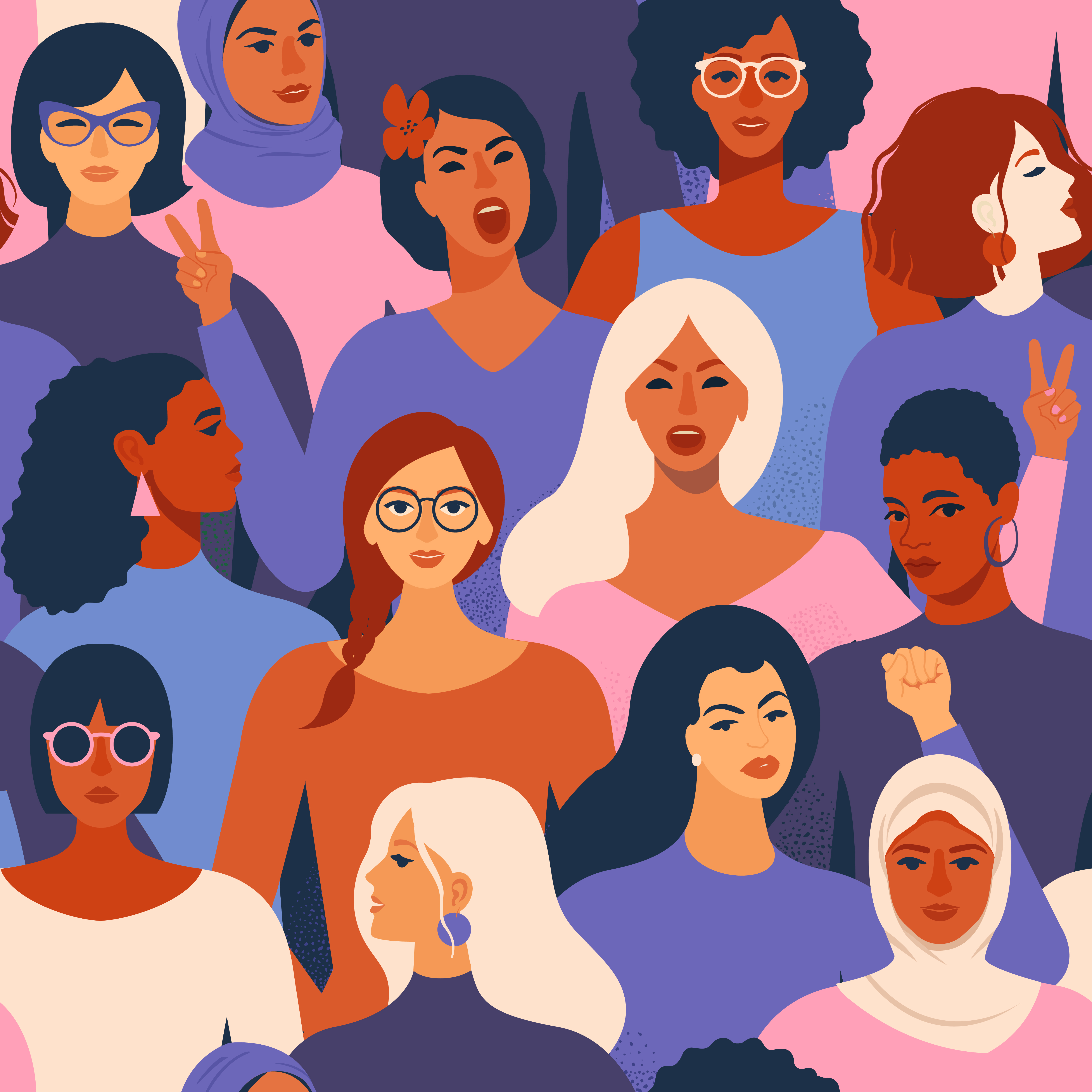 This year, we’re celebrating Women’s History Month with a record number of women in Congress. Historically male-dominated fields, from politics to business to tech, are shifting to pull their ecosystems more in-line with the general population. Women continue to break through ceilings in the workforce, but empowering women goes beyond the professional. It starts with the personal.

Sisterhood transcends boundaries of land and language, but the unique, lived experiences that inform it can look a lot different around the world. Kimberlé Crenshaw, a civil rights advocate and law professor, developed the concept of intersectionality, which she describes as “a way of thinking about identity and its relationship to power.” It illustrates how the interconnection of personal identities can layer political, economic and social disadvantages. Learning from women of various backgrounds provides invaluable solutions to resisting injustice for all, especially as society moves toward a more equitable future for both men and women.

Watch the five empowering lectures from women below to learn how they use their own spaces in society to incite change, and how you can too.

Patrisse Cullors, a Los Angeles-based artist and activist, is one of the most influential movement builders of our era as one of the three original co-founders of Black Lives Matter. In this talk, she explores the contributions women have made to the movement for Black lives, and some of the issues the movement aims to change: institutional racism, mass incarceration and high rates of maternal mortality in African-American communities.

World Pulse founder Jensine Larsen and Sister Zeph, an award-winning Pakistani digital crusader for girls’ education, illustrate how their global network is harnessing the power of digital communication into a powerful force for change by connecting women from more than 190 countries – including those reaching out using Internet cafés and cell phones from remote rural areas and conflict zones. Jensine shares her personal journey building World Pulse from a vision into a network now impacting over two million lives. She and Sister Zeph show us how we can participate in this soulful digital revolution to unleash the true feminine intelligence of the planet.

Workers have been rising up all over the country to join the campaign for “One Fair Wage,” and demand higher wages and the elimination of lower wages for tipped workers. Innovative, award-winning labor leader Saru Jayaraman says that, if we join together, we can end economic inequality in America. Director of the Food Labor Research Center at UC Berkeley, Saru co-founded the Restaurant Opportunities Centers United, which has more than 25,000 worker members, 200 employer partners, and thousands of consumer members in a dozen states nationwide.

Drawing on her lifetime of social justice activism, Fania Davis depicts the essence of Restorative Justice, an emerging approach that seeks to move us from an ethic of separation, domination and extreme individualism to one of collaboration, partnership and interrelatedness. Rooted in Indigenous views of justice and healing, this rapidly expanding global movement invites us to make a radical shift from either-or, right-wrong, and us-versus-them ways of thinking. It seeks to midwife an evolutionary shift beyond domination, discord and devastation toward healing, wholeness and holiness with one another and all creation.

A mother and member of the Mandan Hidatsa Arikara nation of North Dakota, Kandi Mosset is known worldwide for her involvement on the frontlines of the protests at Standing Rock. Mosset is passionate about bringing visibility to the impacts of climate change and environmental injustice, specifically those affecting Indigenous communities throughout the world. This is her keynote speech on defending indigenous lands and communities from the negative impacts of the fossil fuel industry.