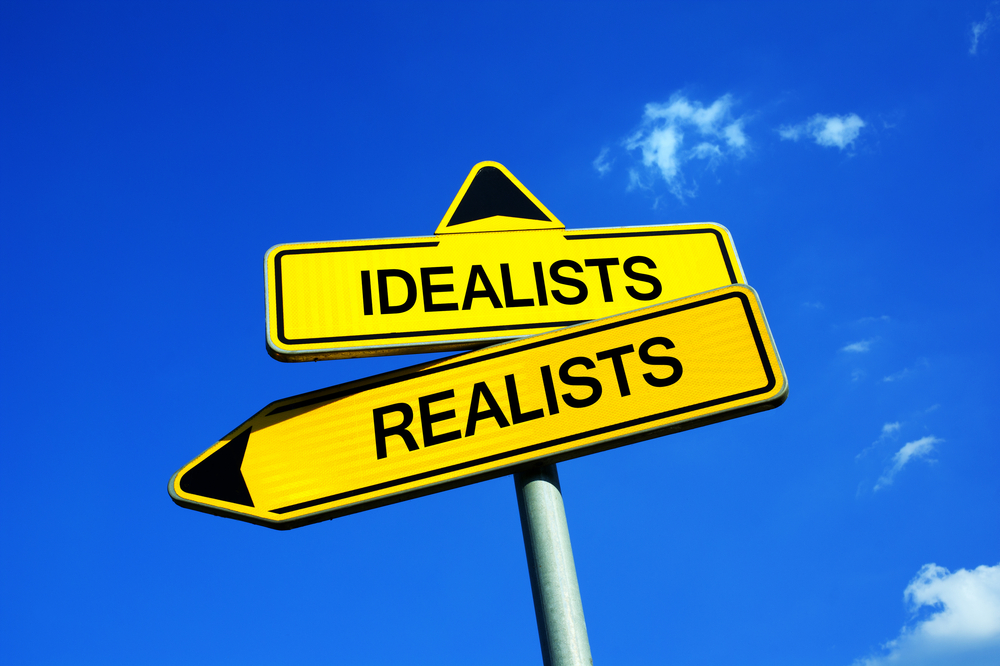 Humor me as I engage in a clumsy metaphor: If there are several of you who have profound political differences arguing vociferously about your competing worldviews, but you all happen to be in a vehicle that’s heading directly toward a steep cliff, common sense would dictate that you should all agree to stop your fighting temporarily to at least stop, or to turn the vehicle in another direction. Once you’ve done that, then by all means resume your passionate philosophical and socio-political struggles. And even if you think the trajectory your entire society is on is the equivalent of a dive off a cliff, there is a difference between a years-long, fairly slow roll, and an immediate plunge. The immediate plunge eliminates any future hope of achieving any of your ideals.

It is true that at their core all political tendencies are informed by utopian visions of what an ideal society would look like. Historically the classical left tends to be more obviously utopian, often following in Rousseau’s footsteps, believing human beings are fundamentally good but that perverse social structures and hierarchies poison their behavior. In that tradition an ideal society is therefore one that seeks to unleash human goodness and creativity by eliminating overly authoritarian constraints and selfish, materialistic incentives.

But even philosophical pessimists on the traditional “old school” right who draw on such thinkers as Hobbes and Burke and believe that people, left to their own devices will lead lives that are “nasty, brutish and short” (Hobbes’ famous formulation), offer their vision of an optimally functioning society (a highly structured one that strictly controls and canalizes base human impulses with clear hierarchies and robust policing). In my view, it’s still a variant of utopianism because they offer it as the best model that can be achieved, given their pessimistic view of human nature.

So, all political worldviews are informed by their utopian underpinnings, but once one engages in political struggles in incredibly complex human societies, things get messier. In any broad political movement, some people gravitate to more purist stances that hew to the core utopian vision of their political tradition; others are attracted to more pragmatic approaches they feel will yield more short term, tangible benefits. Those poles and that core tension are inevitable in every political tendency. It can engender healthy, productive debates and actions at times, and rip movements asunder at others.

I’m not interested in taking one side or another in that eternal push and pull. The one point I want to make in this little spiel is that there are certain critical, pivotal moments in the trajectory of a nation — or in this case, of the whole species — during which the historical imperative demands that utopian aspirations be temporarily put aside to avoid collective disaster.

There were communists, centrists, right wing nationalists, and even royalists working together in the Resistance in France during WWII. Once the war ended, the political fights resumed with all their acrimony. In 2002, when the neo-fascist Jean-Marie Le Pen unexpectedly made it to the second round of the French presidential election, an unparalleled unified response of people from across the political spectrum from Maoists to Catholic conservatives and almost everyone in between all flocked to the polls and gave Jacques Chirac 82% of the vote. Many of them held their noses and voted for a center-right candidate they had no resonance with because the alternative was catastrophically toxic. And this is the French who are infamous for their incessant political kvetching, frequent strikes and riots.

And does anyone outside of historians remember who ran against Mussolini in 1924? It would be hard to argue that having elected a potted plant or an insect would not have been a far more desirable outcome.

I would argue that we are in an even more consequential moment this electoral year. What happens here will have enormous global implications. Yes, climate change poses an existential threat to civilization and the resilience of the biosphere; yes, the extreme social inequities both within societies and between the industrialized world and the “global south” are infuriating and need to be fought. But if the last wobbly remnants of democracy, of the infrastructure for effective, rational governance, and of free media are swept away by authoritarian cliques and the total consolidation of oligarchic rule, then any hope to address those other issues will be eliminated for a very long time.

I understand that it is hard to get enthusiastic about geriatric, centrist candidates who aren’t authentic climate or social justice warriors, but I urge everyone, especially the young, to please become very passionate about avoiding disaster, so that we will have the opportunity to return to fighting for our utopian aspirations. Thelma and Louise may have been attractive, romantic characters, and I know that we may, pace Jim Morrison, “want the world, and want it now,” but if we collectively drive off that cliff in November, we may pass the fail-safe limit, and history, if there’s anyone left to write it down the line, will be very harsh in its judgment.

J.P. Harpignies is a long-time Brooklyn resident and has been working with Bioneers since 1990. He is the author of several books including Animal Encounters and Political Ecosystems and served as the associate editor of Bioneers titles, Ecological Medicine and Nature’s Operating Instructions. J.P was previously the director at the New York Open Center and founder of the Eco-Metropolis conference.