An Apocalyptic Shade of Orange 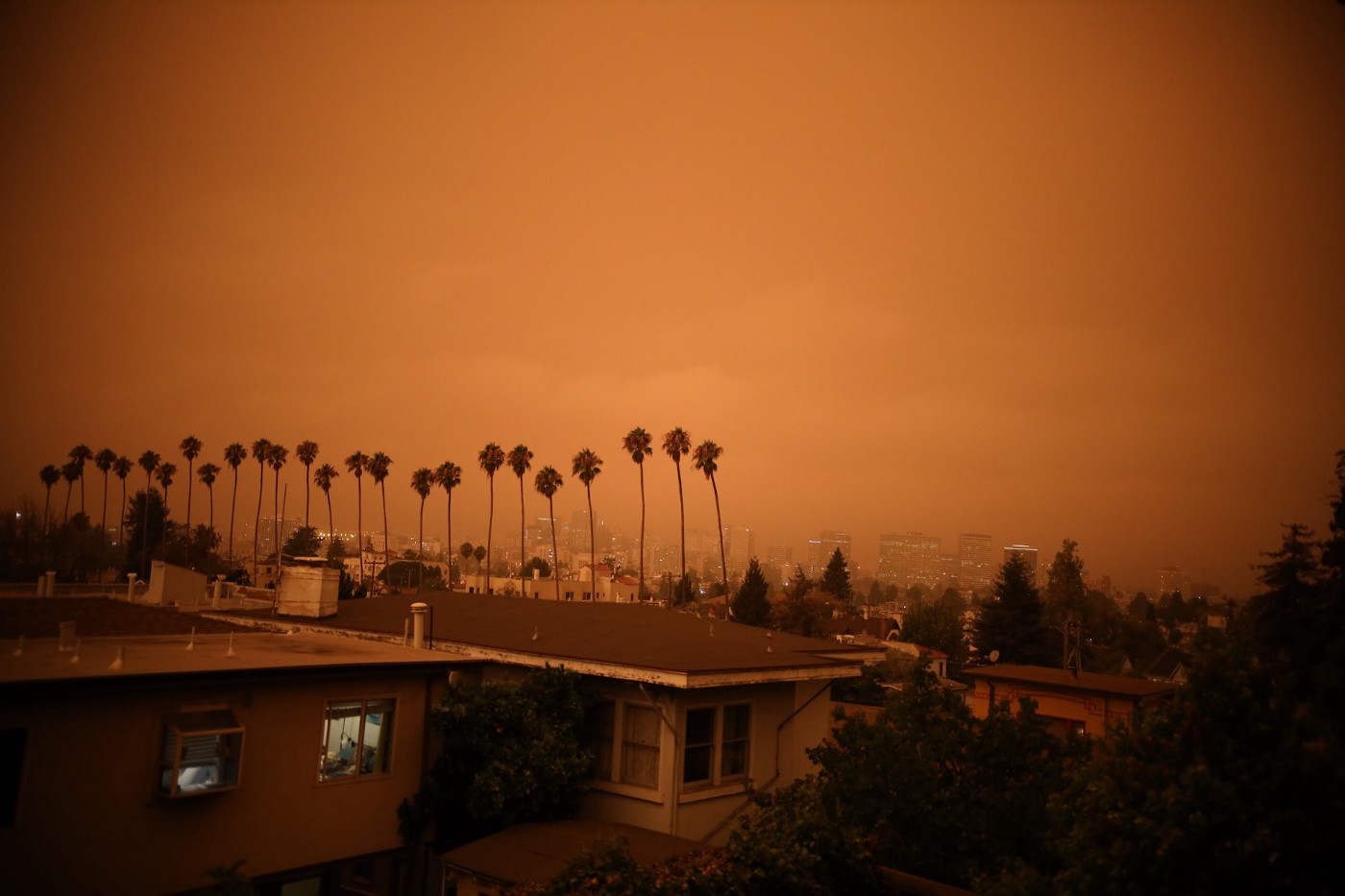 Rupa Marya, M.D., is an Associate Professor of Medicine at the University of California, San Francisco and Faculty Director at the Do No Harm Coalition-an organization co-founded by Marya to combat systems of oppression that predispose marginalized populations to state sanctioned violence. Marya’s research focuses on exploring the nexus of racism and state violence to uncover how societal structures make certain populations more susceptible to illness.

In this article, Marya writes about how colonialism has factored into creating unsustainable and destructive relations with the land. Rupa argues for the return of land to the original Indigenous caretakers in order to restore balance. Marya asserts that Indigenous knowledge and sovereignty is essential for the future of our planet and calls on everyone to follow the leadership of Indigenous nations.

I have been saying this for some time but maybe now that the sky is an apocalyptic shade of orange, it may land differently on the ears of those who thought my words were too radical or too far-fetched. The lands and water and air of what we now call California have been mismanaged and abused since colonizers took this land by force in the 1700s. They continue to be mismanaged and abused.

The only way forward to restore what Haudenosaunee seedkeeper Rowen White calls “cultural sanity” is to give all the land back to California native tribes. To ask permission to be here. To restore their place as the rightful stewards of these lands, to create space for their stories, their priorities, their languages, their cosmologies, their ways. To make visible what has been cast aside and made invisible for far too long.

When the ceremonies return, the songs, the languages, the people to the ecologies that they know inside their very DNA, we can reenter balance, which was present here in these lands for over 10,000 years of their inhabiting them. Indigenous ecological knowledge is an incredible scientific system of understanding, based on timescales of gathering empirical evidence that eclipse what we normally see in ecological journals. I consider it more holistic than western science because it is, in its essence, deeply moral. And that morality is dictated by what is generative for life to continue in optimal health.

People say that millions of acres of California burned every year before the colonizers came and that fires are nothing new. It is part of the ecology. Yes, but what they fail to mention is that the forests that burn now are not the same as the forests that burned then. They are categorically different. The ecology of the forests and soils that were burning before colonization were very different then than they are now, because those forests were being actively managed by the people and the grizzlies and the elk and the beaver and the salmon. All of these entities were wiped out when the colonizers cleared the land for themselves, as if Europeans on their own were the only thing needed for life to prevail.

Those forests that burned as a part of the pre-colonial fire ecology were old growth forests, whose complex soil microbiology led them to burn at lower temperatures. The water retained by networks of mycelia present in the soil of old growth forests would cause those burns to move more slowly. There was no massive sudden release of carbon into the air we see with the fires now. When our forests burn today, young growth trees are burning. These young forests do not have the density or biodiversity of life associated with them, from what we call wildlife to the humans to soil. Today, after decades of clearcutting and the presence of relatively young trees, we have forests that present danger. Our forests are managed for extraction and fire mitigation, not for the creation of the complex microbiology which generates and supports an incredible biodiverse richness as we see in old growth forests. As such they do not have the microbiology that slows a burn down. So now we have rapid massive and intense burns. We have temperatures that are extreme.

In addition to the mismanagement of forests, there is the lack of deep understanding about the waterways in our state. Water has been impounded and rerouted, diverted and forced underground. The salmon and the people whose cultures have been based around the salmon for thousands of years have suffered as a result. The land has too. Most of California’s water is used for intensive agriculture practices that also decrease the biodiversity around them, from tilling to the use of fossil fuel-based fertilizers and pesticides. Since 1920, the land in the San Joaquin Valley has sunk 28 feet from groundwater depletion pumped for industrial agricultural practices. And then there’s hydraulic fracking and cyclic steaming for fossil fuel extraction. These are all signs of mismanagement and a deep and tragic lack of understanding our role in the web of life.

Simply bringing back fire medicine will not recreate the complex ecology of an old growth forest. It takes thousands of years with highly intensive disturbance regimes to generate more biodiversity, following the ways a beaver knows. Right now our forest soils, like the rest of California, have been abused through deforestation, the genocide of the native people, the bear, the elk, the salmon and the beaver and the widespread use of chemicals. You cannot bring back that rich ecology by just bringing back prescriptive burns. You must bring back the entire ecology, including the humans who knew how to tend it.

What we are seeing now is that the colonial mindset that got us here is gravely incorrect. It is deadly. It is dangerous. It is time for Another Way. We settlers must lead by following. We must have power by giving it away. We must ask for forgiveness and follow their leadership. We must do everything in our capacity to make space for indigenous people to heal and to find their way back to their ways of knowing, so that this place can be in balance yet again. We must create a new culture where our work is to play a supportive role. And that is all.

It is deeply time to #Decolonize. Mother Earth is screaming for us to listen. Let’s listen.