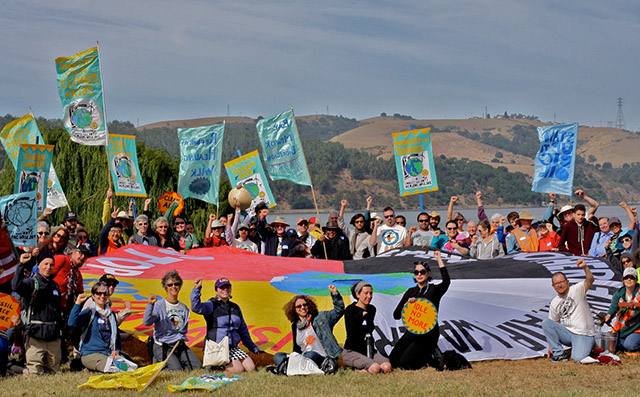 On June 20, 2015, I joined a Refinery Corridor Healing Walk led by Idle No More San Francisco Bay organizers. We marched 12 miles from my hometown of Benicia, California to Rodeo, California, crossing sights both monstrous and beautiful. What felt like a dream on this most remote side of the Bay was long overdue.

The Refinery Corridor Healing Walk began on the shores of the Carquinez Strait, several miles west of Benicia’s Valero Refinery, opening with a ceremony giving thanks to the waters that support all life on earth. From there, we took the healing walk west through local neighorhoods and south across the Carquinez Bridge, to Rodeo’s Conoco Phillips Refinery, the oldest of its kind in the Bay Area.

Walking within these communities provided an eye-opening experience, as places like Rodeo and Benicia are on the frontlines of the fossil fuel industry. Indeed, in recent years, Bay Area refineries have attracted national controversy with expansion projects to increase the amount of crude coming in and being refined. This, in a time when scientists agree that 80% of the world’s fossil fuel reserves should remain underground, unburned, to avert the worst impacts of climate change.

When people think of the Bay Area, they think of a dynamic, forward-looking region at the heart of social and environmental progress. The five large San Francisco Bay oil refineries and their enduring connection with our fossil fuel based economy are too often overlooked.

Last year, Bay Area activists joined Idle No More to create the Bay Area Refinery Corridor Coalition. Working together, the two groups have organized these Healing Walks along the refinery corridor of northeast San Francisco Bay to bring attention to the health risks and dangers that the refineries pose and the crude coming through the communities from the Alberta tar sands and the Bakken oil fields.

A grassroots movement of indigenous peoples in Canada, including bioneer Clayton Thomas Muller, Idle No More made headlines for opposing hazardous fossil fuel projects including the building of the Keystone XL pipeline over indigenous land in Alberta. For more about the Idle No More movement, check out Clayton Thomas Muller’s keynote from the 2014 Bioneers Conference: 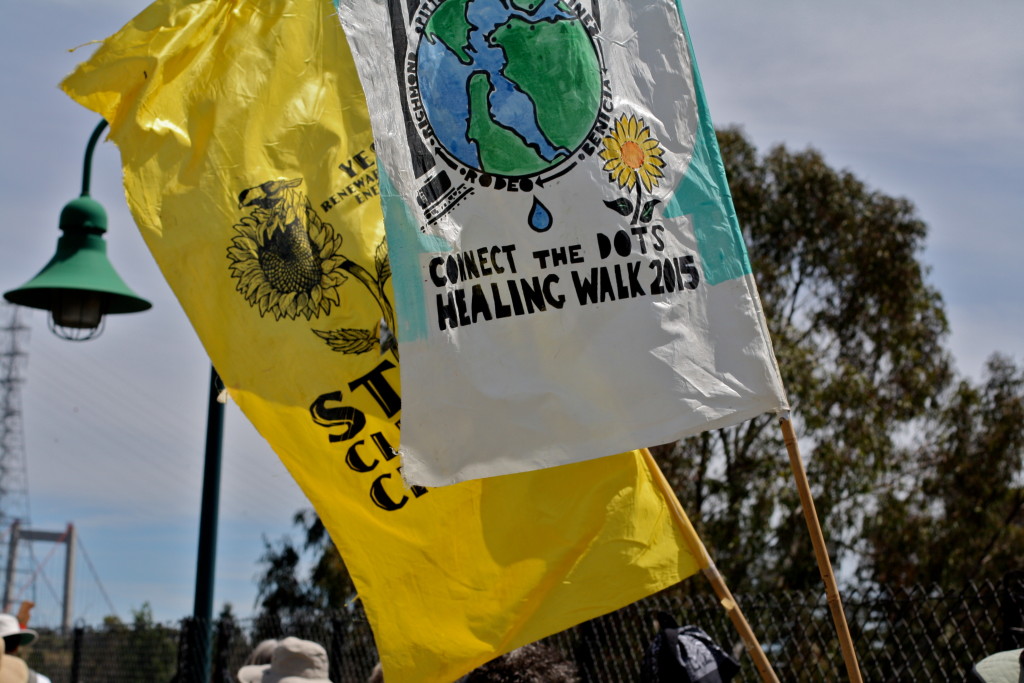 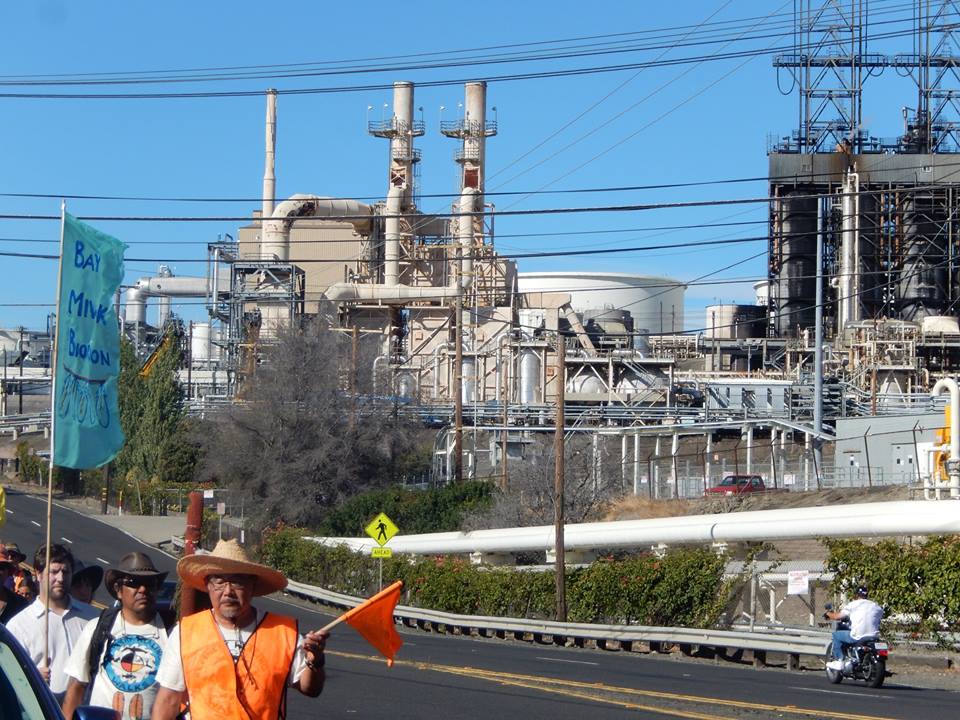 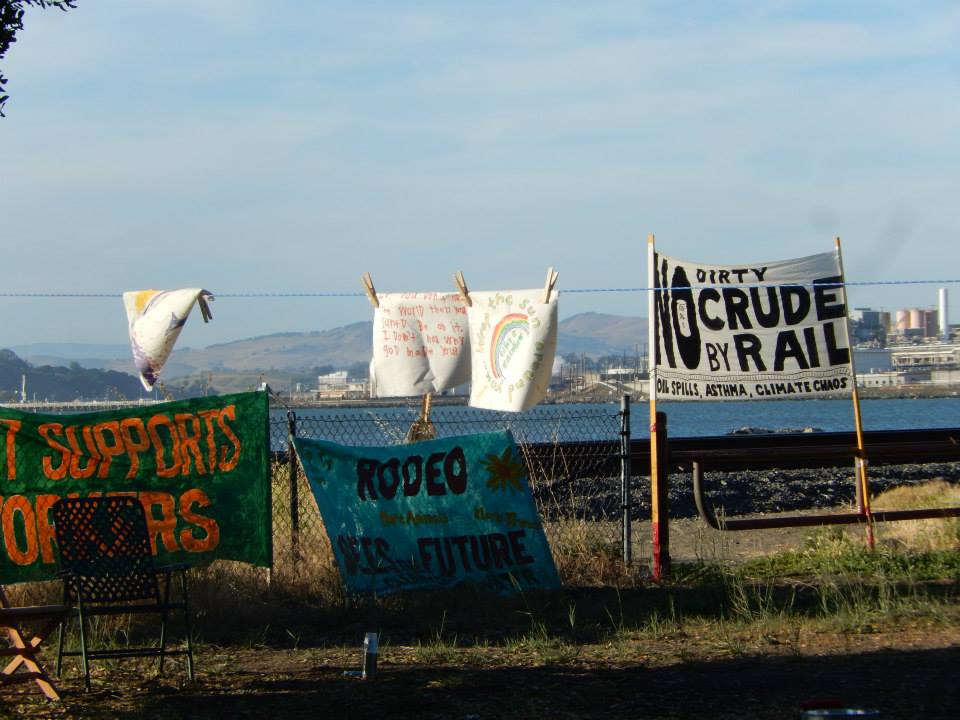 The Refinery Corridor Healing Walks are near and dear to me, where my multiple identities collide and manifest as a singular entity. I have been an environmental advocate for years and as a Benicia local, the Bay Area’s refinery corridor is literally my home—the place of my upbringing.

Growing up in the city of Benicia was a lesson in duality. A former state capital, not to mention an early contender for Metropolis of the West, Benicia, a sleepy town just shy of 27,000 people, remains hidden from public imagination. Visitors often describe the city as quaint and picturesque—a vision that runs counter to the reality that the eastern end of the city fronting Suisun Bay is the site of heavy industry.

While Benicia never became the commercial or political hub its founders envisioned it to be, the Valero Refinery at the center of its massive Industrial Park has been an important part of our fossil fuel based economy, along with the other four refineries in the area.

But now we have an opportunity to reimagine the future. As Pennie Opal Plant of Idle No More SF Bay said at the end of the Healing Walk:

Learn more about the Refinery Corridor Healing Walks and how you can get involved at Pennie Opal Plant’s workshop at the 2015 Bioneers Conference.