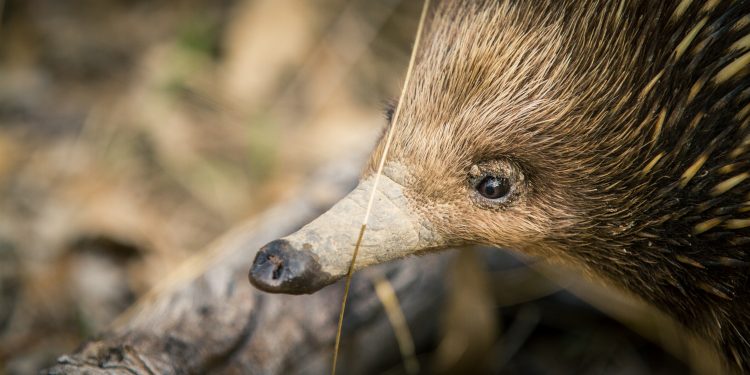 J.P. Harpignies is a long-time Brooklyn resident and has been working with Bioneers since 1990. He served as the associate editor of several Bioneers titles, including Ecological Medicine and Nature’s Operating Instructions, and has spoken at a number of Bioneers National Conferences throughout the years. J.P was previously the director at the New York Open Center and founder of the Eco-Metropolis conference.

In Animal Encounters (Cool Grove Press, 2014), J.P. Harpignies illustrates how much contact we have with non-human animals, both domesticated and wild, even as largely urban citizens of the 21st Century. The book describes Harpignies’s personal run-ins with animals in the wild, and how these encounters have helped to shape him, over the decades.

The excerpt that follows recounts two incidents with porcupines in upstate New York. 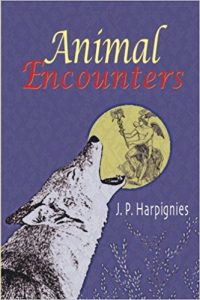 I’ve seen just a few porcupines in my life, in the woods in upstate New York, and, for obvious reasons I gave them a wide berth. I’ve also seen a half dozen or more dead ones that had been run over by cars, and I knew at one time a family of Chinese artists who lived in Woodstock who on a couple of occasions removed the quills from road-killed porcupines they found to use in calligraphy and artwork. The parents, both from rural China, had apparently been taught how to do this in their homeland. But on two occasions, one humiliating and one heartbreaking, I had more charged encounters with porcupines.

The first was during a canoe and camping trip on Long Lake in the Adirondacks region of New York. There were four of us on the expedition, and that day we were a bit disorganized and had gotten a late start. Night was falling, and it had taken us a while to find a suitable place to come ashore and put up our tents in that very densely forested area, so we were fumbling with our gear with almost no light, as we hadn’t yet started a fire. Suddenly an animal was right among us, making very aggressive sounds. Of course, our first thought was that it was a bear and we panicked and jumped back and reached for our flashlights, and it turned out, to our relief (at least initially), to be a porcupine. We figured multiple flashlights in its face and four much bigger mammals yelling at it would drive it away. No such luck. At first it just stared us down and growled and hissed. When we made shooing sounds and movements, it charged toward whomever had made a threatening gesture, and we would leap away trying to get up higher on any rocks or logs we could find. This lasted a good ten minutes. It eventually left, ambling away slowly, taking its own sweet time, and, after a while, we chuckled about it, but it’s a bit hard to savor the feeling of proudly returning to the wild woods like one’s primal, archaic ancestors, when you’ve been intimidated and basically chased up a tree by a rodent.

The other incident dramatically changed my feelings about porcupines. During a roughly twenty-year period during which I spent parts of every summer in the Catskills, I spent a lot of time in probably my favorite place on Earth, a steep, heavily forested canyon (as they’re called in that region, a “clove”—probably a derivation of an old Dutch term for a cleft in the mountains), carved out over the millennia by a marvelously gushing stream with a great variety of waterfalls and swimming holes. I still go there a few times a year on a pilgrimage of sorts. The first few years after I discovered the place, I almost never ran into any other humans up there. One had to trespass a bit and discreetly cross some private property to get into the state land, and other than a few local kids who occasionally went swimming in one of the first few deep and wide pools or the very rare fly fisherman, it was virtually unvisited. I had heard that some of the local old-timers feared the place because every once in a while someone died, slipping off one of the steep rocky slopes, and because there were old stories about copperheads living up there. I went to that canyon a lot and explored, swam, and meditated under waterfalls, etc., and fell in love with the place, more than I have with any other spot on Earth.

Unfortunately, some sociopathic locals used the canyon as a dump of sorts. They would, at night, drive their pick-up trucks filled with garbage up the very steep road that wound up one side of the “clove” and dump their trash over the edge of the cliffs so they wouldn’t have to pay dump fees. People even sent cars over the edge to claim insurance money saying their vehicle was stolen or just to get rid of old cars. Some of the trash would, over time, despite the dense tree cover, drift down to the bottom of the clove, so, in this very wild and stunningly beautiful, almost Edenic wilderness, one of the most rugged parts of the East Coast, one would occasionally run across tires or even the occasional old refrigerator or washing machine, not to mention various bits of household garbage. And, over the years, sadly for me, the area got “discovered” and it became much more popular and some campsites got pretty badly trashed. I had developed a proprietary or at least a caretaker’s mindset about the place, so I, along with a few other people, organized some efforts to clean out the worst trash, to appeal to visitors to be conscious, and to pressure the state’s Department of Environmental Conservation to monitor it a little bit. Today the situation has improved somewhat, and it’s still a stunning place where one can find real solitude at certain times of the year, but, like so much of the natural world, it’s at risk.

But I have digressed: back to porcupines. In those early years of going into the clove, I had seen porcupines back up in the canyon a couple of times. I had also begun jogging up (and then back down) the aforementioned steep road at sunset every other day or so. These were the years of my prime fitness. That road is probably among the steepest in the Northeast, though only for some 2 miles, and I ran it slowly. Still, I can’t imagine doing that now. One reason I had begun running up the road, besides the challenge and the spectacular views it afforded, was that at that point I was obsessed with protecting this canyon, and I was hoping that I might catch someone dumping garbage and get their license plate number. I knew the two or three preferred spots to dump. I never did catch anyone, but one evening, as I was approaching the biggest bend in the road about halfway up the incline, the one that afforded the most sweeping view of the surrounding mountains and the Hudson River Valley below, and that also happened to be a prime trash-dumping site, I saw the mangled body of a porcupine in the middle of the road; it had obviously been hit by a car. Then I saw another porcupine by the side of the road, very agitated, pacing back and forth and in circles, making noises that sounded to me to be the equivalent of human wailing. I assumed it was the dead porcupine’s mate, and I was deeply saddened and moved. The mourning porcupine was still there when I came back down the road a half hour or so later. Two evenings later I ran up the road again, and to my astonishment the porcupine was still nearby, this time part of the way up a tree near the side of the road, continuing its display of grief. It had stayed near the body of its mate for 48 hours at least. The tenacity and intensity of its emotions were gut wrenching. No one who witnessed what I did could ever believe, as Descartes did, that animals are mere machines. The older I get the less I understand, but one thing I know unequivocally is that porcupines mourn their dead.

This excerpt has been reprinted with permission from Animal Encounters by J.P. Harpignies, published by Cool Grove Press, 2014.