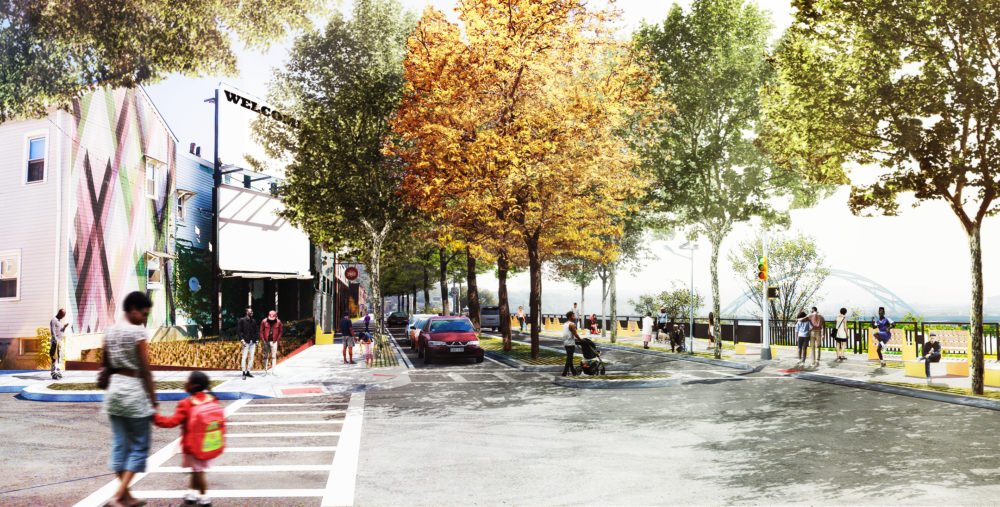 At Biophilic Cities we are nurturing a growing network of partner cities that are working collectively to pursue the vision of a natureful city within their unique and diverse environments and cultures. Applying E.O. Wilson’s biophilia hypothesis to the scale of planning and designing cities, biophilic cities recognize that humans have co-evolved with nature and require a daily connection to nature for our overall health and happiness. This is a vision that embraces the understanding that humans are not separate and apart from natural living systems. The world has entered into what has been termed the “urban century” as increasing global populations congregate in cities. While this growth presents obvious challenges, it also presents an opportunity to provide meaningful access to nature for populations that traditionally have had the least access to nature and where such access can have an exponential positive impact on health, well-being and quality of life.

There is no single model for a natureful, biophilic city. The Biophilic Cities Network is a diverse set of partner cities that draw solutions from their varied experiences, cultures and landscapes. The vision of Phoenix, Arizona as an arid city rich in nature is one that embraces its native, xeric landscape. This vision is very different from that of Singapore, a “city in a garden”, that is lush in green vegetation.

In Curridabat, Costa Rica, the city is transforming itself into “Ciudad Dulce” (Sweet City) by cultivating pollinator habitat across the urban landscape. This initiative, under the leadership of Mayor Edgar Mora and with the support of broad public and private partners, has received international recognition. It embraces the health benefits that result with the creation of nature-based infrastructure. In particular, the initiative aims to create new opportunities for access to nature in economically marginalized communities and to engage these communities in the co-design of public “sweetness spaces”.

In Wellington, New Zealand, a coalition of partners that includes local government is undertaking an ambitious effort to increase the biodiversity of native song birds across the city through a campaign entitled Predator Free Wellington. Through the control of invasive predators, the effort seeks to reclaim the city’s pre-human biodiverse origins. Two decades ago, a 500-plus acre predator free sanctuary on the outskirts of the city called Zealandia was established with dramatic resulting increases in native biodiversity. From this early success story, communities across the city have embraced new found opportunities to experience seemingly lost biodiversity and the result is an unprecedented level of civic ecoliterarcy and engagement in conservation efforts.

In Pittsburgh, the city has established an EcoInnovation District, the first of its kind, which seeks to invigorate underutilized commercial districts by planning and designing a neighborhood that is rich in opportunities to access nature. Biophilic include the reuse of vacant lots, improved access to fresh food through community gardens, and the planting of new trees and green infrastructure to capture stormwater and reduce the heat island effect. The project was recognized by C40 Cities in its report Cities100 for creating local solutions for climate change. The EcoInnovation District is one project among many that the city is pursuing to address the impact of its industrial history.

This is a small sample of how our partner cities are designing and implementing initiatives that bring nature into their cities as a source of healing and source of inspiration. Important lessons are learned and shared as the partner cities convey their experiences and collaborate in an effort to broaden the scope of how and where human-nature initiatives are implemented.

The Strength of the Network

There is tremendous value in the Biophilic Cities Network as a central organizing structure to address complex societal challenges. A resilient network includes engaged, yet dispersed connections across organizations and individuals pursuing solutions through a diversity of ideas and approaches. The result is the ability to tackle complex challenges that do not fit neatly into a single subject category and require multidisciplinary solutions.

Planning and designing cities with abundant opportunities for human-nature interactions is more complex than it might appear. For example, how to do we create wonderful parks and trails in communities that lack these amenities, and would benefit the most from their creation, without raising property values and driving existing community members away? How do we create greenspaces that are open to the public but not fully occupied by growing populations in need of places to live? These are complex problems impacting cities that require addressing fundamental societal concepts like public access, sustainable economic development and affordable housing. These challenges require drawing ideas from varied expertise and experiences.

Building the Scholarship Behind Biophilic Cities

Located within the University of Virginia, Biophilic Cities brings a multidisciplinary approach to facilitating the network’s collaboration and developing the scholarship underlying the vision of biophilic cities. This includes engagement with organizational partners whose work, in areas such as public health, community resiliency and sustainability, is complemented by applying a lens of biophilia.

Our scholarship includes an investigation of forward thinking legal codes and mechanisms that exemplify successful, innovative legal tools and policies adopted by global cities to promote abundant and accessible nature. These Biophilic Codes are varied in their focus and approach but from which we draw consistent themes; themes that can be applied more broadly.

For example, in San Francisco, a homeowner concerned with stormwater flooding in her basement, as a result of run-off from paved surfaces, petitioned the city to convert some of the double-wide sidewalk outside her home into a vegetated landscape and natural stormwater buffer. The city granted the request and the result was a successful pilot project. The petition became the foundation for a sidewalk landscaping permit program administered by the city through which residents can apply to similarly convert paved areas into biophilic features that augment the street landscape and control and treat urban stormwater.

Washington, DC has adopted landscape and design standards for new development with the goal of increasing new green infrastructure to improve air quality, reduce the heat island effect, and to control urban stormwater flows contributing pollution to its rivers and ultimately the Chesapeake Bay. Along with these standards, the city adopted a stormwater rule requiring new development to capture a majority of stormwater onsite through the use of nature-based tools like green roofs, rain gardens, constructed wetlands and improved tree canopies. To provide an incentive to exceed the minimum requirement of capturing 50% of stormwater onsite, the city created a Stormwater Retention Credit trading system, which allows landowners that exceed requirements to capture the value of the biophilic benefits by trading the exceedance as a credit to other landowners that are struggling to meet requirements. In this manner, the city is promoting a market that incentivizes nature-based solutions and increases the abundance of nature across the city’s landscape.

These legal mechanisms illustrate a flexible, adaptable approach. One that permits the planning and design of cities to evolve over time to embrace ecological solutions, which have utilitarian merit but also bring wonder to cities through the introduction of new nature-based amenities.

Another area of scholarship is the development of a growing library of biophilic indicators to help cities assess their progress towards their biophilic aspirations. The indicators are varied in focus and attempt to measure elements that are at the center of what it means to be a biophilic city. As a requisite of joining the Biophilic Cities Network as a partner city, we ask cities to develop a set of indicators that can be assessed and evaluated over time. Partner cities are asked to consider indicators in several broad categories that include the condition and abundance of nature in the city, the engagement of the city’s residents with nature, the pursuit of biophilic policies and governance, and human health/well-being indicators. In adherence to this network requirement, the partner cities are tracking an array of different parameters. Currently diverse, tracked indicators include progress toward overcoming inequitable or unfair distributions of urban nature, wildlife passage creation to enhance or restore connectivity, extent of biodiversity found within the city, and productive reuse of vacant land.

The vision of biophilic cities represents a hopeful future for cities as places where the growing populations that call cities home have the opportunity to connect with and explore nature in the communities where they live and work on an everyday basis. We are mindful of the incredible challenges to this optimistic mindset, including the urgent need for solutions that address climate change and the expanding inequities for life’s most basic needs. We believe that access to nature is one such basic need because of the myriad of positive benefits that result. In natureful cities, we see the opportunity to create places where all residents have housing on streets with abundant access to healthy food and lifestyles, where children are safe and free to learn in the world around them, and where diverse economic opportunities exist that give back more than they take. This is an optimistic vision that we are pursuing at Biophilic Cities that we hope can be shared and can inspire.