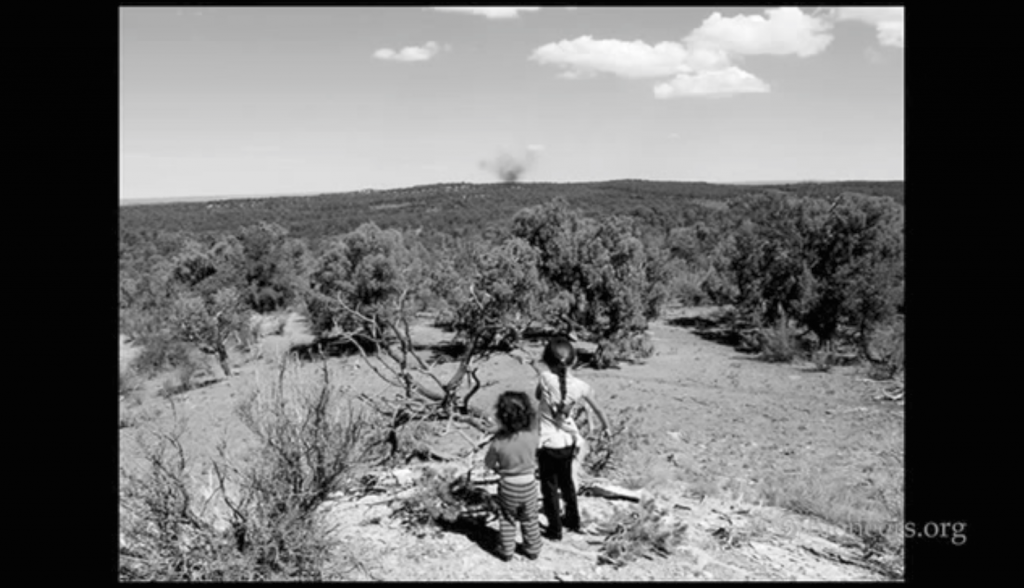 Fifteen years ago, Billy Parish dropped out of Yale. Since that time, he’s co-founded a nonprofit environmental justice organization, assisted in drafting a proposal to create 5 million new green jobs in the U.S., co-written a book about “finding meaning, money, and community in a changing world,” and co-founded Mosaic. Mosaic is, as The Atlantic writes, “A no-money-down, low-cost loan to put solar panels on your roof, and once you pay off that debt, you’ll get essentially free electricity as long as you own your home.”

Parish stands out as a thought leader within the Bioneers community for his solutions-focused approach to conversations surrounding global climate change. He insists that the clean energy revolution should be—can be—in the hands of the people. What’s missing today are the necessary financial channels to support renewable-energy infrastructure. Parish and Mosaic are working to fill that void. As Parish says, “We believe that the more people who are participating in and benefiting from the transition to clean energy, the faster that transition will occur.”

Billy Parish gave an inspirational presentation at the Bioneers Conference in 2013. Since his presentation, Mosaic Solar has only continued to succeed and is now the largest lender for residential solar in the country, responsible for originating over $1 billion in solar loans to date. The company has shifted away from the crowd-investing model in recent years as institutional investors have become increasingly open to solar energy financing projects. Following is Billy Parish’s presentation, both as a video and a transcription.

Energy is the invisible cornerstone of our modern lives. It’s so easy to take it for granted. We all used energy to fly or drive to this event. We plugged our phones into an outlet last night and woke up this morning with a full charge. We wear clothes, we eat food, we buy products that were produced using energy all around the world, shipping thousands of miles for our use, with rarely a thought to the energy that made it all possible.

I heard recently that the average American thinks about their energy use just six minutes a year. I’ve been thinking about energy for a long time. Ten years ago I dropped out of college to form the Energy Action Coalition, and grew it into the largest youth organization in the world working on clean energy solutions—300,000 young people working to make our schools and our communities models of the clean energy future we all wanted to see. But it was only when I fell in love that I really began to understand how our energy system works.

Wahleah Johns, my wife, is from Black Mesa on the northern edge of the Navajo nation. It’s home to one of the largest coal strip mines in North America. Peabody Coal Company, for over 40 years, has been mining coal there to power the neon lights of Las Vegas, the air conditioning units of Phoenix, the homes in Los Angeles. The Navajo nation has no ownership stake in this mine. There’s over 50 percent unemployment on Black Mesa.

Excessive water use from the mine has permanently damaged the once pristine aquifer that is the only source of drinking water in the region. The families live beneath these massive power lines, but most of them don’t have running water or electricity.

Wahleah and I are building a home up on Black Mesa, just over the hill from the mine, and it is beautiful land. There’s piñon and juniper and ponderosa forests, wild horses, the occasional mountain lion. This is a picture she took of our daughters playing in the forest up there. You can see on the horizon smoke and coal dust from an explosion, TNT, at the mine.

Kahlil Gibran said our work is love made visible.

In 2011, two professors—Mark Jacobson of Stanford and Mark Delucchi of UC Davis—asked the question, can we power the entire world with wind, water, and the sun? And like others who’ve conducted similar analyses, they came to the conclusion that there are no technological or economic barriers to converting the entire world to clean energy. What we lack, they said, are political and societal will.

We’re going to need to build 3.8 million wind turbines, 90,000 large solar plants, and our rooftops are going to have to shine because we’ll need 1.7 billion rooftop solar arrays. In Jacobson and Delucci’s model, we’re getting 50 percent of our energy from wind, 34 percent from large solar farms, 6 percent from rooftop solar, and the rest from tidal wave, geothermal, and hydro. And the total investment required to achieve this vision is $100 trillion.

It’s hard to wrap your mind around a number that big, isn’t it? Put simply, building a new, clean energy infrastructure is one of the biggest business and job creation opportunities on the planet. It will also save millions of lives and put a dent in climate change, allowing our children to inherit a world safer and more prosperous than the one we were born into.

But we have a long way to go.

Last year, Exxon Mobile made $122 million in profits per day. The fossil fuel energy regime has every incentive to block the transition to clean energy, and they’ve spent hundreds of millions of dollars doing just that. The $52 million that Exxon spent lobbying in the first three years of the Obama administration is just half a day’s profit for them.

And Exxon is far from being the world’s largest energy company. In fact, the 13 largest energy companies are all owned by national governments. So, if you think we have a problem with the separation of oil and state in this country, imagine what it’s like fighting fossil fuels in Russia, home to Gazprom, the world’s largest producer of natural gas.

Our fossil fuel energy regime is arguably the largest, most centralized, and most profitable industry in the history of the world. Fortunately, we are at the dawn of a new era.

When I was born, solar panels were so rare and expensive, you probably had to come to Marin to see one. Maybe if you’re lucky, you visit the White House for a couple years when Jimmy Carter lived there. But the cost per watt of solar panels has come down from $75 a watt in the mid-70s to below 50 cents a watt today.

The cost of producing wind turbines has fallen similarly during the same period. And as we’ve burned the most readily available fossil fuel reserves, the cost of fossil fuels has continued to rise.

The price of coal has gone up over the last couple of decades. The price of oil has gone on a dramatic upward run. And even accounting for the increase in supply from fracking in the US, the cost of natural gas has more than doubled in the past decade, and the Energy Information Administration projects steady price increases over the next 30 years.

So, the overall trend is clear. Our energy world is turning upside down.

And something explosive happens when those lines cross. We go from a world where coal and carbon are seen as necessary evils to a world where they’re seen as just plain evil. All around the world, it’s becoming cheaper for people to power their lives with clean energy than with dirty energy, and the change is happening faster than any analysts predicted.

Our energy and our finance systems run in tandem. They actually grew up together. So, a bank is happy to cut a developer a sweet deal for a $500 million natural gas plant, but come to that same bank trying to get $100,000 loan for a rooftop solar plant, and you’ll probably be out of luck.

If we want to see community-owned clean energy, we actually need to design a new kind of financial system as well. Something that might look more like an ecosystem. Imagine how profound this change would be.

Imagine entrepreneurs having access to the capital they need to make their communities energy independent. Imagine people everywhere earning a better rate of return on their investment in the solar panels on their roof than on the stock market. Imagine farmers with cattle and crops beneath community-owned windmills. Imagine those $122 million in profits per day flowing to homes and business instead of to Exxon. Imagine the coalfields of Black Mesa converted into solar fields, built and owned by the Navajo people.

Instead of being on the receiving end of power, we will be generating power. This is not a pie-in-the-sky vision. It’s happening in one of the strongest economies in the world. Germany gets about as much sunlight as Alaska, and yet last summer, for one day, they got over half of their energy from the sun. And you know who owns that clean energy? The people. Only 6.5 percent is owned by big utilities. Imagine how that changes the politics on energy in that country.

My company, Mosaic, is the first online investment platform in the country for clean energy projects. People can go directly, invest in clean energy, and earn competitive rates of return. The minimum investment? $25. And the process is simple. You go to joinmosaic.com, create an account in minutes, browse projects, and choose the ones you want to invest in. Your projects sell the electricity that they generate, typically to a utility like PG&E, and you get paid back with interest based on the sale of that electricity. [Note: Since this talk, Mosaic has shifted away from the crowd-investing model in recent years as institutional investors have become increasingly open to solar energy financing projects.]

It has not been an easy business model to get off the ground, as you might imagine. Over two years working with state and federal regulators, we finally got approval to offer our investments to the public. And in January, we offered our first investments; over $400,000 worth of projects, 4.5 percent expected annual rate of return, and in less than 24 hours, they were all sold out.

We did an infographic of one of the biggest projects we’ve financed on the platform to date. We had almost 1,000 investors from 400 cities around the country, investing $1.3 million to finance this solar project in New Jersey. They earn 4.5 percent.

We surveyed our investors recently, and interestingly, more than the yield, more than the climate and social impacts, it was the tangibility and transparency of the investment that they appreciated most. As opposed to most of the investment opportunities out there, this is an investment that you can see and touch and feel. You can go visit it if you want to. You can download the prospectus. We show as much information as we possibly can about the project, so you really know what your money is going toward.

We, so far, have over 2500 investors from 44 states, 40,000 registered users. We’ve made $6 million in loans to 20 projects, zero defaults to date, 100 percent on-time payments. Our mission is to build the number one investment platform for the clean energy economy.

We can tap into the largest pot of capital in the world—people’s money—to bring a new source of capital to finance clean energy projects. By doing that, we can also bring the overall cost of capital to the industry down, and build that political and societal will we need to pass the policies required to transition to 100 percent clean energy. In this generation, we can build a world powered by wind, water, and the sun. But we can only do it if we all take power into our own hands. Are you in, Bioneers?