Panel Discussion – Come To Life: Inspiring the Regenerative Movement Through Arts and Activism

Co-sponsored by the Guayaki Yerba Mate‘s “Come To Life” initiative.

Every great movement starts with the individual, expands into communities, and then blossoms into the collective. As Ghandi once said “Be The Change” you want to see in the world. At Guayaki our mantra is “Come To Life.” In the spirit of that vitality we’ve gathered a diverse and dynamic group of creative individuals who have birthed their own movements across genres, gender, and ethnicities. In this digital round table discussion, we explore the unique backgrounds of some of music’s most inspiring innovators while they share their visions for a brighter world, and the pragmatic and passionate steps we can take to make those visions a reality.

This discussion took place at the 2020 Bioneers Conference. Watch more panels, keynote addresses, and performances from the conference.

Alfred Howard, a prolific spoken-word artist, writer, and co-founder of The Redwoods Music, a San Diego record label and collective, currently pens lyrics for 8 bands and performs homemade percussion with six. In his early 20s he caravanned with musicians all across the county before finally setting roots in San Diego, where he has become a leading figure in that city’s musical community. He is the author of 2 books, including The Autobiography of No One; writes articles for several leading San Diego newspapers and magazines; and has written lyrics for over 30 released albums.

Raury (i.e. Raury Deshawn Tullis) is a 24-year old American singer-songwriter and rapper from Atlanta, Georgia, known for his eclectic, innovative, experimental sound that mixes soul, hip hop and folk influences. His debut mixtape Indigo Child in 2014, put him on the global musical map, and a number of his songs have appeared in the soundtracks of major movies and TV shows and he has collaborated with many major stars, including Lorde and Macklemore. His albums include All We Need and Fervent.

Leah Song, leader/front-woman of the renowned band, Rising Appalachia, as well as a solo artist, is a singer, multi instrumentalist (fiddle, banjo, guitar), and a musical pioneer across genres and mediums who has had great success and impact in the worlds of folk and roots music, including as founder of the “slow music movement.” She and Rising Appalachia are also committed to and widely respected for deeply integrating activism on such topics as the environment, food justice, human rights and prison reform in their lives and work.

Dustin Thomas, an artist, consultant, and creative strategist based in Venice Beach, Los Angeles, has performed hundreds of shows around the world, and, in his consulting work, has advised campaigns and offered creative direction to brands, funds, and executives with an emphasis on environmental stewardship, cultural celebration, and social justice.

Luke Wallace is a Canadian folk-singer known for his politically charged lyrics and his deep engagement in current social movements, including performing at youth climate and other demonstrations. His message-driven songwriting and powerful delivery have landed him slots at Salmon Arm Roots and Blues, Vancouver Island Music Festival, The Vancouver Folk Festival and an opening slot for the global roots band Rising Appalachia. His 5th, most recent album, released in 2020, is What on Earth. 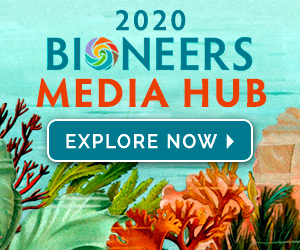