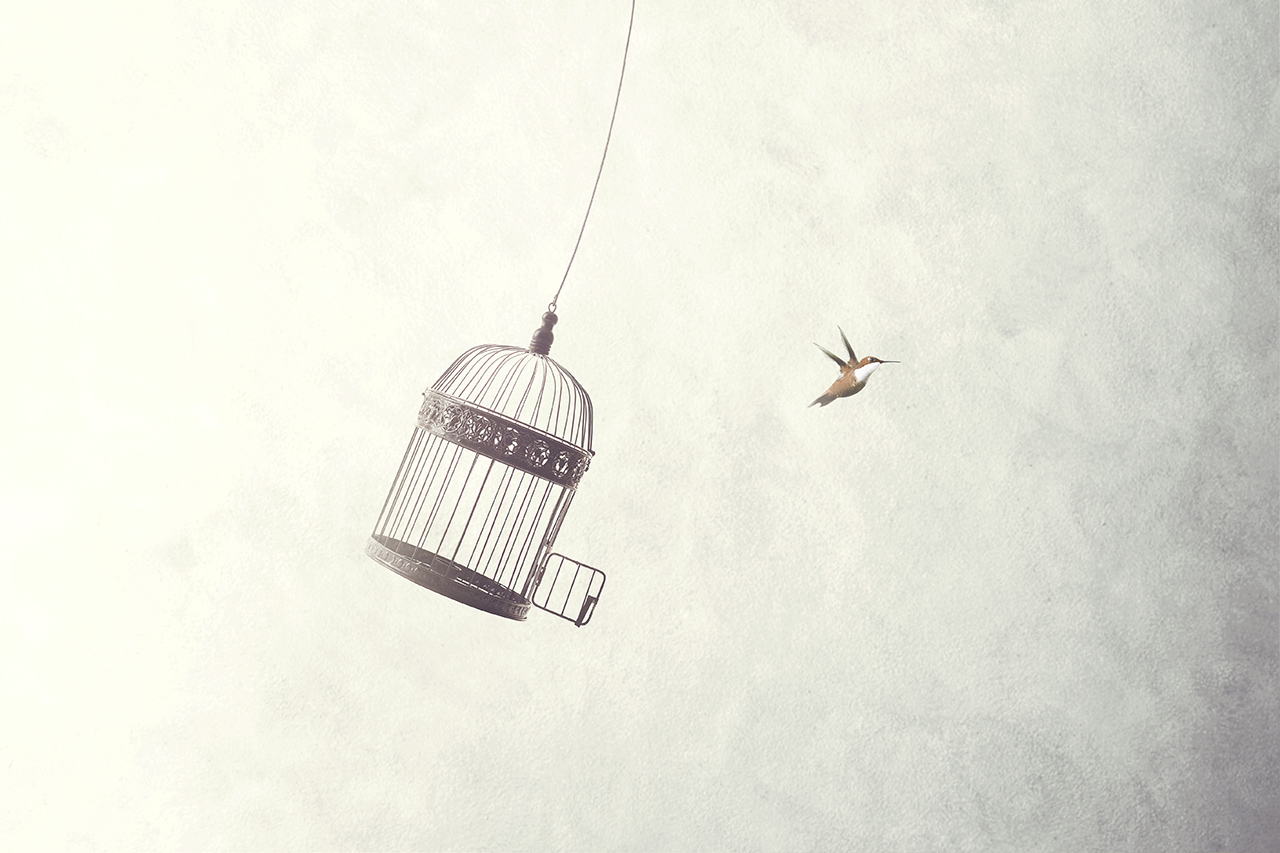 This piece was originally published by Carl Safina on Medium. Safina is an ecologist and award-winning author whose work revolves around humanity’s relationship with the natural world. Read more from Carl Safina here.

The current coronavirus event — this most globally disruptive pandemic of our lives — is only the latest warning. Luckily, most people who get infected will recover. But we cannot afford to hit the snooze button again. There are good reasons to think that if we get comfortable, something aggressively deadly may, next time around, cause unimagined lethal chaos.

It’s not entirely clear how exactly this virus got into humans. Horseshoe bats harbor a similar type of coronavirus virus that cannot infect humans. Getting from the bats to humans seems to have required an intermediary creature, possibly civets or the strange little scaly mammals called pangolins. But that’s not the point.

The point is: bats, civets, pangolins, and humans have never before been all tangled up. They are now. Humans bring them into wildlife markets where they are killed for table fare and prescribed in baseless medicinal uses. As you know, COVID-19 appears to have originated at a live-animal market in Wuhan, China. There, a newly self-reinvented version of coronavirus stumbled upon a novel way of infecting dozens of workers, in effect striking the match that ignited the current world-rocker. In other words, driving forces of this pandemic include our broken relationship with the rest of the living world.

Humans caused the pandemic by putting the world’s animals into a cruel blender and drinking that smoothie. Playing with fire. COVID-19 underscores, in a very threatening way, the extreme ways the world is hyper-connected, yet so out of touch. Out of touch because this has happened before. Various times. We’ve had various other wake-up calls, and hit snooze.

The coronavirus that causes SARS is thought to have spread from bats to civet cats before the first human patient was infected in 2003. Sounds familiar. Before that, coronaviruses were known to cause, in humans, only the common cold. SARS was the first coronavirus to cause severe symptoms in humans. The kill rate of this coronavirus was around ten percent of people infected. There’s no treatment. After appearing in southern China in 2002, spreading to 26 countries, and killing several hundred people, it mysteriously seems to have gone away. Except — SARS-CoV-2, alias COVID-19 when it infects people, the current pandemic. It has a current kill rate around (a luckily low) two percent. Most lethal of the known coronaviruses is the strain that causes MERS, which seems to have made a hop from bats to camels and then to humans before breaking out in Saudi Arabia in 2012 and South Korea in 2015, with kill rates between 30 and 40 percent. No treatment. No vaccine.

“So the fact that a new SARS-like virus has emerged to cause severe respiratory disease in people,” says University of North Carolina epidemiologist Timothy Sheahan about COVID-19, “tells me this is likely going to happen again in the future.”

Let’s take a quick, horrifying, but partial look at how capturing and killing free-living species has turned lethal for humans as well. An analysis by researchers in the U.K. determined that six out of ten of all infectious diseases affecting people are zoonotic, meaning they can be transmitted between humans and other animals. Of emerging infectious diseases, three out of four are zoonotic. The following examples are only a few of the virus-caused diseases.

Ebola. Several strains exist. Some are benign, others cause hemorrhagic fever; high fevers and bleeding throughout the body, often leading to shock, organ failure and death. Kill rates of the deadly strains have varied from half to ninety percent of victims. The U.S. Centers for Disease control say, they believe that “the virus is animal-borne, with bats or nonhuman primates (chimpanzees, apes, monkeys, etc.) being the most likely source.” Marburg virus also got into humans from captured monkeys. Different Marburg hemorrhagic outbreaks have had a kill rate of 25 to 80 percent. Human Immunodeficiency virus — HIV, which was essentially unknown when I was young — causes the disease AIDS that has killed more than 30 million people and infects many millions more who suffer untold, anonymous misery (it can now be managed with drugs, but not everyone can get or afford them).

Hunting and eating sooty mangabey monkeys and chimpanzees is, “the simplest and most plausible explanation for the cross-species transmission of SIVs to become HIVs.” SIV stands for simian immunodeficiency viruses (though they don’t usually make the monkeys and apes sick). SIV virus strains are closely related to the viruses which, in humans, are called HIV and cause the disease AIDS. In parts of Africa where eating monkeys and apes is common, humans carry SIV infections at rates ranging from two percent of the general population to over 17 percent of people who butcher and handle fresh primate meat.

Those people, one might say, are test tubes for viruses experimenting with a new and potentially very rewarding host: all of humanity.

The 2009 H1N1 “swine flu” pandemic killed hundreds of thousands of people worldwide, most of them younger than 65 years old. It’s kill rate was one one-hundredth the rate of COVID-19’s. To give you some idea of how complicated and strange viruses are, the 2009 H1N1 virus contained genes from North American swine flu viruses, Asian and European swine flu viruses, North American bird flu viruses, and one gene segment originated from a human flu virus. Bird flu in humans, by the way, has several versions. The H7N9 version, from poultry, first sickened humans in 2013. Its kill rate of 20 percent prompted the World Health Organization to call it “an unusually dangerous virus for humans… one of the most lethal.”

What did we do differently in the wake of these wakes? Mostly we went back to dreaming, assuming that the next pandemic would go away, would be mild.

Virologist Arnaud Fontanet, of France’s Pasteur Institute says that coronavirus is just the latest example of the potentially disastrous consequence of humans consuming virus-carrying wild animals. Francois Renaud, at France’s National Centre for Scientific Research said, “Each time, we try to put out the fire, and once it’s out we await the next one.”

I would prefer that humans find themselves capable of something a little more insightful. Wildlife markets are both horrendous and extensive. Many of the animals have been born in captivity and have known only miserable conditions. Nearly 20,000 farms raise wild animals for slaughter in China. It’s unclear whether making them illegal would make them disappear. The hundreds of thousands of pangolins are all wild-born and their import and sale has been illegal for several years. That doesn’t seem to have made a dent in demand or the rate of their precipitous declines. China has announced a temporary ban and Vietnam has announced closure of wildlife markets. Given the extent, the demand, and the money, will it stop or just go underground? And industrial farming runs constant risk at high volume while creating miserable lives for animals.

What’s needed to reduce the frequency of new diseases adapting to humans from wildlife, farmed wild animals, and farmed domesticated animals is, basically, to stop farming and eating them. That won’t happen any time soon, even as meat-mimicking substitutes gain market share.

Fortunately these diseases seem to sweep through in waves, and many subside. Sometimes “herd immunity” kicks in; when enough people have survived infection and become resistant, the pathogens have fewer opportunities to find new victims. Some of those strains that have gotten out of control have had high rates of infection but low rates of fatality. Others were aggressively brought under control. That’s as luck would have it. But we don’t do enough to change, and we like our snoozing. I wonder what will happen when luck gets bored.

This piece was originally published by Carl Safina on Medium.