Being Here Is Enough: Carl Safina on Animal Cognition and a Deserved Existence 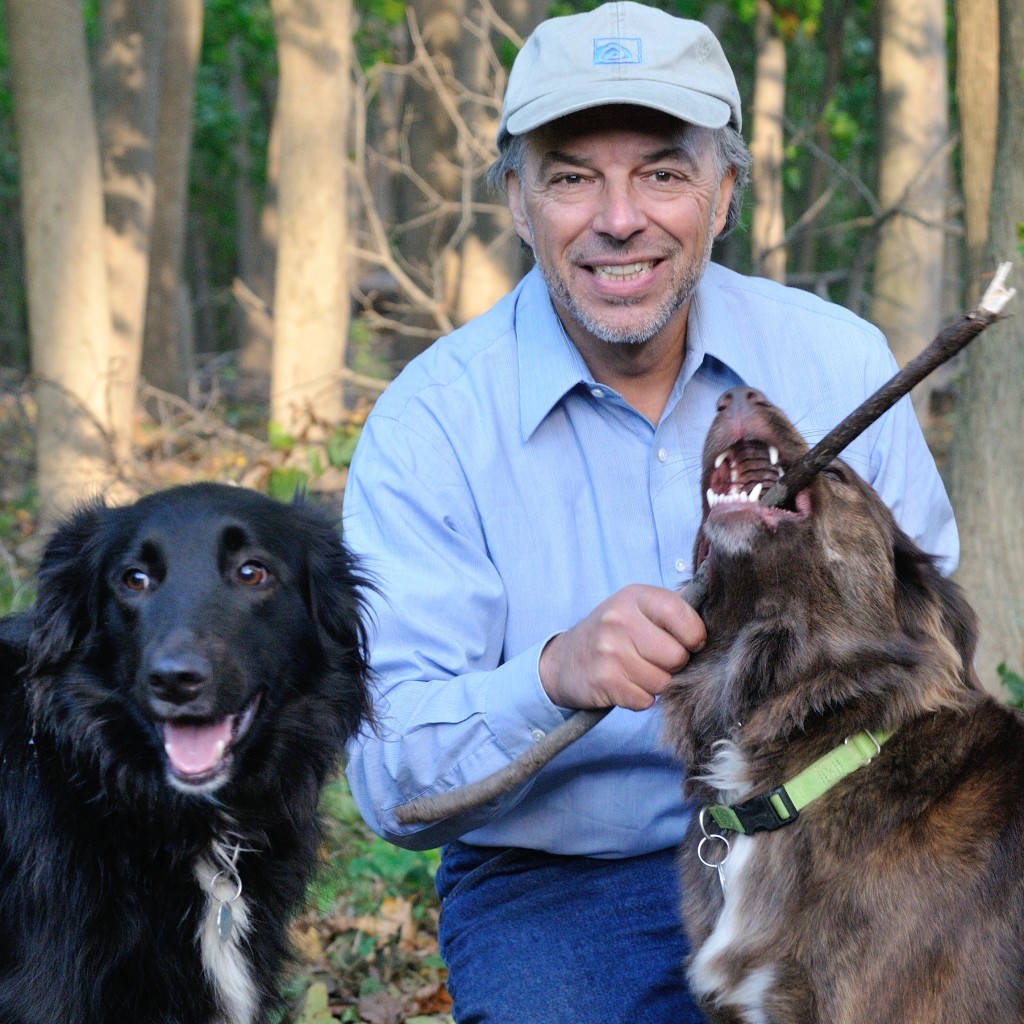 Carl Safina, esteemed ecologist and author, has—through his writing and speaking—brought the wonders of the natural world into our lives and homes. A long-time voice and advocate for ocean preservation, Safina’s most recent published work, Beyond Words: What Animals Think and Feel (read an excerpt from the book), sheds light upon animal cognition and what researchers can discern about animal feelings. Bioneers spoke with Safina about intelligence in nature, his next project, and hope.

Bioneers: You write about animal feelings and intelligence in nature, along with our perhaps flawed insistence—as humans—upon using ourselves as a measuring stick by which to determine these qualities among other life. Some would argue that, even if other living beings think and feel, humans are more deserving of a dignified existence because of their seemingly superior abilities. What do you think about that?

Carl Safina: It’s always a losing proposition to insist that you are better than all others. This is what racism is about. Attitudes of human “supremacy” toward the whole living world have similar results to human racism toward humans: It causes suffering, and it causes death. It makes us uglier, and it makes the world uglier. It despises much that is beautiful, while missing much that is beautiful. Other forms of life are part of why we are here. Their claim in the world is generally equivalent to ours: They are here; that’s usually enough. I would except things like smallpox on the basis of the widespread pain and suffering that organism causes. We “deserve” to be here not because we are a boon to other living things (we are mostly a highly destructive force) and not because we are good stewards (we are the only species that causes global problems, and we have not demonstrated an ability to fix the problems we cause). We deserve to be here as a species because we are here, and that’s enough. Same with every species. As individuals we are deemed to have rights unless we cause grave harm; then we might be imprisoned, even executed. If we applied that to all species, our species would draw a life sentence because we are destroying ecosystems, destabilizing the planet’s heat balance and the ocean’s chemistry, and driving the sixth major extinction. Human activities now tend to be incompatible with life on planet Earth, with so many of us affecting so much in so many places.

B: Can you remember an experience in your life that sparked your interest in animal cognition?

CS: Here’s one of many: I was seven years old when my father and I fixed up a small shed in our Brooklyn yard and got some homing pigeons. Watching how they built nests in their cubbyholes, seeing them courting, arguing, caring for their babies, flying off and faithfully returning, how they needed food, water, a home, and one another, I realized that they lived in their apartments just as we lived in ours. Just like us, but in a different way. Over my lifetime, living with, studying, and working with many other animals in their world and ours has only broadened and deepened—and reaffirmed—my impression of our shared life.

B: Is it possible to prove that animals have feels or empathize?

CS: All the evidence shows that many animals empathize and many—including at least all vertebrates and cephalopods—have conscious experience, in other words, feel. The oldest form of empathy is contagious fear. It coordinates fleeing in bird flocks and fish schools. And the stock market. On top of that, research shows some animals capable of sympathy (caring) and compassion (being motivated to help).

CS: Most people have no idea where water comes into the house from or where it goes when we flush it. Agriculture would be best as small, local, and seasonal, and with the opportunity to see farmed animals living and being killed. When I was a child, there were live poultry markets where you pointed to a chicken or turkey in a crowded cage and a butcher killed it right there and then for you. Then you have some idea of what eating it entails, and your choices are informed choices.

B: In your career, you’ve researched and written about the natural world from the perspective of many locales, but you’ve particularly focused on oceans and marine life. What is it about oceans that draw you interest? What is it about them that you think is particularly important to share with your audience?

CS: I’ve focused on oceans for two reasons: I lived on Long Island, where the land was mostly occupied and built on, but wildness started at the shore, and so the coast and ocean drew me deeply in. And because humans do not live in and build on the ocean, so I saw a greater chance for restoring living abundance. But I am interested in everything about life, and certainly I am very interested and concerned about wildlife ashore and inland.

B: Given the rate at which humans are negatively impacting the natural world, do you remain hopeful that we can change? If so, where does that hope come from?

CS: Humans are too much of a good thing. But when I was young, pesticides had essentially wiped out three of the most spectacular birds in the U.S.: peregrine falcons, ospreys, and bald eagles. They are now incomparably more abundant. This morning while walking our dogs on the beach, my wife and I saw five ospreys. Fish are now recovering in U.S. waters. We are the first generation in 500 years to be able to say there are more fish in our home waters now than when I was a kid. And only a small handful of people really made each of these things happen. Hope comes from the inspiring beauty of the living world and the planet we’re on in the galaxy we’re in. And from the fact that causes that seemed lost actually were won by a few dedicated, persistent people who succeeded in turning dire situations around. It has happened some. So it can happen more.

B: What are you working on now?

CS: I am working on a book about social learning in non-humans. What do many animals need to learn from others? In a sense, how do they learn and transmit their culture.

B: Of all the animals you’ve spent time with, is there one that you feel you’ve connected with most strongly from an emotional or cognitive perspective?

CS: My doggie Chula. One of the great loves of my life and one of the best friends I’ve ever had. Other than her, I’d say elephants. Their peaceful and supportive way of being in the world seems in some ways better than ours.